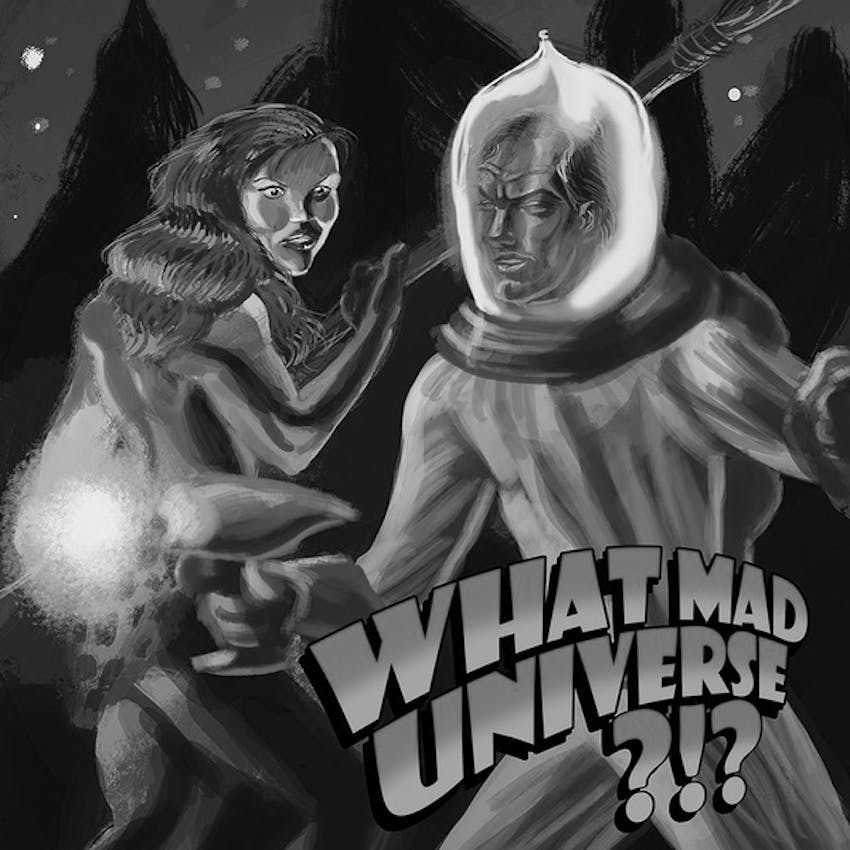 This week's What Mad Universe?!? is so bizarre it BROKE REALITY ITSELF!!! (As in, it wasn't ready early for Patreon subscribers. Subscribe at the links below, though, and you'll hear the complete and unexpurgated full-length version of the show, the one the Nova Mob doesn't want you to hear!)

At any rate, this week we tackle a subject that I've been dying to delve into for a while but that I knew would be a bit of an odd fit: William S. Burroughs "Nova Trilogy" of cut-up books. Aggressively experimental, seemingly nonsensical, lacking anything resembling a traditional plot or story, these books have nevertheless had a real impact on pop culture and especially, oddly enough, the realm of SF and genre fiction, as we explore in this episode. Brace yourselves for some sex, drugs, and alien bugs...

Support us on Patreon and listen to the show a week early!