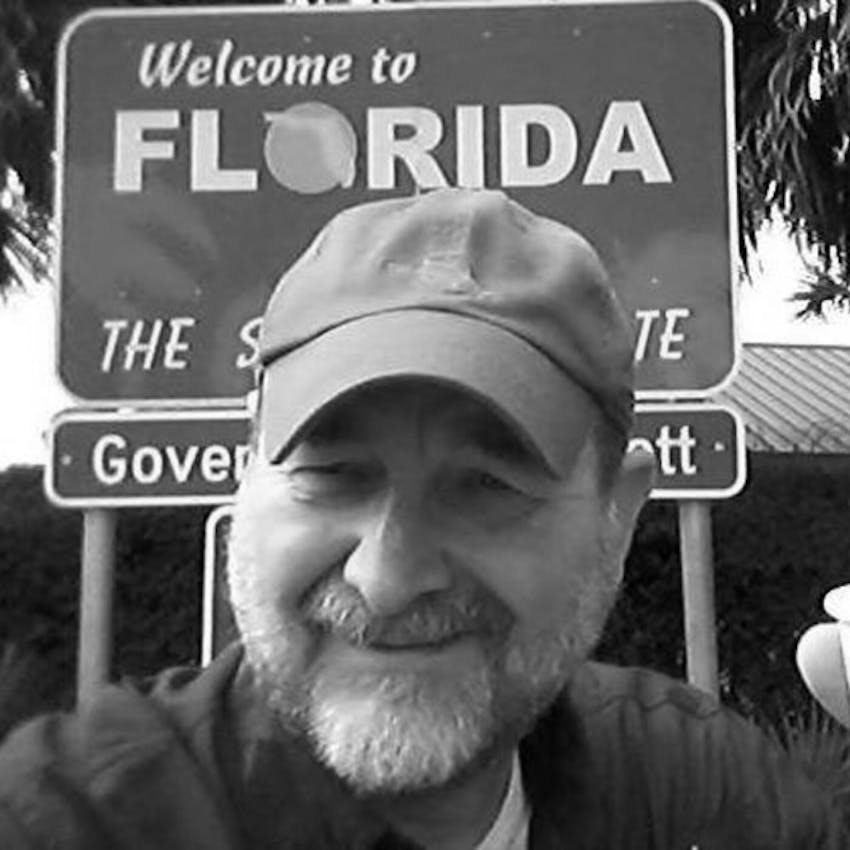 Episode 37: The Gulf of Mexico

This week's episode begins with Craig Pittman and Chadd Scott discussing the Florida Fish and Wildlife Conservation Commission's unanimous ruling to ban the possession of a large number of non-native snakes and lizards in the hopes of avoiding their introduction into the state's ecosystem like as happened with the Burmese python and tegu lizard.

Our guest is Jack Davis who won the Pulitzer Prize in 2017 for nonfiction with his book, "The Gulf: The Making of an American Sea." Craig and Chadd discuss Jack's time on the Gulf, his perspectives on the uses and abuses of the Gulf, what causes the Gulf Dead Zone, why he's optimistic about the Gulf's future, his favorite Gulfside restaurant and much more.

If you're interested in this topic, be sure to listen to previous "Welcome to Florida" episodes on Tarpon Fishing in Homosassa Bay and how industrial agriculture is destroying Florida's water supply.

If you'd like to help support Gulf of Mexico conservation, the Audubon Society's Gulf Restoration program is a great place to start.