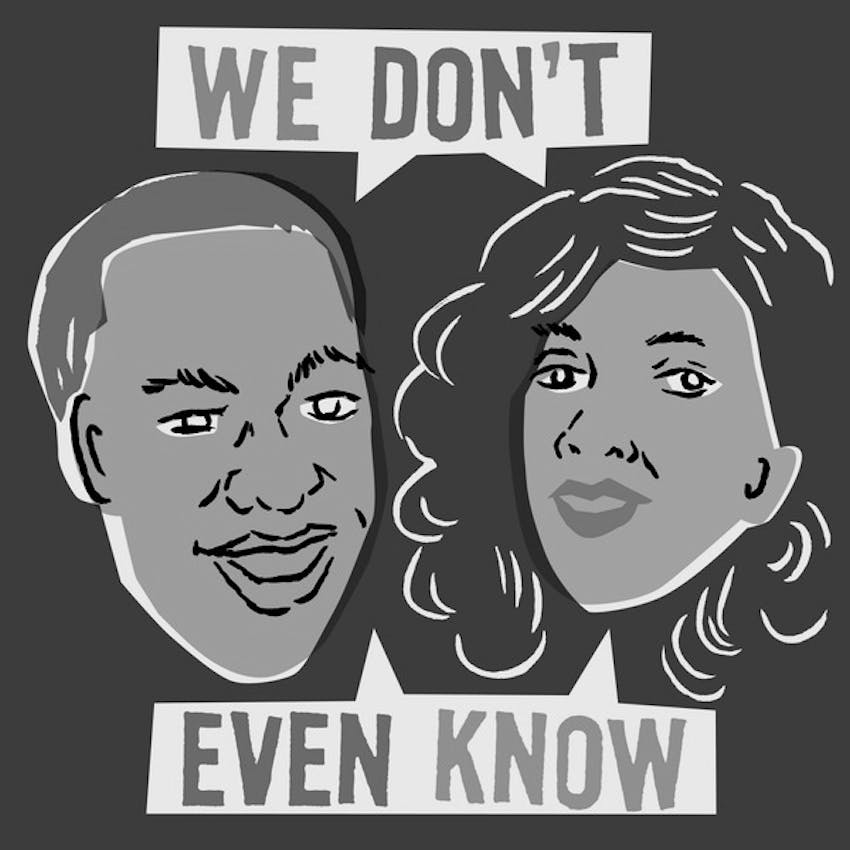 We Don't Even Know

How many meals did you have on Thanksgiving? Well for one of our hosts, that answer is more than one.  It's the holiday season and in Episode 64 (is actually Ep. 65 BUT we unfortunately had issues with the audio recording for that show from October 2018 with Sharron Paul, Shalewa Sharpe, Chris Laker and James Harvey and will be sharing their voices with you next month.) Christian and Shonali must catch up on all things food and family related.  They are joined by guests photographer (our own in house WDEK photographer) and world explorer Daria Huxley, professional figure ice skater, comic actor & filmmaker Tommy Do and musician & writer Maggy Adeleye.

Daria Huxley moved to NYC from St. Petersburg, Russia for an internship only 3 1/2 years ago.  She admits to enjoying our Russian hacker WDEK Episode 57. Daria's photos are very much like paintings in that she transforms images of architecture into beautiful abstract compositions. Christian teaches us about the "not safe for work setting" for photos on Tumblr. Daria brought two books to the show to share with the audience including 300 ft Under a book about St. Petersburg subway and Geometria, about fine art architecture.  Daria enjoys mostly taking photos of people and explains what its like to put a camera into a stranger's face.  She also enjoys surfing in the Rockaways.  Check out Daria's work on 500px.

Tommy Do is the first professional figure ice skater we have had on our show.  He just performed at Barclays Center which for you out of NYC towners is a really big arena.  He works for a family friendly company which involves a mouse.  He also is a comedy filmmaker and stars in his own film called Masc Only written by him which focuses on queer friendships and masculinity in gay culture. Tommy says "It's hard for people to hear they are gay sometimes."  Tommy is the child of Vietnamese immigrants and says there isn't much he can do to compare to the amazing feats his parents have accomplished. Want to go to Philly over the New Year to see Tommy perform?  Christian and Shonali are going.

We #GetItOffYourChest with audience member Anthony Lathon.  Topics include Black Friday, subway non-strap hangers and Facetiming during the holidays. Let it all out ya'll.

Our final guest is musician & writer Maggy Adeleye.  She moved to NYC from Houston via LA in 2017. She has made the decision to focus on creative pursuits and is now a musician and writer, and no longer a financial analyst. Maggy suffers from a chronic illness called endometriosis and is spreading the word surrounding the heft of this illness while also creating a support network for others who suffer from this disease. Maggy's emotive vocal style and acoustic finger picking style are her own but she is inspired by artists like Emeli Sande and Ed Sheeran.  Maggy admits that because of her look she is often pigeonholed as an R&B musician, but she is a soulful modern folk-pop songwriter and is currently putting together a band.  Are you a drummer, cellist or fiddler?  Listen to her perform two of her original songs for us in the studio, Tonight Will End and The City.