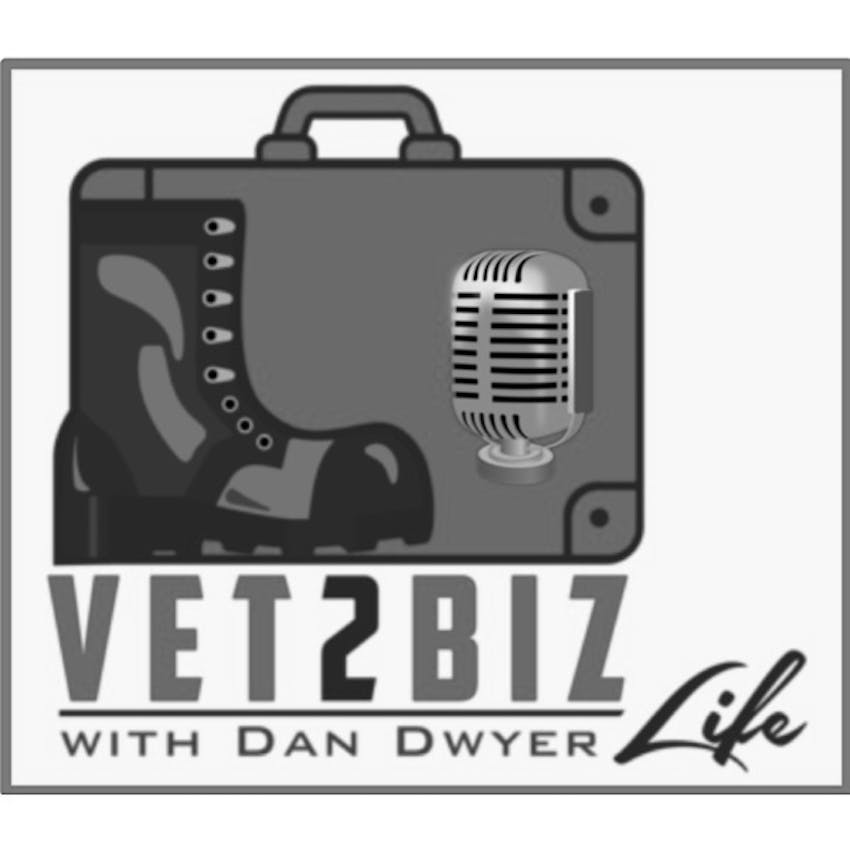 In this episode of the Vet2BizLife Podcast, my guest is Matt Sapaula, a Marine Veteran, Financial Coach, Published Author, Speaker, and CEO of Money Smart Company.  America’s “Money Smart Guy,” Matt has dedicated his professional career to spreading financial literacy through a positive message and empowering members of the middle class to take charge of their personal finances and realize financial independence. He provides families and individuals with the necessary tools and guidance to improve their financial literacy, make informed decisions, and achieve their short- and long-term goals for their financial lives.

Matt’s “Money Smart” expertise has been featured in national, regional and industry media broadcasts and publications. He was the co-host and featured financial expert for MSN Money’s reality television series, “The Invested Life” for two consecutive seasons. He’s been interviewed on FOX Business and has had numerous appearances on Chicago’s WGN, NBC, ABC and FOX television affiliates. Matt’s insights have also been highlighted in The Wall Street Journal, The New York Times, Advisor Today and Financial Advisor IQ.

With nearly two decades of success as a financial coach, Matt has packaged his proprietary planning strategy into what he has coined the “Money Smart Process,” a three-step approach to financial stability and ultimately, independence. Matt customizes each step to address the specific needs, concerns and objectives of every family member and helps them undergo a financial transformation so they realize a heightened sense of financial clarity and confidence.

In addition to his entrepreneurial enterprises designed to help the middle class realize financial freedom as president of Money Smart Company, Matt also mentors financial professionals. Matt engineered the professional Encore Career Program, to help fellow entrepreneurs launch their own independent financial services practice. Moreover, he developed the Mastermind Group, a collaborative mentorship program that guides and holds established entrepreneurs accountable throughout the strategic growth of their business. Matt’s entrepreneurial acumen has also been sourced by MillerCoors Urban Entrepreneurs Series (MUES) during its National “Tap the Future” Business Plan Competition, where Matt has been a judge alongside Daymond John from ABC’s “Shark Tank” and other respected entrepreneurs for the last three years.

Matt’s commitment to financial literacy expands beyond that of his client base. Since 2006, he has worked closely with the Federal Reserve Bank of Chicago in designing and executing the Money Smart Week® public awareness campaign. As a spokesman of this now national initiative, Matt is asked every April to participate. During Money Smart Week® he has taught complimentary financial classes to Chicagoland residents, and in recent years, he has had the privilege of moderating the esteemed “economic outlook on personal finance” panel. Matt also educates Americans on the latest financial and business news as co-host of the Money Smart Show, a 60-minute personal finance and entrepreneurial coaching radio program that broadcasts every Saturday from 1 p.m. to 2 p.m. CST on WCKG-AM 1530 with podcasts available on iTunes and moneysmartshow.com. He’s also in the process of launching Money Smart TV, a weekly, five-minute financial news and coaching briefing.

Prior to discovering his passion for finance, Matt was serving as a decorated United States Marine with tours in Somalia, Africa, Asia, and the Persian Gulf. He attributes this time in his life to instituting the values, discipline and drive that he brings to the financial industry. After completing his service, he was one of the first Veterans to utilize the GI Bill to earn his Certified Financial Planner™ designation through DePaul University's Financial Planning program. Shortly thereafter, he was recruited to start his financial services career at a large brokerage firm in Southern California. Three short years later Matt recognized the need for an unbiased financial voice in America and in 1999 he opened the doors to Money Smart Company to offer consumer and career coaching services. ​ Matt is a proud father of three and a Chicagoland resident. He spends his free time with his children, participating in various sporting and church ministry activities.