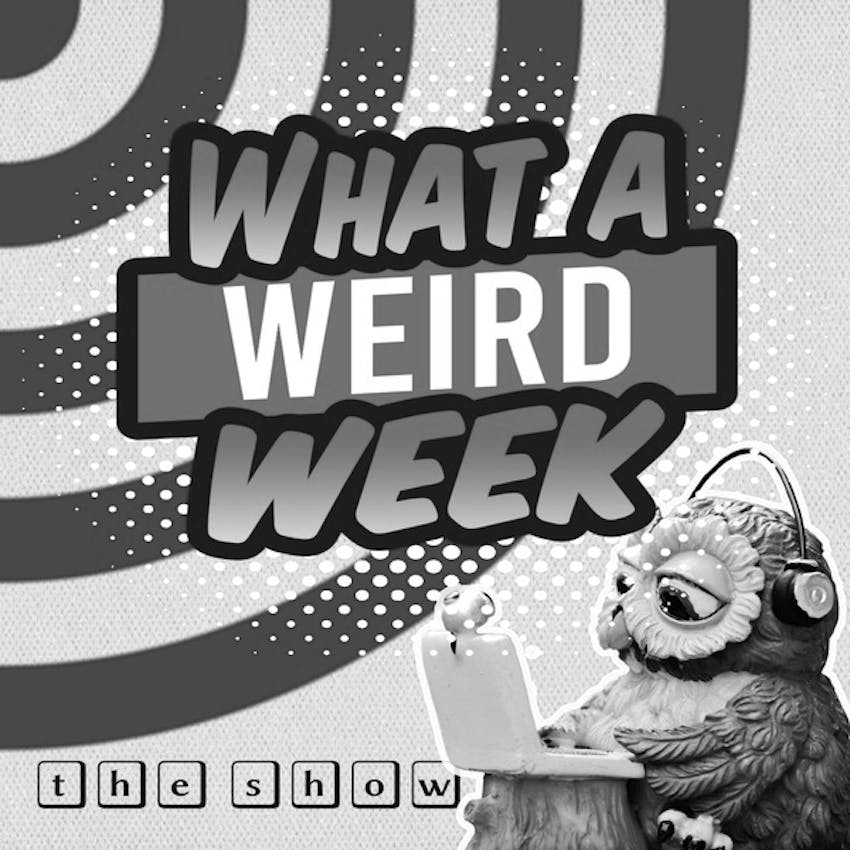 What a Weird Week

What a Weird Week: a podcast featuring the top ten weirdest stories of the week.
Twitter: @WhataWeirdWeek. Protip: Hit Play and Scroll through the shownotes...

If you invent a robot butler, you're making the top ten list for sure. If it's described as hanging from the ceiling like a bat, you will be deducted several points for creepiness.

There is a slim to none chance that you didn't hear about this one because everybody reported it before the President got Covid. Courts in Ireland have ruled that Subway bread has too much sugar to legally be called bread, so now it's grouped in with delicious cake!

8 Them Crows is Smart!

If this one slipped under the radar, it might've been because the crows didn't want you to know so they hacked your algorithm.

7 Halloween Candy is Selling like Crazy! People don't even know if they'll have Trick-or-Treaters!

I heard a Business Wars podcast about how some candy companies didn't produce as much Halloween candy this year because they were unsure of the market. Then we had that story about Marshmallow Peeps taking Halloween off completely!

It's true that I have a Jet Pack obsession. It all started when I was in grade 2 and Jimmy Mckenzie said his book bag had a jet pack in it and jumped off the monkey bars.

Every year at this National Park in Alaska, they do a a Fat Bear competition. The goal is to spot a fat bear, or I guess if you're the bear, the goal is to BE a fat bear...

This week the news came out about a plastic-eating enzyme that may save our planet. It's the Plastic Eating Super Enzyme that we don't deserve. A different approach to recycling and getting rid of plastic in the environment!!