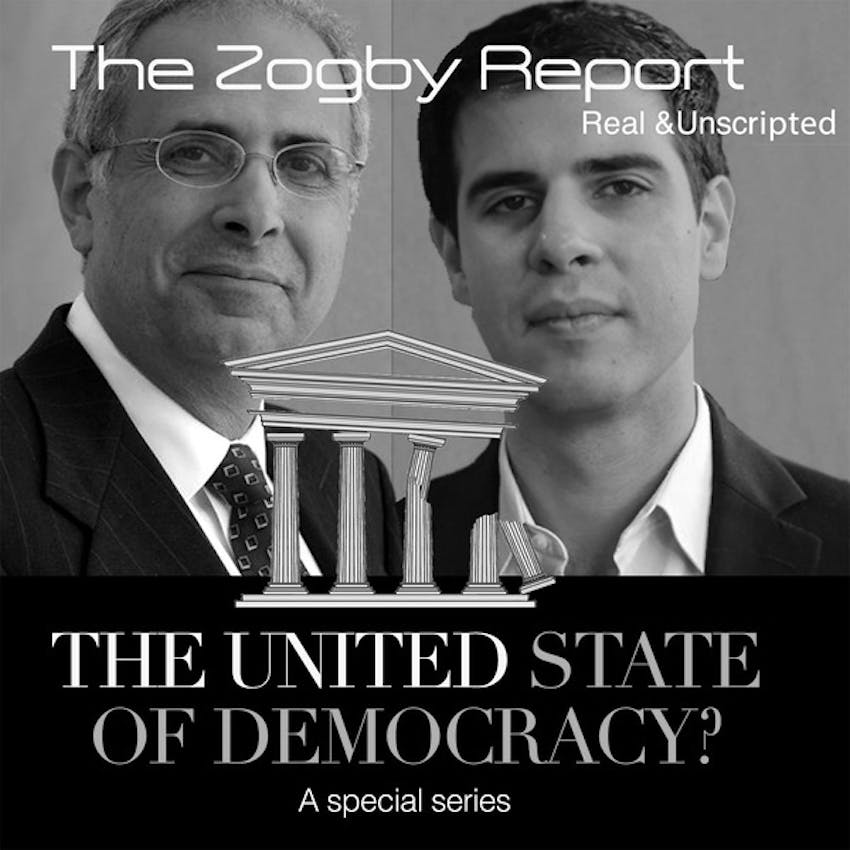 The Zogby Report: Real and Unscripted

We end the week with 42 million (approximately 20%) of Americans unemployed and the remarkable events of the past several days. The country continues to react to the murder of George Floyd and others, and protests against police brutality and institutional racism grow across the country.

On today’s podcast, we’ll begin with politics and the President’s disgraceful, disturbing and dangerous behavior, and how it is beginning to hurt him with a key demographic of voters.

As we look at the way the media has been covering recent events, we’ll discuss to what extent is the media coverage journalism or activism?

Finally, will the largest part of this developing story continue to primarily focus on race or police brutality in general?

A reminder – if you want to see what Americans are telling us about where we’re heading into the future, we’ve released the first of our new bi-weekly reports – The IntelligenSEER, in partnership with EMI Research Solutions. You’ll not only get the numbers but will also get our analysis of what they mean.

01:00 As noted in the weekly report card for the Washington Examiner, this week, the President’s behavior is disgraceful, disturbing, and dangerous. And for the first time, it may be hurting his poll numbers. As of today, Biden is leading by double digits in most polls and Trump is losing ground with a key demographic – senior citizens.

15:00 – Racism and Police Brutality. What are the long term implications of this developing movement and what’s at the core?

17:27 – The IntelligenSEER, our bi-weekly report on the future of America.