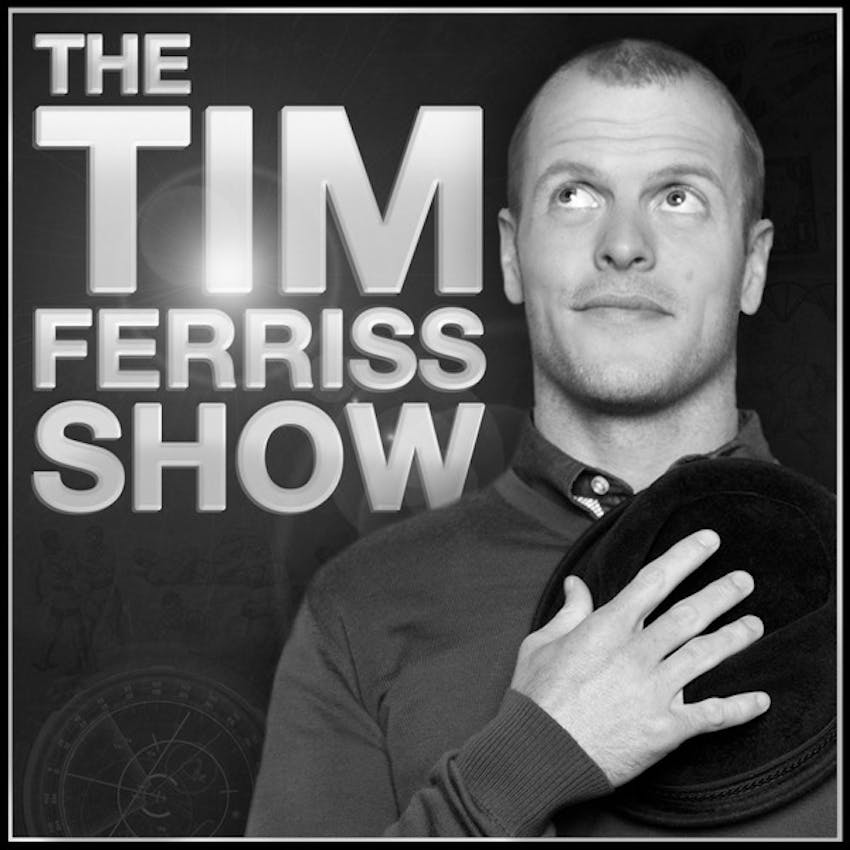 #219: Lessons from Warren Buffett, Bobby Fischer, and Other Outliers

Adam Robinson (@IAmAdamRobinson) first appeared on this podcast in the "Becoming the Best Version of You" episode (#210) alongside Josh Waitzkin (chess, jiu-jitsu, investing) and Ramit Sethi (personal finance, entrepreneurship). By popular demand, this is a dedicated episode of Adam's stories and life lessons. Adam Robinson has made a lifelong study of outflanking and outsmarting the competition. He is a rated chess master who was awarded a Life Title by the United States Chess Federation. As a teenager, he was personally mentored by Bobby Fischer in the 18 months leading up to his winning the world championship. Then, in his first career, he developed a revolutionary approach to taking standardized tests as one of the two original co-founders of The Princeton Review. His paradigm-breaking -- or "category killing," as they say in publishing -- test-prep book, The SAT: Cracking the System, is the only test-prep book ever to have become a New York Times bestseller. After selling his interest in The Princeton Review, Adam turned his attention in the early '90s to the then-emerging field of artificial intelligence, developing a program that could analyze text and provide human-like commentary. He was later invited to join a well-known quant fund to develop statistical trading models, and since, he has established himself as an independent global macro advisor to the chief investment officers of a select group of the world's most successful hedge funds and family offices. In his spare time, he's also become pen pals with Warren Buffett. This is a wide-ranging conversation (aka conversational parkour) with lots of takeaways. I hope you enjoy listening to it as much as I enjoyed recording it! Show notes and links for this episode can be found at www.fourhourworkweek.com/podcast. This podcast is brought to you by Wealthfront. Wealthfront is a massively disruptive (in a good way) set-it-and-forget-it investing service, led by technologists from places like Apple and world-famous investors. It has exploded in popularity in the last two years and now has more than $2.5B under management. In fact, some of my good investor friends in Silicon Valley have millions of their own money in Wealthfront. Why? Because you can get services previously limited to the ultra-wealthy and only pay pennies on the dollar for them, and it's all through smarter software instead of retail locations and bloated sales teams. Check out wealthfront.com/tim, take their risk assessment quiz, which only takes 2-5 minutes, and they'll show you -- for free -- exactly the portfolio they'd put you in. If you want to just take their advice and do it yourself, you can. Or, as I would, you can set it and forget it. Well worth a few minutes: wealthfront.com/tim. This podcast is also brought to you by 99Designs, the world's largest marketplace of graphic designers. I have used them for years to create some amazing designs. When your business needs a logo, website design, business card, or anything you can imagine, check out 99Designs. I used them to rapid prototype the cover for The 4-Hour Body, and I've also had them help with display advertising and illustrations. If you want a more personalized approach, I recommend their 1-on-1 service, which is non-spec. You get original designs from designers around the world. The best part? You provide your feedback, and then you end up with a product that you're happy with or your money back. Click this link and get a free $99 upgrade. Give it a test run...

If you enjoy the podcast, would you please consider leaving a short review on Apple Podcasts/iTunes? It takes less than 60 seconds, and it really makes a difference in helping to convince hard-to-get guests. I also love reading the reviews!

For show notes and past guests, please visit tim.blog/podcast.

Sign up for Tim’s email newsletter (“5-Bullet Friday”) at tim.blog/friday.

For transcripts of episodes, go to tim.blog/transcripts.

Interested in sponsoring the podcast? Visit tim.blog/sponsor and fill out the form.