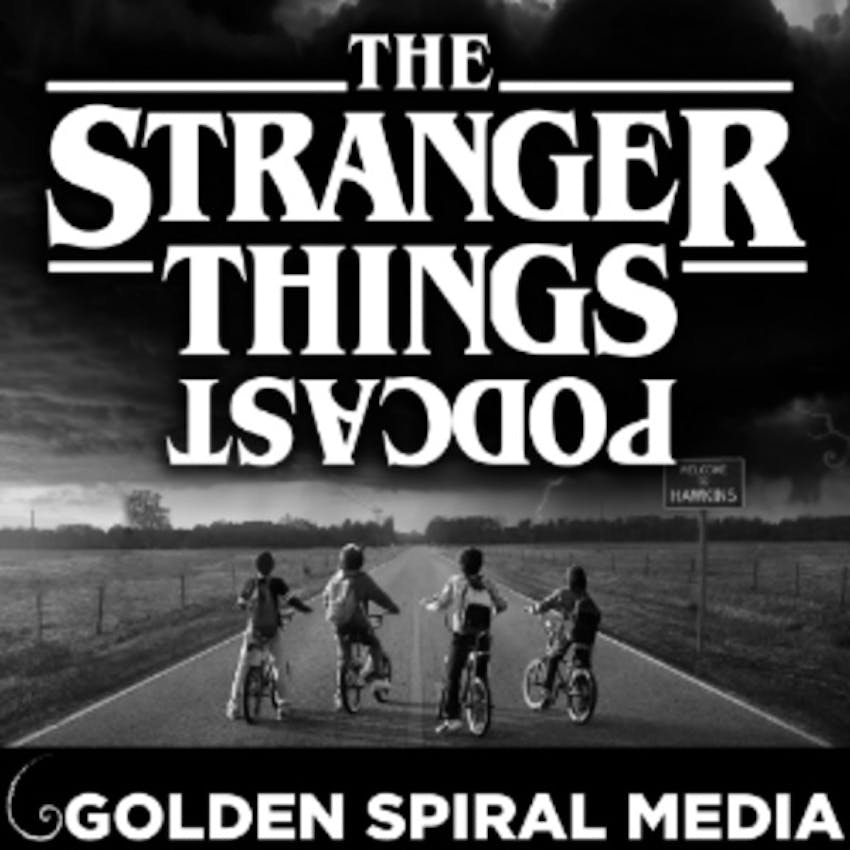 E Pluribus Unum. Out of many one. Powerful is the Monster’s influence. Pulling all those that are infected towards the source. Countless innocent residents of Hawkins giving their lives to the Mind Flayer, as many become one. We must put our hope in the few that understand what consequences reopening the gate will bring.

Team Scoops Ahoy has been discovered by the Russians. Steve and Robin sacrifice their freedom so that Dustin and Erica can get away. They say the simplest answer is the right one. Steve really does work for Scoops Ahoy and really did stumble across the secret compound by accident. Sure he was having a fun time solving a mystery with Dustin. I am not sure that Steve thought it would turn out to be real. I love that we got a vulnerable moment from Robin in this episode. She admits she had a crush on Steve. In a moment where it looks like our heroes can’t take much more Dustin and Erica save the day with a taser. Why do the Russians have this instrument? Do the Russians have creatures from the Upside Down captured here?

Grigori wants to find Hopper. He is using violence to inspire Mayor Kline to give up information. I don’t think the Mayor has the information the intimidating Russian wants. In Illinois Hopper and Joyce are continuing to try to get information from the Scientist. Alexei is afraid. What will happen if he doesn’t do what his superiors want from him? He saw what happened to the last Scientist that did not produce results. Perhaps he will help the Americans. They seem to have experience with things involved in his mysterious research.

At Hawkins Hospital the lights begin to flicker. Will feels the presence of the Mind Flayer. The kids proceed to the fourth floor to see what is going on. Nancy is running from the Monster. She barricades herself in a room thinking that it will give her a moment of safety, however the creature has a disgusting talent. It can break down into the slime that it is made of and squeeze through the grate at the bottom of the door. Nancy came really close to becoming a servant of the Mind Flayer. At the last moment Eleven is able to toss the creature off of Nancy. Then in an extraordinary burst of energy El launches the creature out of the window. The creature slinks into the sewer. They must find Billy. He may be able to shed some light on the plan. What should the next step be?

In the void El is able to find Billy. We finally get some details on why he is filled with so much rage. Billy Hargrove was violent and angry long before the Mind Flayer came to town. The question remains can the kids stop this evil before it controls the mind of every resident in this town? What did Billy mean when he said this was all built for Eleven? What will happen now that the Mind Flayer has El in it's sight. Joyce is concerned that the man relaying a telephone message to Dr. Owens does not understand the gravity of the situation. You know who does understand the urgency of phone messages? Darrell and Addi would love to hear from you as this mystery continues to unravel.