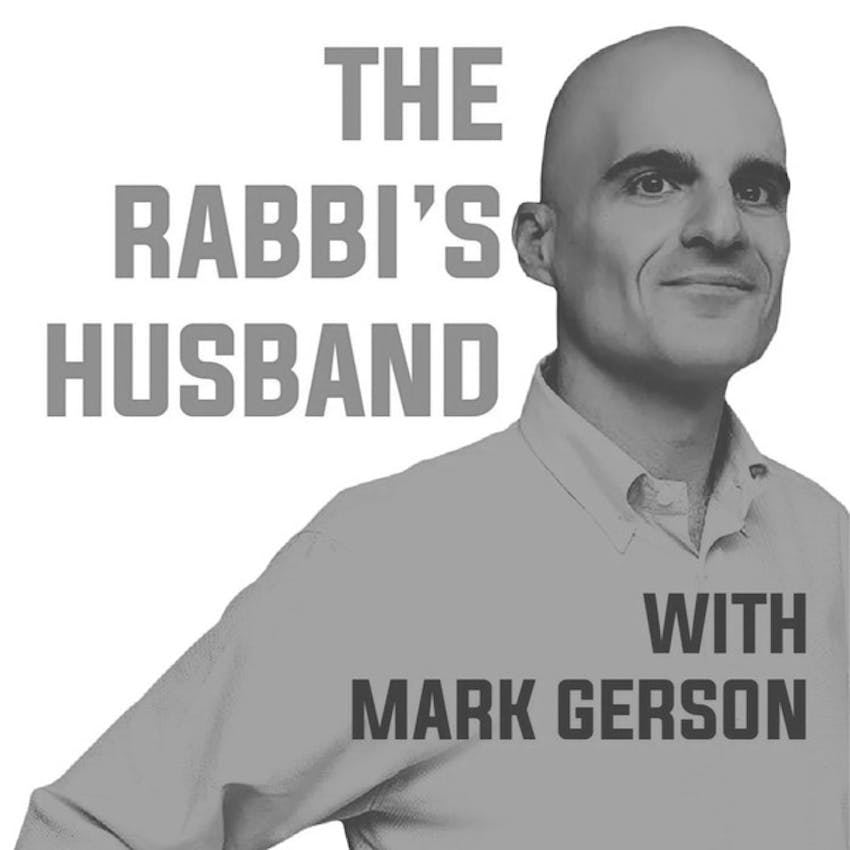 Mark is delighted to welcome his good friend and fellow cigar aficionado, Rabbi Steven Weil, to the podcast this week. Currently the National Director and CEO of Friends of the Israel Defense Forces (FIDF), Rabbi Weil previously held the position of Senior Managing Director of the Orthodox Union (OU) for 11 years, and his Torah commentary  - some of the most incisive Mark has heard – can still be found on some of their fairly obscure websites. The passage he has chosen to discuss with Mark is Genesis 23.   They begin by summarizing the passage and go on to explore its significance for the Rabbi based on a large part in Rabbi Soloveitchik’s reading of it, including the notion of Abraham being both an alien/stranger and an inhabitant. They also look at the respect the Hittites have for Abraham, his rejection of Ephron’s generous offer, the dialectical existence of the Jew, and the tension that this existence can, at times, generate. God’s eulogy of Sarah and some examples of people living their life like her are also examined before Rabbi Weil concludes the episode with the lessons he has learned about mankind and the Jewish concept of learning. Much like the Rabbi, you will undoubtedly find yourself questioning your own assumptions as your brain is stretched during today’s enlightening and inspiring conversation between these two great friends.   Episode Highlights:  ·   Their summary of the passage and its significance for Rabbi Weil ·   The Hittites’ respect for Abraham ·   Abraham as both alien and inhabitant ·   His desire for a place that he owns and controls completely ·   Rabbi Soloveitchik’s reading of this text ·   Abraham’s rejection of Ephron’s free offer ·   The dialectical existence of the Jewish people ·   Rabbi Weil’s examples of the tensions arising from this existence ·   God’s eulogy of Sarah ·   The examples of Bernie Lander and Dr. Ruth ·   The lessons Rabbi Weil has learned about humankind ·   The Jewish concept of learning    Quotes:   “Even though they’re polytheists, they recognize this man, the Prince of God.”   “They never understood him when he said ‘ger ve-toshav’ – ‘I’m a stranger and I’m an inhabitant’.”   “What, are you better than us?”   “The Jew leads, so to speak, a dialectical existence.”   “Probably the most loyal Americans that I’ve ever met are survivors.”   “We, as Jews, are much more responsible for the benefit and the welfare of this country.”   “You can’t give someone an answer when they’re not listening.”   “Always retain the qualities of that stage in your life as you pass through it.”   “If you can combine energy and enthusiasm with wisdom, that’s how you become Sarah.”   “The ideas I cannot take credit for.”   “What appears on the surface is 99% of the time not the case.”   “The older we get, the more rich our learning is because it builds upon our previous experiences.”     Genesis 23 Sarah’s lifetime—the span of Sarah’s life—came to one hundred and twenty-seven years. Sarah died in Kiriath-arba—now Hebron—in the land of Canaan; and Abraham proceeded to mourn for Sarah and to bewail her. Then Abraham rose from beside his dead, and spoke to the Hittites, saying, “I am a resident alien among you; sell me a burial site among you, that I may remove my dead for burial.” And the Hittites replied to Abraham, saying to him, “Hear us, my lord: you are the elect of God among us. Bury your dead in the choicest of our burial places; none of us will withhold his burial place from you for burying your dead.” Thereupon Abraham bowed low to the people of the land, the Hittites, and he said to them, “If it is your wish that I remove my dead for burial, you must agree to intercede for me with Ephron son of Zohar. Let him sell me the cave of Machpelah that he owns, which is at the edge of his land. Let him sell it to me, at the full price, for a burial site in your midst.” Ephron was present among the Hittites; so Ephron the Hittite answered Abraham in the hearing of the Hittites, all who entered the gate of his town, saying, “No, my lord, hear me: I give you the field and I give you the cave that is in it; I give it to you in the presence of my people. Bury your dead.” Then Abraham bowed low before the people of the land, and spoke to Ephron in the hearing of the people of the land, saying, “If only you would hear me out! Let me pay the price of the land; accept it from me, that I may bury my dead there.” And Ephron replied to Abraham, saying to him, “My lord, do hear me! A piece of land worth four hundred shekels of silver—what is that between you and me? Go and bury your dead.” Abraham accepted Ephron’s terms. Abraham paid out to Ephron the money that he had named in the hearing of the Hittites—four hundred shekels of silver at the going merchants’ rate. So Ephron’s land in Machpelah, near Mamre—the field with its cave and all the trees anywhere within the confines of that field—passed to Abraham as his possession, in the presence of the Hittites, of all who entered the gate of his town. And then Abraham buried his wife Sarah in the cave of the field of Machpelah, facing Mamre—now Hebron—in the land of Canaan. Thus the field with its cave passed from the Hittites to Abraham, as a burial site. https://www.sefaria.org/Genesis.23.1-20?lang=bi&aliyot=0     Links:   The Rabbi’s Husband homepage: The Rabbi's Husband   Mark’s Twitter: Mark Gerson - The Rabbi's Husband (@markgerson)   The Rabbi’s Husband Newsletter contact: daniel@therabbishusband.com