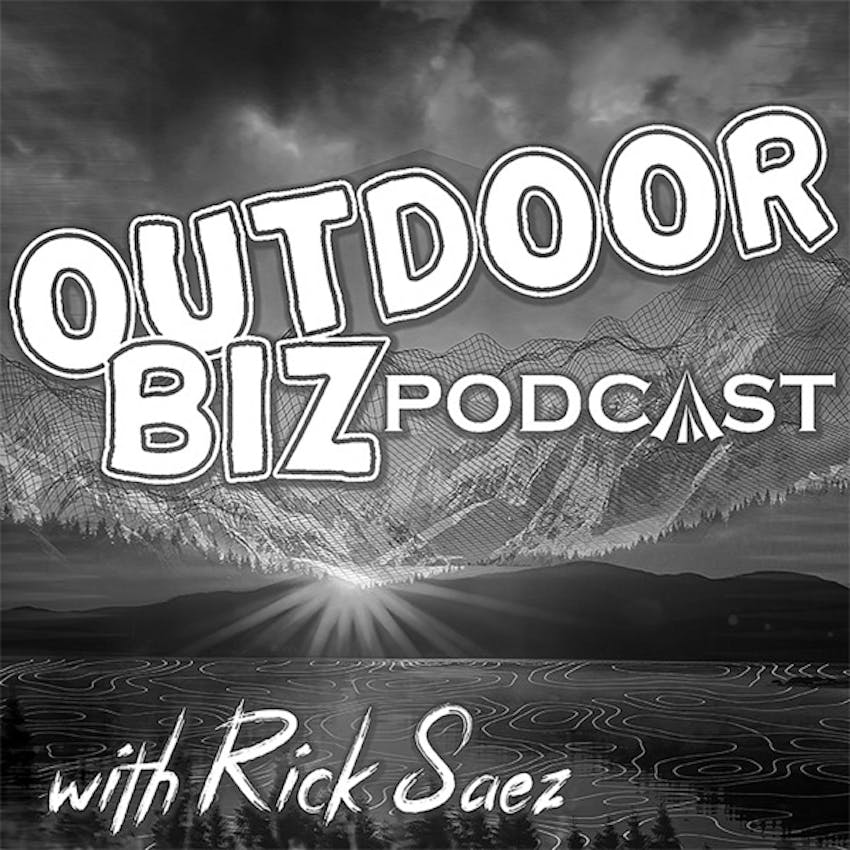 Play
Like
Play Next
Mark Played
Greenbelly makes stoveless backpacking meals for those of you that don’t carry stoves on your outdoor adventures.   Facebook Twitter Instagram   The Outdoor Biz Podcast   Please give us a rating and review HERE Show Notes Sponsors

Things we talked about

How Chris got into the Outdoors

I grew up in Georgia and my dad got me camping when I was really young. On family trips and we'd go car camping. We'd pull up the car to a state park and make dinner right by the car and set up the tent right by the car and all that stuff. And to get fishing on the lake nearby. When I was a kid and I always liked being outdoors, but the real kind of hiking and backpacking exposure was in Boy Scouts, which is kind of a common tale I guess. I came to boy scouts much later than most people, I was 14. And I had the idea to be an Eagle Scout. I really wanted to get my Eagle Scout. It seemed like a positive thing to do. So I got my Eagle Scout and I think in pretty record time. I got in, I think, about three years. Wow. So that was big deal. And one of the merit budgets, I think at the time was you needed to sleep outside 2o nights. So part of that was doing lots of hiking and backpacking. I think that was really the exposure to backpacking was boy Scouts.

Why start a food company

Well, as I mentioned about the process of elimination, not really wanting to go back to accounting. It wasn't that I hated it. I just thought, what else could I do? So I've been traveling for nearly two years, mostly adventure travel and doing the Appalachian trail, as well as bicycle touring, New Zealand. I was doing long durations of high-intensity travel, hiking, 20 miles a day, or cycling a hundred miles a day. I was really burning a lot of calories. And I was typically pretty far away from any sort of resupply point for food. So as you know, just like with hiking, you've got to be very mindful about maintaining high levels of consumption caloric and making sure that you can keep your pathway to a minimum because you have a long way to go until you have your next resupply.

So a lot of the products on the market, I mean, I was eating peanut butter, olive oil, all honey, all sorts of like real high fat, high sugar stuff, just to get calories. And I started thinking about doing something that would be a little better, a little different in the States. So there were bars, bars were 200 calories and everybody was low calorie, low calorie. And we're like, uh, no calories and we wanted high calories. And the add hot water meals were, I'm not going to say all of them, but a lot of them had very processed ingredients and they took time to set up. You had to boil that hot water and you had to set up your stove or something. So I thought that their kind of could be an overlap between the bar and the meal ideas. And so I started thinking about that product.

I came home and was actually living with my parents after traveling for that time period. I just finished up with the trail, that was the last thing that I did. And I came home and was pretty familiar with the gear market, what all was out there and what people were using. And specifically with the food, what people were consuming and thought, you know, why not? I have an idea, hell, I could throw this at the wall and maybe it'll stick. And again, the same mentality as to why not quit my job and travel? Why not start a business now, I really didn't have that much money to lose. And the worst case was I'd go back to accounting.

I say one thing that's probably more relevant to today than ever. I feel like being authentic is pretty huge. I think that a lot of, especially maybe a few years ago when I was starting off, I saw, I wouldn't say dirty tactics being used, but definitely less than authentic things going on. Occasionally somebody does some stuff. And I think that with the rise of social media, transparency is pretty big and, has subsequently made authenticity even more relevant.

Connect with Christoper and Greenbelly

Please rate and review us  HERE  Thank you!