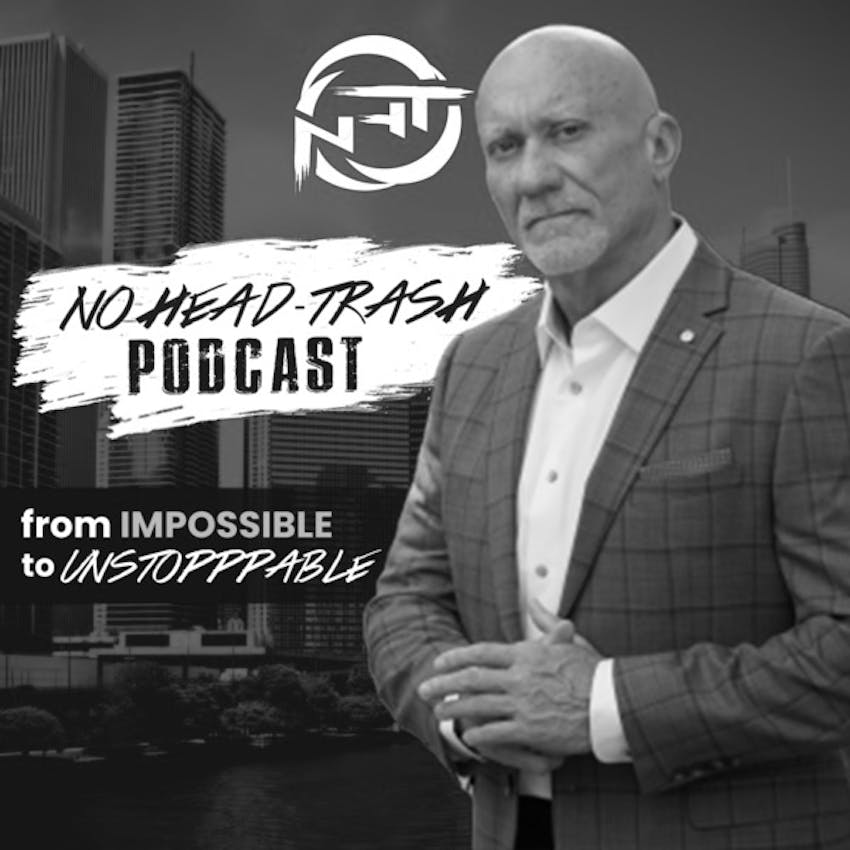 EP 72 | Imagine if we Believed

Episode 72 - Imagine if we believed

For a free advance copy of my latest book, “Circumstances Lie”, CLICK HERE OR Text 'EZBOOK' to 474747

For more information about My Practice Zone mastermind or to connect with Greg, visit www.noheadtrash.com or email greg@noheadtrash.com

Greg is a business owner, speaker, podcaster, best-selling author and high-performance health coach who helps people move past circumstance to calling, beyond brokenness to breakthrough. Greg Believes that "Circumstances Lie" about what's possible and that brokenness is the opportunity for Breakthrough in your life, your business and your people.

Greg is the International Best-Selling author of

·        Broken – how being broken unlocked the greatest success of my life

·        A Journey of Significance – the Story of Albert Diepeveen –moving from Success to Significance.

… and the exciting release of his 5th book, titled “Circumstances Lie”, ‘There’s more going on than you think.’

Hey, it’s Greg Yates from the No Head trash Nation… where our mission is to Unlock your purpose, help you Live with Passion and become who you were created to be!

You’re capable of more than you’ve experienced so far, and there is an unencumbered life waiting for you right on the other side of that make-believe barrier that’s been holding you back.

It’s time to get rid of the head trash and THRIVE – and to do that, it takes a nation. The no head trash nation where the battle you’re fighting becomes the opportunity of a lifetime.

So today I’m going to let you in on a little … well almost embarrassing discussion I have with myself … I admit it… almost every day. Yes, it’s embarrassing… and no, it’s not logical… but this is a place where we get real and today I’m going to get real because this is a HEAD FAKE we give ourselves – or I give myself anyway – that gives us the illusion of progress without actually doing anything… and it exhausts OUR BELIEF>

Imagination is like a simulator, right?  Have you ever been on one of those simulators at Disney where you’re flying a fighter plane or riding a rollercoaster… except you’re not really?

How does your body respond? Oh it has nothing to do with logic, can we agree on that? You get almost all of the sensations of the real thing… but without the risk and without actually experiencing the thing you’re simulating….

So, you’ve imagined that life changing thing you’re here to do )(and you are, by the way) – what happens?

·        Your limiting beliefs SAVE YOU from taking action.

No.. nobody thinks that… so you’re safe.

Let me ask you something. Is anybody better off because you were safe? Because you caught yourself before you did something risky?  The answer is… NO.

So just imagine with me that you were willing to risk a minute or two out of your comfort zone and it would change somebody’s life? Imagine all of the people wearing fake smiles who wonder if you’re really someone who would listen or could help them… because they’ve heard you say you can.

Imagine what it would be like to KNOW your purpose. To be able to say it OUT LOUD no matter who hears and live it out even if you make a mistake or two in the process?

Oh… and by the way… not everybody is going to validate you because SURPRISE… when you step out to do something important, sometimes it makes other people uncomfortable.

So let me tell you what other people have planned for you. What would make them comfortable all the time.  NOT MUCH. They don’t have anything planned for your life. They’d prefer you just marched to the beat of society’s drum and hold your place in line - NO CUTTING….. thank you very much.

But that’s not the dream you’ve been dreaming, and it’s not mine either. Maybe today is the day we step over the line of courage and put into ACTION, what we truly believe.

A good friend of mine told me just today that he was inspired through words he read in the Scripture… that went something like this. Don’t be hearers of the word only, but doers. Don’t be like the man who looks at himself in the mirror and then after walking away forgets what he looks like. Don’t forget what your future looks like or the dreams you have been given to be your best and inspire others to be their best as well.

It’s time to get rid of the head trash and become the incredible, inspiring, unstoppable person you were created to be.