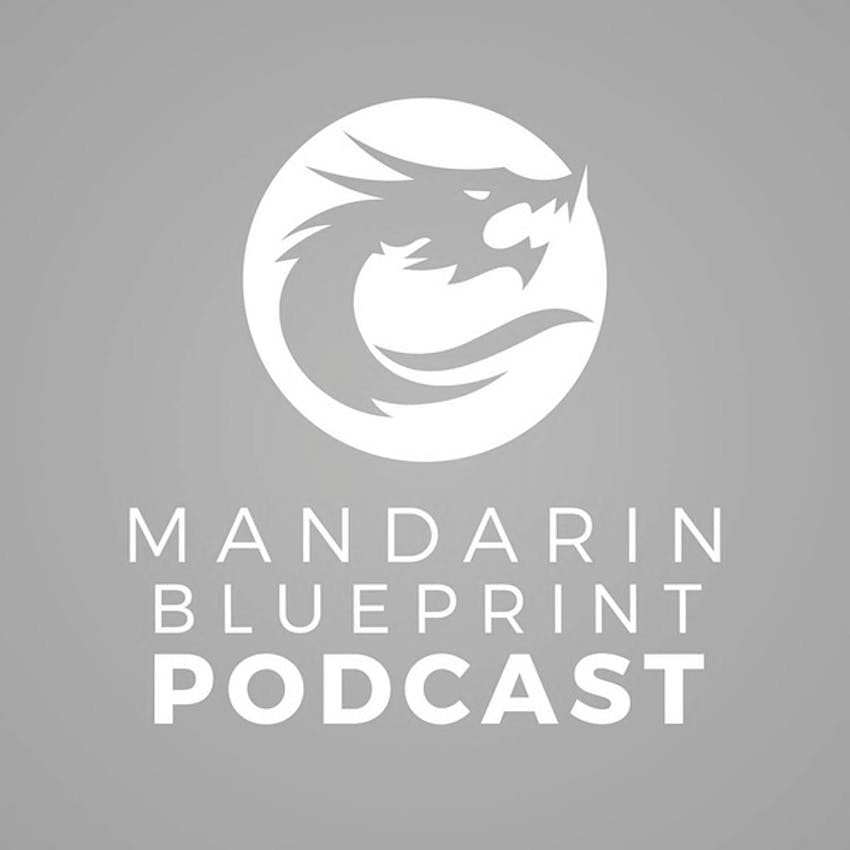 I’m on Level 13 and still doing reviews from the Pronunciation deck. Is that normal? Should I continue? I find that now I’m in sentences it’s taking a lot more time and I’m wanting to fly by the older Pronunciation deck to get to the time intensive sentences.

I am a few weeks into the foundation series and have a question. In the hanzi movie method, what is the difference between sets and rooms? And how do you imagine a room inside of a set? As an example, the word cóng 从… I picked my set as the open garage at my teenage house because that is where we played ping-pONG. Since this word is tone 2, the room within the set is the kitchen. But I have a hard time imagining a kitchen in a garage since they are two separate locations. Any advice?

Sabrina Sutherland on BONUS: STRATEGY is Everything While Learning Chinese

This particular video really resonates. I have always wondered why learning a language was so difficult for me. It makes perfect sense that trying to learn a language as an academic subject is almost impossible. It’s like I’m on the outside looking in and just regurgitating random pieces of information I’m given to memorize rather than actually being on the inside and absorbing the language so it comes out naturally. Thank you for making a program that actually works for me!

I notice that the staff appears before the razor blade. Does the order matter? I’ve got it the other way round to help me remember the stroke order.

I did so much better on these Anki cards than I expected. I’m still working on listening skills, and not even close to “native speed” audio. But I feel encouraged by being able to hear the difference better than I used to.

I’ve been reading up on the different usages of “跟” as just learned in link below, however I don’t quite understand why this character is used in the first sentence. I would greatly appreciate the explanation, worst case I thought to flag it in case it isn’t clear for others too.

Is there a part of the course where grammar is taught?

Question: When I hear you pronouncing tai yuan le (sorry, can’t do tones on keyboard), I’m not hearing an ‘n’ sound in yuan. Could you clarify, please? Thanks!

When you show the slide with the total characters for the course, is it the foundation course, or it includes the intermediate as well?

If I used someone’s house as a set, can I use that person as an actor? Or that would be too confusing?

Hi! In 我们公司有两百名左右员工 is 名 some kind of counter for persons?

In the 2nd sentence, 哥们 is translated as my buddy – should it be 哥们儿 ?

Does this mean something like ‘I’ve just arrived at the station’?

My literal translation doesn’t seem to make sense: I briefly already arrived at the station

Hi! This construction puzzles me a bit. It is the 我约了她

First, having the verb so close to the beginning of the phrase is “different.” Then having 了right before the person with whom the appointment with no connector is also odd.

I was expecting a construction like 跟她一起 to indicate with whom I had a “date” or an appointment. So:

Is this a correct sentence? 我约了跟她一起

English:
I made an appointment with Xiaoming to go eat.

English:
I made an appointment to eat with her today.

I noticed that 干 in the final example is gàn with a fourth tone, meaning work. But we just recently learned 干 as gān. I’m confused because I thought that even when words/syllables sounded the same, they had different characters (such as with the different meanings of tā). What am I missing?

I’m struggling with translating 钱再多也比不上爸爸的公司. Would somebody be able to explain it to me more literally?

Jessica is in the backyard of the Oval, with a highlighter pen and a poster of Beijing, on which she is highlighting EXACTLY the best route through Beijing in order to take in all of the wonderful sights. She wants the audience members to know EXACTLY where to go when they go to Beijing so that they get the most enjoyment out of this beautiful city.

I am familiar with the works and philosophy of Rudolf Steiner because my children attended a Waldorf school. I would have never connected AT EASE in this way but now I think I will steal your good idea. Thanks for the share.

Queen Elizabeth is in the backyard of BurnEtt with a werewolf on a treadmill. She is doing a study to see how far a werewolf can run. The werewolf is exhausted – its tongue is hanging out the side of its mouth and it keeps looking at the Queen with pleading eyes, but she just replies, MORE! MORE!

Has anyone noticed that their own stories have gotten shorter? It seems that the reason there are so few stories posted is because it takes much longer to type them down than to just come up with them. I’ve found that quite often my story is just one sentence that contains everything I need to know. Maybe we’re just becoming our own rock stars. If I didn’t need to have the necessary time to finish my Anki I could easily do 30 movies per night. I am now moving at a much faster rate of acquisition of characters than I ever have before. I think this course is just so amazing! My tutor has a hard time keeping up with me and thinks I am just pretending to learn all these new characters. ha! The only reason now that I am typing anything is because I hit my own self imposed time clock and don’t want to stop. When does that wall supposed to show up? I have yet to get tired or want to take a break.

My g-actor is outside my (e)n-set with a giant set of human feet. He smashes the heel of one foot of the giant human feet with a sledgehammer, as it starts bleeding he screams “THE HEEL WON’T HEAL BUT THE OTHER HEAL IS HEALED”.

And some of my stories these days are pretty shoddy, just shoehorning the props into the locations! But it’s doing the job. Like you, I feel I could just blitz through the characters, but Anki and fitting in listening and reading practice means just taking it slow and steady, in the knowledge that eventually, someday in the future, we’ll get to that magical 1500 (…then 3000 😶) mark.

I’ll race you there Mike!

Tyson on Make a Movie 踢

Christine on Make a Movie 黑

Harrison Ford, in his persona as Indiana Jones, is on an archeological expedition somewhere in the desert, and in the background, you can see some ruins that look suspiciously like my old student residence (my -ei location).He is sitting and warming his toes at a campfire

Shrek has just stepped out of the shower and is clad only in a towel. He hears a noise and quickly grabs his sword, but it is just Fiona who whistles and comments, “HANDSOME!”

Sean Connery and Brad Pitt are standing outside the entrance of my childhood home. Sean Connery is TEACHING Brad Pitt how to be a suave gentleman and has taken out a razor blade to shave Brad’s beard, which he finds not to his liking, while he discusses the finer points of his lesson, which he has listed on the blackboard in front of them – driving a fast car, dating fast women, spying for the good guys…

Sean Connery is in the backyard of my childhood home dressed in only a towel and a tophat. The auction MARKET is in full swing as the audience of ladies bid ever higher upon him.