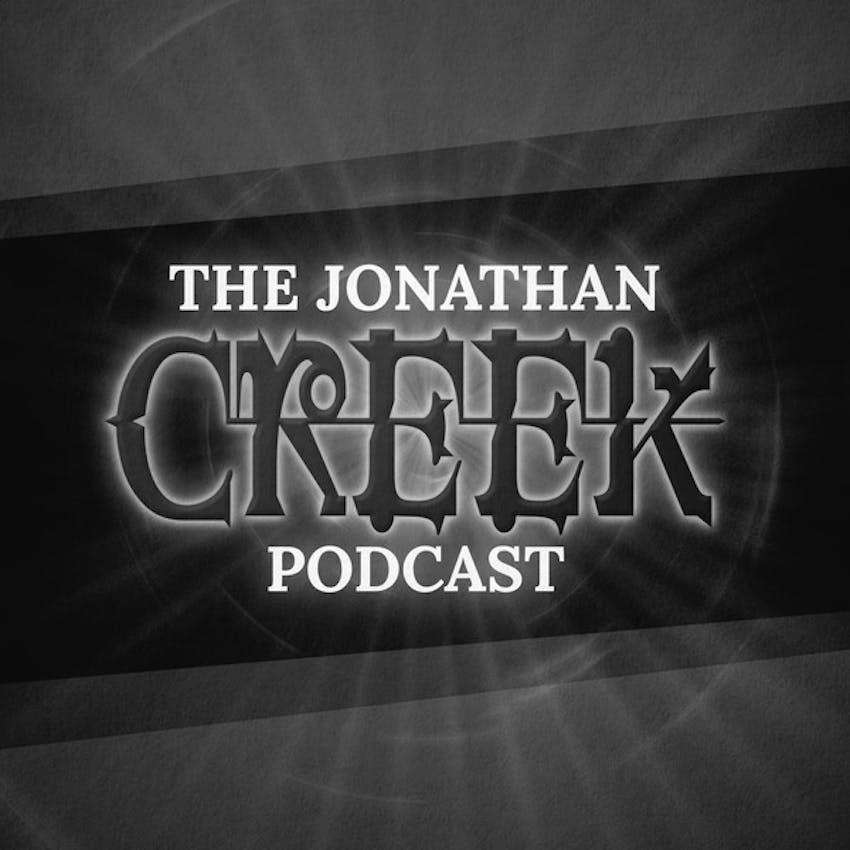 The Curse of the Bronze Lamp – Episode 33

The Curse of the Bronze Lamp was the final episode of Jonathan Creek’s fifth season. An unexpected death helps Jonathan figure out a high profile kidnapping case. In this podcast Gerry and Iain tie knots in their undergarments to send the listeners a message.

When Lindsey Isherwood (Elizabeth Conboy), the wife of a politician, is kidnapped and the Creeks’ cleaner Denise (Josie Lawrence) finds herself with a body to dispose of, it stands to reason that Jonathan’s involvement will ultimately see the two problems intersect.

Meanwhile the return of a blast from Jonathan’s past in the form of Daisy Shand (Melanie Gray) is tough for Polly to cope with; Denise’s husband Dean (Mark Flitton) gets a shock; and just what are Heidi and Laurel (both June Whitfield) conspiring about?

The Curse of the Bronze Lamp was written by David Renwick and directed by David Sant in his final stint behind the Creek cameras. Rosemary McGowan continued as producer.

The Curse of the Bronze Lamp was released in 2014. It is 58 minutes long and originally aired on the BBC. The episode is available on Netflix in the UK and Ireland and the entire series is available on DVD in the UK and other countries, including a comprehensive box set of all the episodes up until Christmas 2016, released by the BBC.

The post The Curse of the Bronze Lamp – Episode 33 appeared first on Jonathan Creek Podcast.