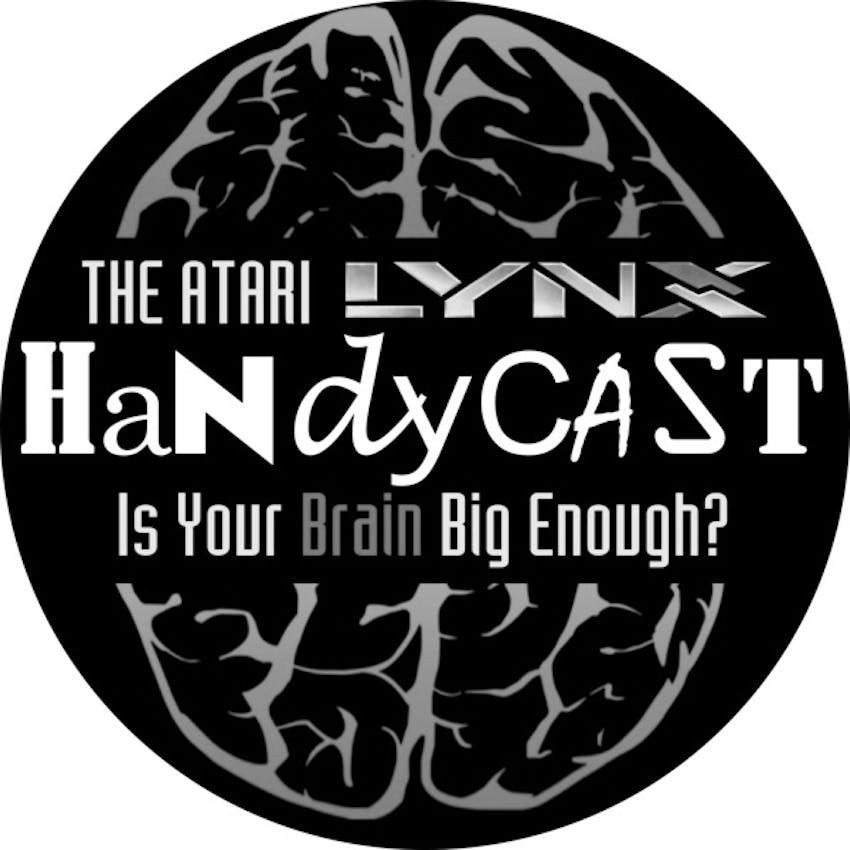 #PA2029, Published by Atari Corp.
In this episode, the longest (and the latest) episode of The HandyCast so far,  I cover one of the last games originally developed at Epyx, Inc., Todd’s Adventures in Slime World, released in October of 1990. I’ve included vital statistics, credits, gameplay, reviews and ratings, some fun facts and trivia, and some listener feedback about the game. And with the ComLynx cable it’s an eight-player game, so grab seven more of your friends for a gooey, messy Slime-O-Rama!

TODD’S ADVENTURES IN SLIME WORLD VITAL STATISTICS
Release Date: October of 1990 (originally scheduled for July of 1990).
Initial retail price: $34.95.
Cartridge: 128kb stereo curved lip-style cartridge.
Genre: Multi-level platformer for one player, or two-to-eight players using the ComLynx cable.
Screen/playfield orientation: landscape (horizontal).
Other Ports: The Sega Genesis (1992) and The TurboGrafx 16/PC Engine (1992).
Sequels: None.
Levels: Twelve single-player or multi-player levels, or “adventures:” #1: Easy, #2: Exploration, #3: Action, #4: Suspense, #5: Logic, and, for #6, either Arcade for single-player games, or Combat for multi-player games.
Carton:  Full-color standard-tab regular-size carton (5 3/8″ by 4 3/8″ by 7/8″). There were also French and Japanese versions of the carton sold, as well as a blister pack.
Manual: A 24-page (including front and back covers) stapled regular-sized booklet manual in monochrome, measuring the usual 4 7/8” high by 3 ¾” wide.
Languages: As far as I can determine, the manual was available in the U.S. in an English version only.

LYNXED IN
“Consolizing” the Lynx (Project 1)
There are not one but TWO projects that “consolize” the Atari Lynx. The first one comes from StarForcePilot on the Atari Age Lynx forums, also known as Marcel J. de Haan on Facebook. He installed the McWill screen and the VGA output jack into his Lynx I, then he decided not to stop there. So he created a handy (see what I did there) stand for the Lynx I, and he also installed a DB9 connector on the Lynx to allow an external controller to be used to play games on the static console. More recently, he also replaced the battery compartment with a generic rechargeable lithium-ion battery along with a generic variable step-down converter. It’s really a clever design, and StarForcePilot documented his progress in completing the project beautifully with a pictorial essay on his blogpage. I highly recommend that my listeners check out the blog here.

“Consolizing” the Lynx (Project 2)
The second Lynx consolization (yes, Monty, that IS a word) is a joint project from YouTube channel Retro Revolutions, Historic Nerd, Extreme Consoles, and Neon Vision, in response to a challenge from the Press Play On Tape podcast. This project involved taking an old 4-switch woody Atari VCS (2600) console, gutting it, and rebuilding it to accept Lynx cartridges, with an HDMI output display. The console has also been trimmed in bright yellow paint, and the result is quite breathtaking. There are three parts to the video of the project, all of which can be found here: Part 1, Part 2, Part 3.

Songbird is Restarting Production of After-Market Titles
Songbird Productions, a 20-year provider of original and re-release after-market Lynx game cartridges, is re-starting production and distribution of several homebrew and after-market game cartridges, many of which have been out of production for years. Among the titles planned for an re-release, beginning as early as October of 2018, are Championship Rally, Crystal Mines II: Buried Treasure, CyberVirus, Lexis, Loopz, Ponx, Remnant: PW3D, and SFX. Carl at Songbird confirms that the cartridges will be curved lip-style, and they’ll be packaged in CD jewel cases, but with better quality labels and inserts this time around. Also, as of this recording, Songbird still has a limited number of copies available of the SuperFighterTeam classic homebrew title Zaku, considered one of the best games for the Atari Lynx ever. It goes without saying that Carl Forhan at Songbird is definitely helping out a whole new crop of Lynx collectors to add to their game collections, so kudos to him for ramping up production again on titles that would otherwise be unobtainium (yes, Monty, that IS a word, too). Interested Lynxters should check out Songbird Productions website to place their orders; a link to the website can be found here.

Six More Lynx Homebrews On the Way!
The interest in the Atari Lynx continues to climb as the console is being recognized more and more by retro game collectors. Evidence of this growing interest is the continued development and production of new homebrew titles. Several sources (AtariGamer.com, Atari Age and Kieren Hawken) have recently published news about no less than five new homebrew game projects for the Lynx. The first one is a new isometric RPG game called Lacim’s Legacy, in development by Martin Wendt, Kamil Wolnikowski and Dan Thoreson. The second one is a new Joust-Donkey Kong-style platformer called Bentley Bear’s Honey Hunt, currently in development by Benjamin Mewes. The third one is a port of the classic SNES action title Bomberman called BomberCats, now being developed by Alex “LordKraken” Genoud and Turbo Laser Lynx. The fourth one is a horizontal scrolling space action shooter called Captain Harlynx being developed by Albine Marlier. The fifth one is a version of Italian checkers called Dama by Atari Ager MVirtuale that, after a year and a half, is near completion. And the sixth one is an action/shooter called Grime 6502, currently in development by Chibi Akuma. With these six new homebrew games, along with the previously mentioned 8 new and re-released titles from Luchs Soft, and with the distribution of no less than 10 previous after-market and homebrew titles by Songbird Productions, there will have been at least 24 Atari Lynx games planned or in production during the course of 2018. There can be no doubt now that the 29-year-old Atari Lynx console, along with its still-expanding game library, is experiencing a renaissance of popularity. And this Lynxter for one is very happy about that indeed.

Retailers Selling Todd’s Adventures in Slime World:
B & C ComputerVisions: The price lists systems at B &C crashed on 8/3/18 and they have still not been restored, as of this recording date.
Best Electronics (last updated May 31, 2018; check website for availability): US$14.95 (CIB); US$9.95 (loose cart)
The Gamesmen (Australia): Not Available
The Goat Store: US$19.94 (loose cart)
Telegames (UK): £14.99 or US$19.89 (listing does not include whether it’s a loose cart, cart/manual combo, or CIB)
Video 61 & Atari Sales: Not Available (website is down pending owner’s recovery from an accident)

ACKNOWLEDGMENTS
Thanks go to everyone who contributed feedback about Todd’s Adventures in Slime World for this episode; I really appreciate it!

Also, I would like to thank the Free Music Archive for the following musical artists and songs that were used in this episode under the Creative Commons License: “8-Bit Core” by Tagirijus (opening and closing theme music), along with “And the Road Goes On“, “Cruisin’“, “Fields and Strings“, “Intermission“, “Intermission II“, and “The Void“, all by Ian Sutherland.

I would especially like to thank Shinto for submitting his memories of various Atari Lynx games he’s owned in the past to The Atari Lynx HandyCast…they are greatly appreciated. And you should all check out Shinto’s wonderful Atari Jaguar Game by Game Podcast; it’s definitely worth listening to, even if you’ve never owned a Jaguar. You can find it here.

Many, many thanks also go to Zerbinator for his continued support. His encouragement and expertise are very much appreciated by me. You can find all of his fun-to-listen-to podcasts here, including my favorite, Please Stand By.

Finally, my thanks to Ferg of The Atari 2600 Game by Game Podcast. His inspiration and dedication to covering every game cartridge ever made for the Atari 2600 (I think over 1000 of them!) is what gave me the courage to begin this podcast. Please, check out his don’t-miss podcast, even if you’re not an Atari 2600 collector; or at least visit his website here.