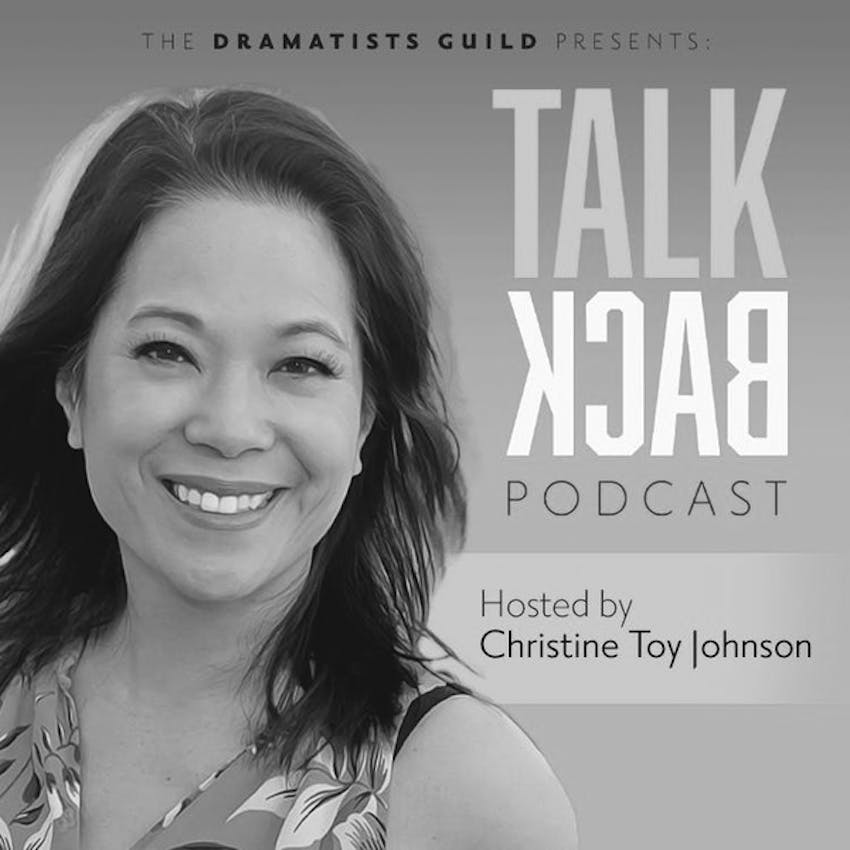 In our second episode The Dramatist Presents: TALKBACK  Host, Christine Toy Johnson sits down with novelist and playwright Kia Corthron (The Castle Cross The Magnet Carter, A Cool Dip in the Barren Saharan Crick) to talk about what it was like to write Tap The Leopard, a play in three acts that tells of the historical African-American colonization of Liberia. A story that was far outside her lived own lived experience, but hit home with audience members.

After the break, Mashuq Mushtaq Deen join Kia and Christine. They explore the practicality and the pitfalls of cultural research, and why sometimes fiction can tell the truth better than truth.

TalkBack is distributed by the Broadway Podcast Network. Like and subscribe on your favorite podcast platform. For episode transcripts and exclusive content visit us on the web at  dramatistsguild.com. Keep the conversation going on Twitter using #DGTalkBack