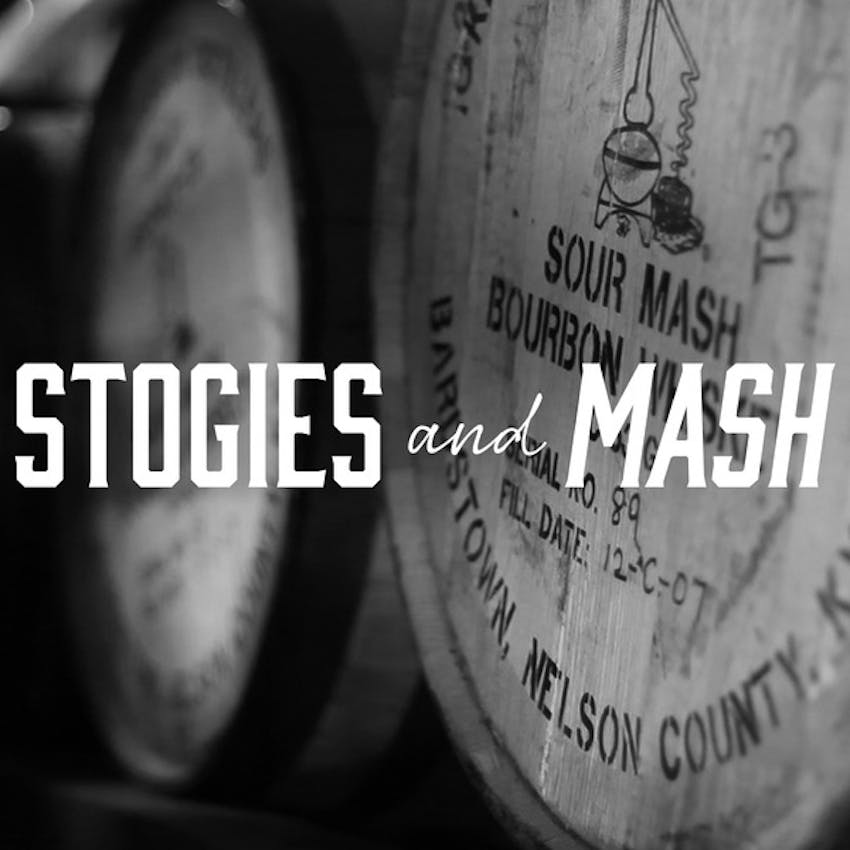 Apple Pie. Denim. Bourbon. They’re pretty much interchangeable with the good ‘ole Red, White and Blue and for folks like us there’s no doubt bourbon is the essential American liquor. A variety of whiskey, bourbon takes its name from Bourbon County, Kentucky; you know — the home of thoroughbred horses and Bluegrass. Combine some classic Kentucky music and horse racing with bourbon and we’re there! But, in all honesty, we’d take the bourbon regardless.

And cigars, the most beloved and reviled of bad habits enjoyed by people the world over. There is, after all, precious little middle ground for the stogie; you love ’em or hate ’em. People see the cigar either as fragrant and satisfying and a spur to conversation and the philosophical mind, or they revile it as an odious clump of noxious weeds. If you see them as the latter, please kindly never come back to our website.

Today we launch the inaugural episode of our podcast, an endeavor months in the making for our hosts and supported by our friends and our significant others. Hence our aim is to share the knowledge and experience of our hosts and our friends for the novice or beginner just looking to learn more about bourbon or cigars. From the origins of the first mash bills of the American forefathers of bourbon to the fields where the tobacco plants were grown that go into each of our cigars, our aim is to impart our love and appreciation for our passion to you all.

Today we sampled three different bourbons from three different distilleries that represent, in our opinion, the best place to start for anyone that wants to begin their bourbon journey. Because of that, they all run about $30 a bottle from a major brand liquor store, and while we have some store pick bottles for our tasting you will experience much of the same flavor and nose that we describe when you buy any bottle off the shelf. Let’s dive in!

On the nose we detected orange, buttery, mild scent and mouth feel. The color was lighter, though there were hints of darker color owing to the age of the bourbon.

The most noticeable flavor was caramel and sugar on the first taste, it was a rather sweet bourbon compared to the other two. The initial tasting included sweet caramel, little brown sugar, oily espresso beans. We compared it to rum for that sweetness, though more indicative of the bourbon family in the underlying flavors.

With the cigar, this fell to third place for all of us. Because of the smoke and the taste of the cigar, there was only sugar and water left in this cigar for us and we felt like it wasn’t a great compliment.

On the nose it seemed sharper for our tasters than the Buffalo Trace, but that is expected as it is a higher proof. While the nose wasn’t as sweet, there were still subtle notes of nutmeg and sugar in there, which came out more in the tasting.

First we noticed that nutmeg and brown sugar from the nose in the taste, though far less than the Buffalo Trace. Even just 10 proof seemed to set it much higher on the strength meter.

Much sweeter with the cigar, though, and actually tasted closer to the Wild Turkey before the cigar after we’d tasted the cigar. But there was an undertone of spice and smoke that had been more subtle the first time that was much clearer now. We felt the spice was cut, making it a smoother drink than we had in the initial taste.

On the nose it was sweet, but not as sweet as the Buffalo Trace. The nose held butterscotch and toffee, which played through in the tasting itself. Maybe a little raisin, as well, depending on your preference.

The taste had more spice, some underlying notes of pepper with the nuttiness of the Buffalo Trace. We detected the nutmeg and the toffee and butterscotch that we lost in the McKenna. More honey and cereal with a bit of sherry on the palate which made it stand out to our panel.

After the cigar was lit, we found it sweeter than when we first tasted the bourbon. There’s more syrup and brown sugar in the drink and we all had to reassess our overall impressions of this bourbon.

Our crew tasted through all three bourbons twice, once “naked” before we lit the cigar, and then again after we’ve had the cigar going for a bit. In the end, the panel decided we really enjoyed the Wild Turkey 101 the most with this particular cigar, with the Henry McKenna a very close second. Chris, though, was still a McKenna fan, and held through both tastings with that as his number one pick.

While the Buffalo Trace was not good for us after the cigar, we have to emphasize that it was our number one pick before the cigar was lit up and the first puffs taken. It is the ultimate proof that your palate is greatly affected by the cigar itself; what we once picked as best was now no longer even worth drinking. Keep that in mind on your journey!

We had to dig deep and come up with what cigar we would provide a novice smoker when they show up to smoke with us, and I think we found the very perfect “first” to use for the show. While there are a large number of sticks you can pick up as your first, we highly recommend this common and smooth beginner’s stick: The Ashton Cabinet Series. Based on availability at our local store, we opted for the Churchill #8 of the series, but as a beginner you can opt for something smaller like the Belicoso or the Corono Gorda.

Made with Dominican leaf, this Churchill sized cigar is one of the mildest-but-flavorful sticks we’ve ever smoked. The Connecticut shade wrapper is a light tan that belies the delicious complexity of flavor inside, though that could be our bias for maduros showing through. Excellently constructed, it’s the epitome of the high-quality of Ashton’s entire line of cigars. And it was nice to taste the differences in our bourbons once we smoked the cigar.

ERRATA: I messed up, the wrapper is not grown in Connecticut, I mis-read the description from Ashton’s website. They were missing a comma but it’s on me 100%. We’ll make sure to double-check these facts in the future.

The Accessories We’ve used a number of accessories in this episode, both to drink our bourbon but to also enjoy our cigar. Check out the items below:

The post Episode 1 – In The Beginning…Bourbon appeared first on Stogies and Mash.