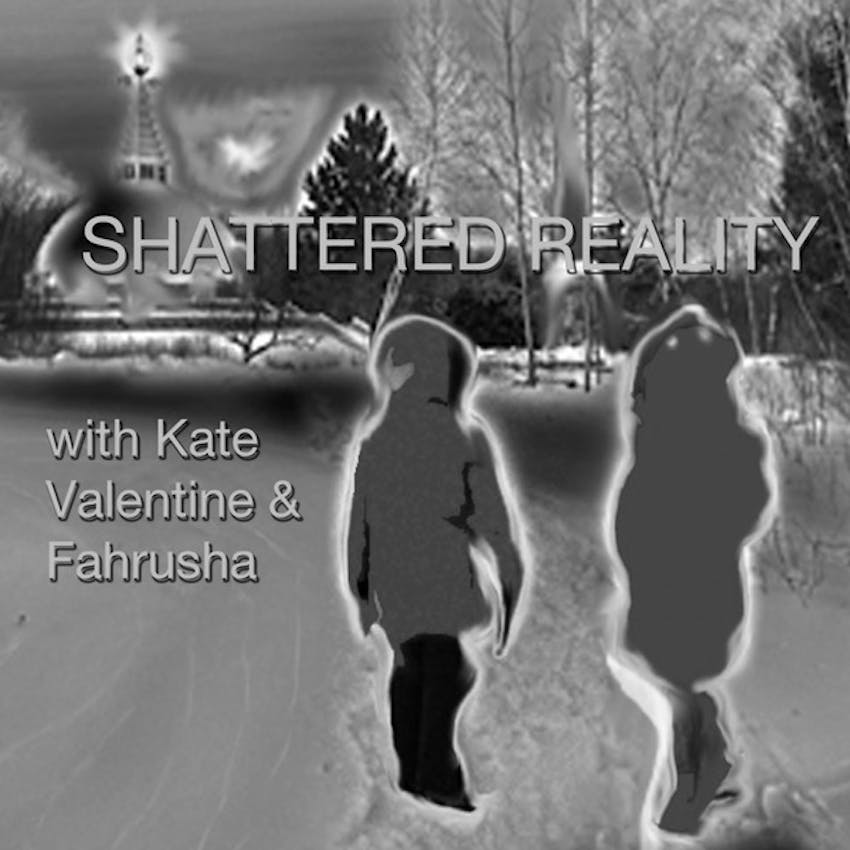 On October 18, 2018, Fahrusha and “Shattered Reality Podcast” were pleased to welcome Mary Rose Barrington to “Shattered Reality Podcast”. Mary Rose has been both a solicitor and a barrister in Great Britain as well as a President of the Oxford University Society for Psychical Research. She is now listed as a Vice President of the Society for Psychical Research of Great Britain. Her new book, J.O.T.T. (Just One of Those Things) about unintentional psychokinesis is published by Anomalist Books.

We discussed a number of instances of simple household psychokinesis that were included in the book and which were studiously collected by Mary Rose over years of research. She has classified these instances of psychokinesis she calls Jottles into categories: Flyaway, Windfall, Comeback, Walkabout and Trade-In.

The Flyaway is an item that simply vanishes and as such it is hardest to prove because one could have simply lost it. The Windfall is some object that appears in a place where it is unknown to have been and is not recognized by the householder. One person’s Flyaway could be another’s Windfall. An example of this would be if the can opener disappears from Linda’s kitchen (Flyaway) and appears on Joe’s doorstep a mile away (Windfall). Not all Windfalls can be traced to point of origin however and Windfalls are also know in psychical research as apports. The Comeback is a Flyaway that comes back to the location from which it has vanished at a later point in time, after the area has been thoroughly searched. A Walkabout is an item which appears in a place where it wasn’t put by the owner or anyone else and to be interesting appears in an impossible location. Finally, a Trade-In is when a similar but different object is found in the place of the one that has gone missing.

We also discussed possible reasons for these phenomena. The fundamental reality is consciousness, and the mind controls the matter, opines Mary Rose Barrington; and we do not disagree. Fahrusha gave an account of an unusual jottle that happened to her nearly 20 years ago.

We await the return of Kate Valentine to the show.