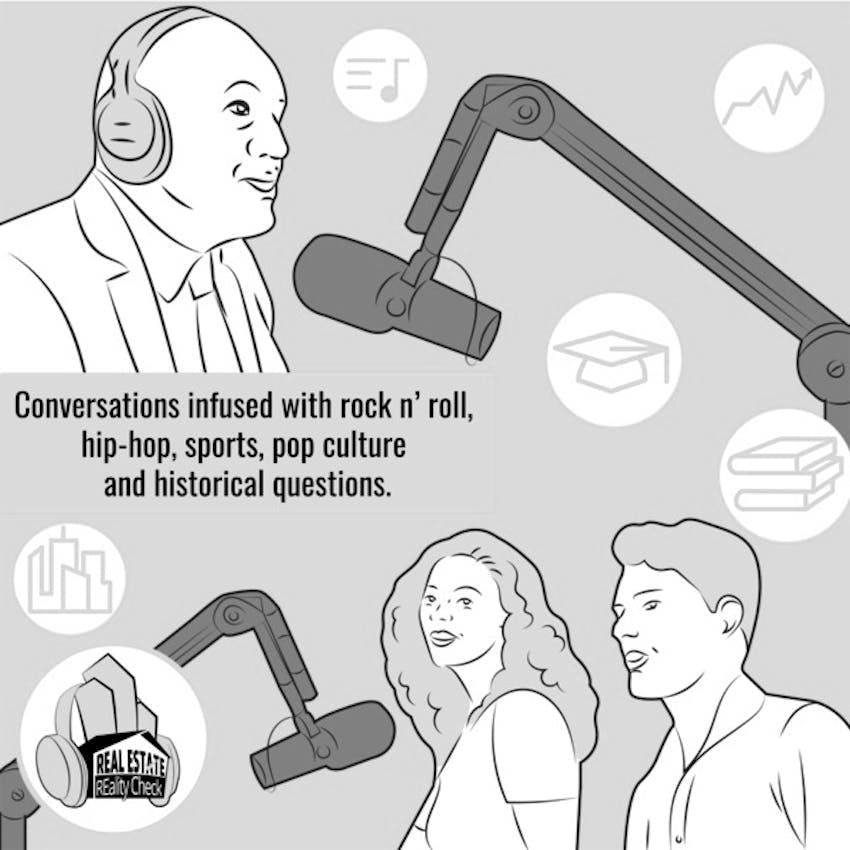 Today on Real Estate REality Check we have with us someone who less than a decade ago took on a U2 like “I Will Follow” mindset when it came to his passion to make something out of nothing, notwithstanding that at the time, he then possessed the equivalent of the title of an Elvis Costello song called “Less Than Zero” when it came to his base of knowledge in the world of CRE. In spite of those challenges, he went on to build a “value-added tech driven data engine employing sophisticated algorithms and artificial intelligence” that some may describe as a “CRE data democracy.” He did (and I may add, continues to do) so by not only subconsciously embracing the song titles “Harder Better Stronger Faster” by Daft Punk and "It's in the Way That You Use It" by Eric Clapton, but also by heeding the wisdom of, among others, Jeff Bezos and his “Day 1” mindset, so as to minimize the chances of Reonomy meeting up with the business equivalent of the schoolyard bully who wants to take its lunch and give them a metaphorical wedgie, to that of Ben Franklin’s mantra of “Diligence is the mother of good luck,” and W.B. Yeats as well, who said “There are no strangers here, only friends you haven't yet met,” all of which he employed to ultimately co-found Reonomy (which, as a consequence of a networking play date, with props out to an old Grateful Dead tune and his co-founder, because “Mr. Charlie” told him so). I give to you my real estate brethren, from the streets of London, the one language shy of being a polyglot and the man who had the business he co-founded in college become the subject of a 60 Minutes segment, the truly fascinating CEO of Reonomy, my new friend Rich Sarkis.