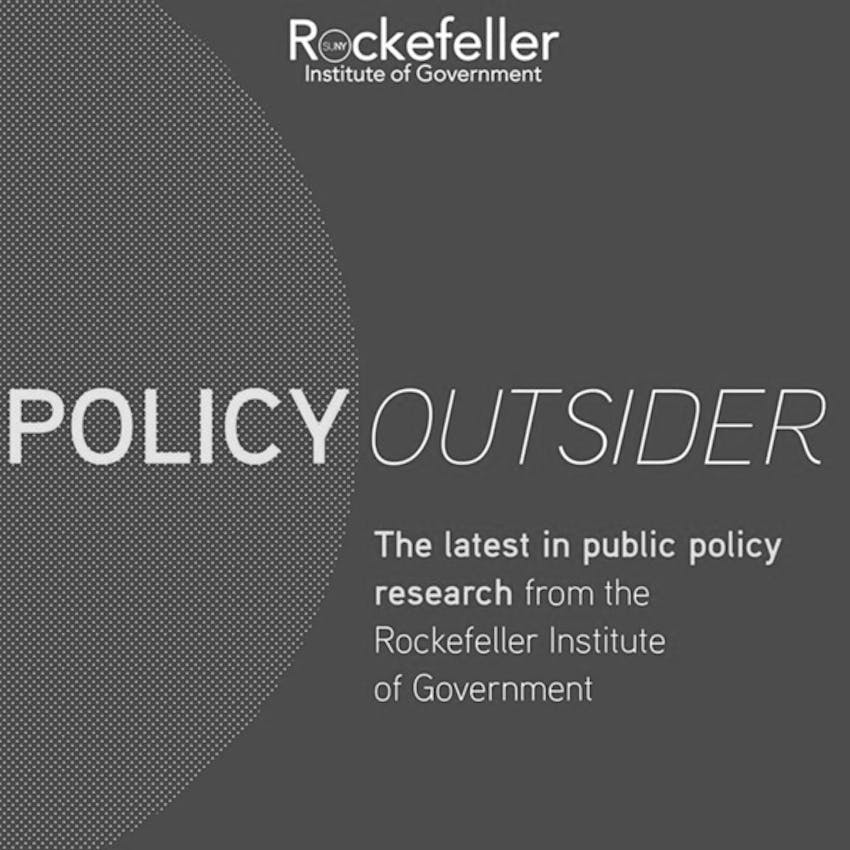 On this episode of "Policy Outsider," we have Rockefeller Institute fellow Dr. Lisa Parshall to discuss the New N.Y. Government Reorganization and Citizen Empowerment Act and the effect it has had on village dissolutions. The episode highlights the Institute's recent report on village dissolutions, which detailed the motivation behind New York State's push to dissolve village governments.

Parshall discusses the effect the 2010 law has had on the rate of village dissolutions and what dissolution means for village residents and neighboring communities. Parshall identifies the noneconomic reasons residents are often reluctant to dissolve their villages. Their concerns include community identity and pride, the importance of municipal buildings and symbols, festivals and community celebrations, as well as the role of local emergency services.