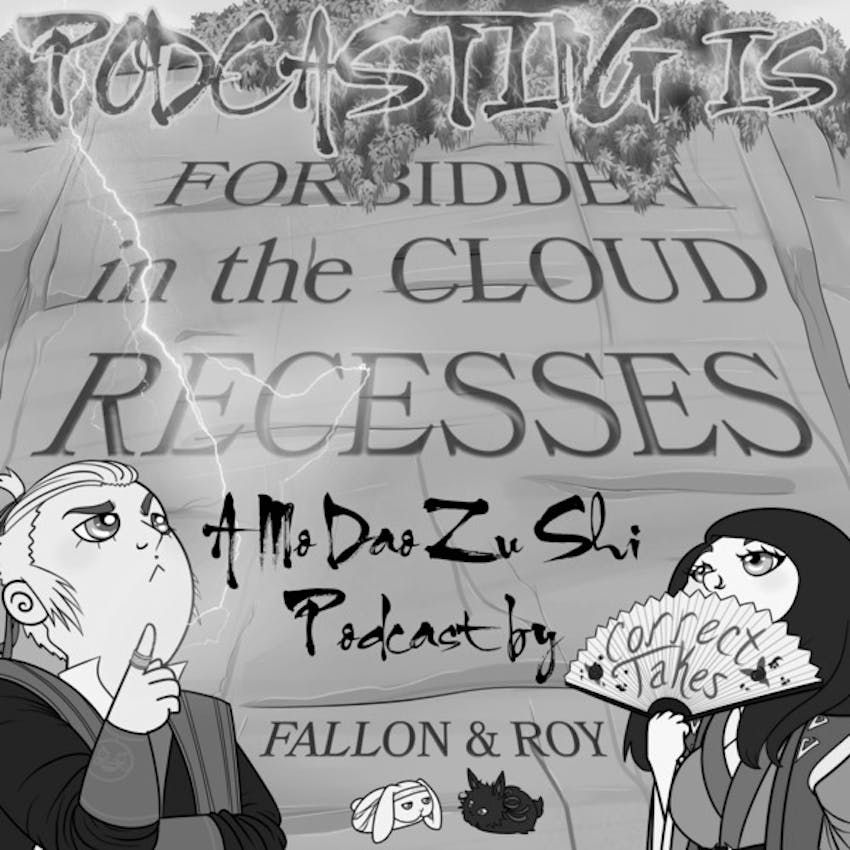 Podcasting is Forbidden in the Cloud Recesses

This week we needed to bring chief cultivator Scout on to help us get through chapter 50, the final section of the “Guile” arc, because it sure is a chapter where many things happen! In this installment, Wei Wuxian gets back to his meat sack, everybody tries to come party in Little Uncle’s Sleepy Palace, and we bid a couple of solemn RIPs to Nie Mingjue. We’re talking magic encephalitis. We’re talking disappointing female character arcs. We’re talking Jiang Cheng’s worst habits. We’re talking baseball surgery. Just mind the bongs.