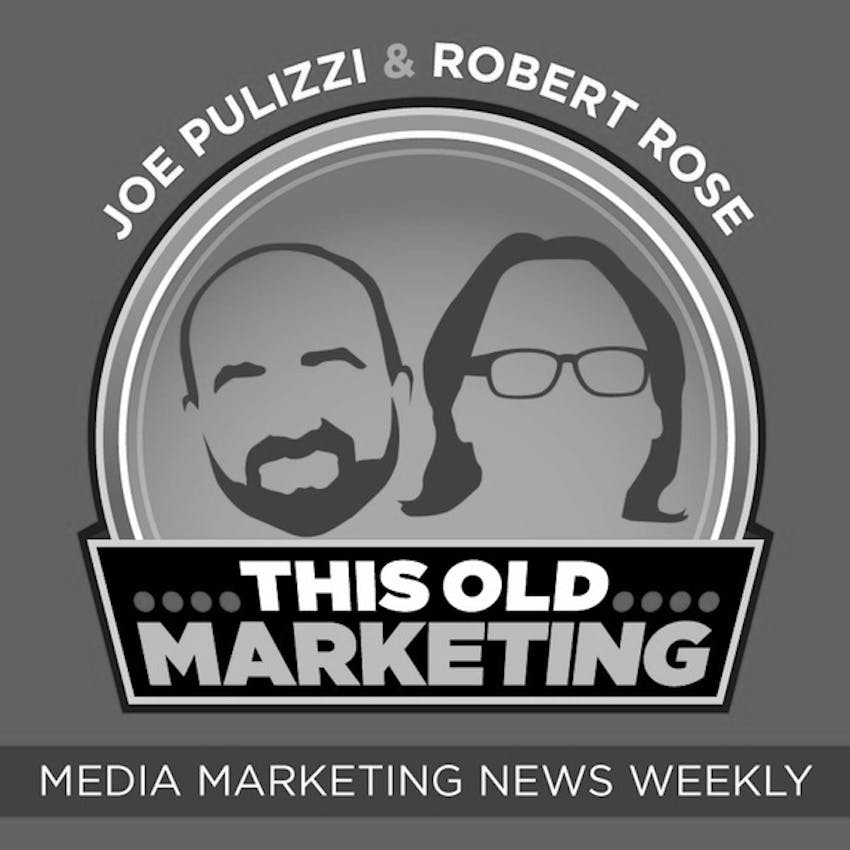 217: How to Launch a Show Network the Right (and Wrong) Way

In episode #217 of #ThisOldMarketing, Joe and Robert first discuss Disney CEO Bob Iger's statement that if Steve Jobs were still alive, Apple and Disney would be one company.

Let's all just pause right to ponder that possibility.

Then the boys dissect the new Recur network from ProfitWell...discussing the good, the bad and the ugly. Is it smart to launch 12 shows at the same time or should ProfitWell do one thing great and move on to the next one?

In rants and raves, Joe is disgusted about Audible and how it's impossible to just launch an audiobook only, and applauds Freightwaves, an amazing content marketing example.

Subscribe to PNR: This Old Marketing at Apple Podcasts, Stitcher, iHeartRadio, Spotify or wherever you listen to fine podcasts.

This episode is sponsored by Content Marketing University. Use code PNR100 to save $100 off enrollment.