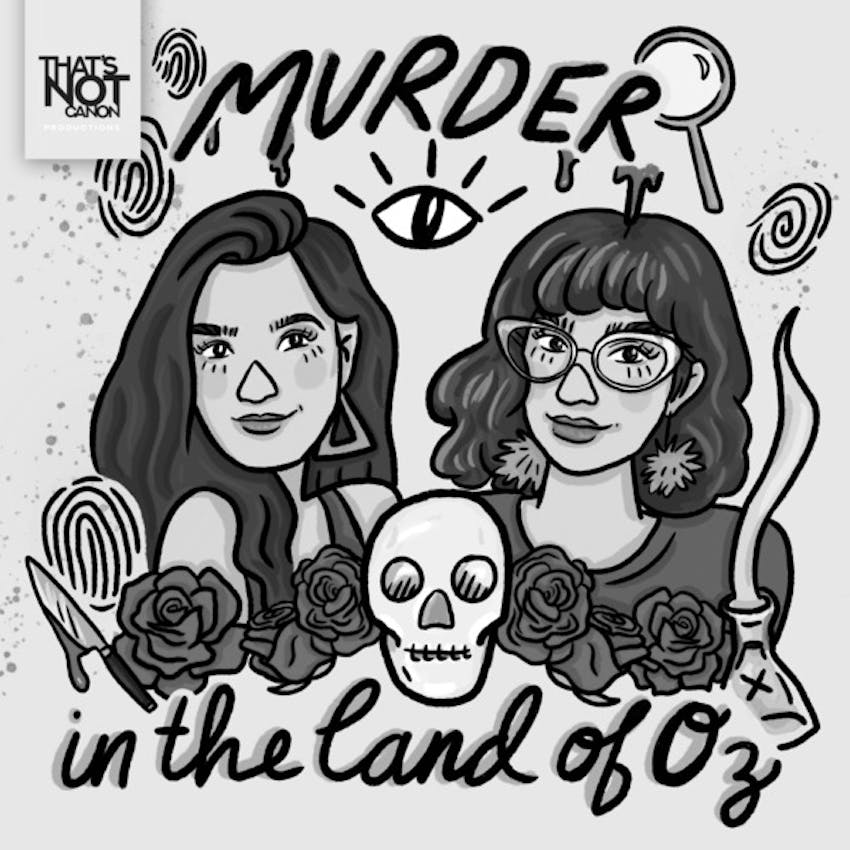 Murder in the Land of Oz

The Murder of Aaron Pajich-Sweetman

Aaron Pajich had dreams he wanted to fulfil. He worked hard, he wanted to get a good job, and he wanted to live in Japan. Aaron was autistic, loved video games and computers, and by all accounts, he was as friendly and good-natured as they came.

Jemma Lilley’s dream in life was to be a killer. She had concocted a fantasy life in which she was a sadistic killer named SOS, with a ‘murder cult’ of worshippers, more powerful than any killer before her. Trudi Lenon was Jemma’s lover and SOS’ loyal servant. Trudi had no problem luring Aaron, a family friend, to his death, so Jemma could finally make her dreams come true.

Jemma Lilley wanted to be a serial killer.

She was obsessed with killers like John Wayne Gacy and David Berkowitz. She wrote a book, called Playzone, that described in gory details the crimes of a fictional serial killer named ‘SOS’. Jemma had SOS tattooed on her body, written on her license plate, and she told her sexual submissive, Trudi, to call her SOS. Trudi would be called Corvina, and Trudi would do everything she could to make Jemma’s dreams of killing come true.

Trudi lured a friend of her son’s, an autistic man named Aaron Pajich, into their house under the pretence of installing software on their computer. Aaron, who was sweet-natured, friendly, and a whiz with computers, was looking forward to helping someone out, and maybe getting to play some video games with his friend.

Instead, he became a character in Jemma Lilley’s murder fantasy. Jemma and Trudi murdered Aaron and buried his body in their backyard. Afterwards, Jemma told Trudi that she felt ‘empowered’. But the euphoria wouldn’t last long. Within days, police zeroed in on Trudi and Jemma, backed by phone call evidence between Trudi and Aaron, witness reports saying Jemma had bragged about finally ‘doing it’ to coworkers, and CCTV footage of the two buying saws and hundreds of litres of hydrochloric acid from Bunnings.

Jemma tried to pin the murder on Trudi at trial, but her fantasies, her collection of knives, her Dexter-inspired murder room – and a ton of DNA and blood evidence – were damning evidence, and she was sentenced to life in prison.

A detailed account of the crime can be found here https://www.news.com.au/national/crime/secret-life-of-sadistic-killer-jemma-lilley/news-story/9e3fce8daa476be1b31fcb185642f075?fbclid=IwAR2Mpjts6u6HN2BF-gvwGjR7h33IAx7U10gfXnxSH_h-opQXEQI_8cj9QE8

Information on the trial can be found here https://www.abc.net.au/news/2017-10-06/work-colleague-tells-court-lilley-confessed-to-pajich-murder/9024844?fbclid=IwAR1k6qYRrlrcY8rU4Wrg-JkfqjoS4V4ZNlUDG1C0w7QbPSHI2Yic7Q7uS6g

To read more about the murder of Gemma Hayer, go here https://www.bbc.co.uk/bbcthree/article/751ddfd4-2b7a-4f3f-9a07-2f2ec29c985a?fbclid=IwAR3CQbRWTNvmjWjA_q9TORRp1vy1UrAt10krZmQI4DqXwC9tgxnNOkjIEro