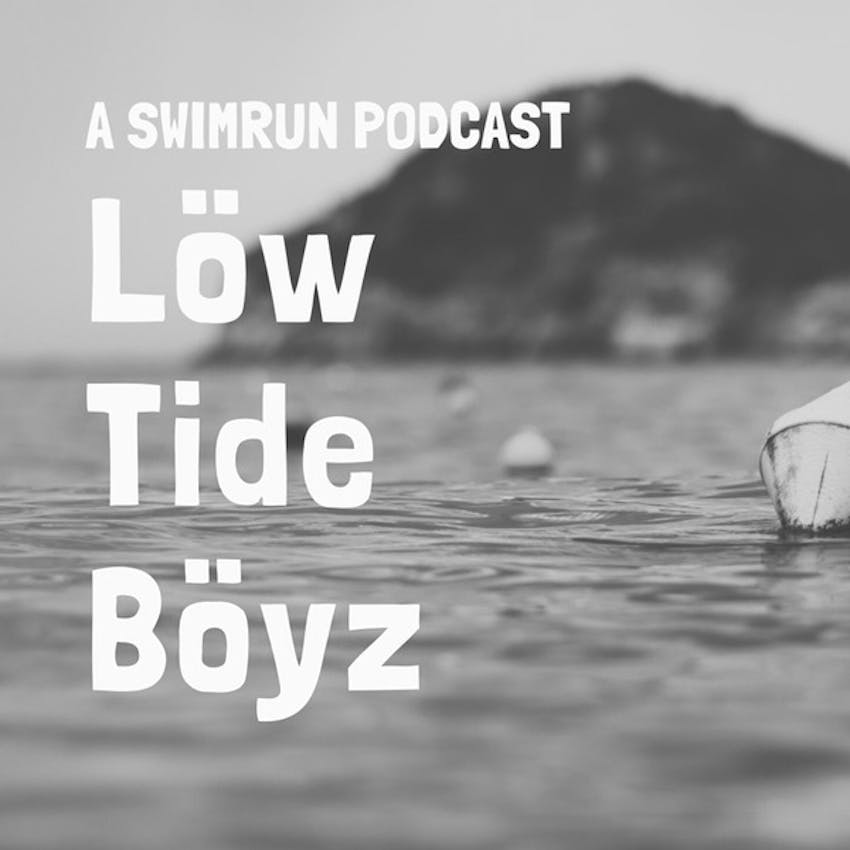 Welcome to Gear Talk! As always, this show is co-hosted by our friends Annie and Brooke from Swimrun Labs.

In this installment of Gear Talk, we review one of the hottest new pieces of Swimrun Tech on the market: Frank Paddle’s carbon fiber swim paddles. The founder of Frank Paddle, Fredrik Bengtsson, was cool enough to send us a medium and a large pair of paddles to check out and--spoiler alert--we’re super stoked on them. You can learn more about Fredrik and Frank Paddle on Episode 50 of the podcast.

But first, we have an untethered thought submission by our friend (and previous guest on the podcast way back in Episode 18) Marcus Barton blew our collective minds.

We have a couple of new items to discuss this week.

Swimrun superstar Trista Mennen mailed Brooke her KORP suit that is a size small for her to check it out. We’ll report back.

Chipper tried LMNT hydration after hearing that friend of the show, Adam Skolnick, had tried it during his recent feat of endurance. LMNT has some pretty cool flavors and Chipper has been digging it.

Will Watt from Above Below recently sent us one of their super popular RuckRafts to test for the show. We are super stoked to check it out in open water soon. The RuckRaft is an inflatable raft that comes with a built in dry bag to tow pretty much anything across the water. This thing looks perfect for a true Swimrun adventure. Stay tuned for a full review of the RuckRaft coming soon.

Marcus reached out to us in response to our last Gear Talk show where we reviewed the Ark Sports KORP wetsuit. He mentioned his thoughts on what the back zipper pocket was for after hearing us go on and on about how we thought the placement was weird. Essentially, the zipper is for your partner to easily access, not yourself. You carry your partner’s nutrition or what have you and they carry yours. Not only does this make a ton of sense, it’s also totally in the spirit of the partner aspect of Swimrun. We then go philosophical for a bit...

We collectively loved Marcus’s reasoning so thank you for sharing your thoughts with us. You can learn more from Marcus on his website.

We wanted to remind everyone of the new Swimrun Swap Meet forum on FB. This is a forum for people that are looking for Swimrun gear to buy, sell or trade. So if anyone got one of the KORP suits on faith but the sizing didn’t work out, we have a place for you to try to trade it. Join the Swimrun Swap Meet today!

These paddles are the original carbon fiber swim paddles. Fredrik’s story is a great one and it’s hard not to root for Frank Paddle as a company. These paddles are essentially made by hand and a lot of thought and experimenting went into creating these. You can check out Episode 50 to get the whole story.

We were sent the following size paddles:

Since we only had one set of each, Chris sent his Large paddles to Brooke to test and Chipper sent his Medium paddles to Annie.

So they look cool, they are super light and really stiff. Now, do they work?

Frank Paddle is something completely different. They feel super light and it was a different swimming experience due to the stiffness of them and how much water was being moved. The only way to get to how they perform was to test them.

Chris saw similar speed improvements to Brooke, albeit less scientific. The feel of the water was very different and every stroke felt very powerful due to the combination of stiffness and lack of holes.

“It moves water with aplomb” was the way that Annie (and her friend Caleb) would describe it. While she wasn’t used to using paddles as large as she tested, she saw 4 seconds per 100yd improvement but less so over longer sets due to shoulder fatigue. Annie’s friend Caleb, a born and bred open water swimmer, was cool enough to try the paddles out. He thought that the paddles resulted in one of his faster swims on an open water route that he swims often. He did say that he lost the feel of the water because the paddles were so effective at moving water.

Chipper felt that the paddles were super light and was wondering if he would get used to it after using them for a while. He also liked the hole pattern of the paddles and the paracord attachment.

We were all really concerned about durability but Fredrik assured us that they can take a pounding. Sharp pointy things are the enemy of course, but other than that these paddles are designed to handle the rigors of swimrun.

We also all agreed that these paddles shouldn’t be an issue on run legs other than the fear of losing them because they are so light or the unsubstantiated fear that they will break if you fall.

Other than the paracord straps that are more of a personal preference, the setup for transitions and Swimrun in general are a non-issue.

Chipper felt that this paddle wouldn’t be an everyday paddle but they are awesome. They will make you faster (whether placebo effect or not) and are the hottest rage in Swimrun. He will be racing in them.

Annie thinks that there is no denying the tech in the paddles that even made her faster. She docked points for the price point being so high. She would rate her Synergy paddles a 3.5-4 pull buoys and those are $8. If she was trained up for them, she would use the Frank Paddles.

Chris would give Frank Paddles 5 pull buoys but for the cost. He thinks that these paddles are a total game-changer if you’re trained up for them and looking for extra speed in the water. He’s a big fan and is a total convert.

Brooke thinks that if she was able to try a smaller paddle that she would have awarded them 4.5 pull buoys. She thought that they were awesome but she wasn’t a fan of the strapping and the price point. They are the nicest paddles that she’s ever swimming with and thought that they are the real deal.

We all thought that these are the real deal and a total game-changer for swim paddles. If you have the funds and/or desire definitely check out Frank Paddles. They are an amazing piece of tech. Period.

If you want to learn more about swim paddles in general, check out our Gear Talk episode all about Swim Paddles with special guest John Stevens.

That’s it for this week’s Gear Talk show. If you are enjoying the Löw Tide Böyz, please be sure to subscribe to the show on your favorite podcast player. You can find us on Apple Podcast, Spotify, and Google Podcast. You can also follow our meme page on Instagram. Email us at lowtideboyz@gmail.com with any feedback, suggestions, and/or meme ideas. Finally, you can also support us on Patreon…if you feel so inclined.