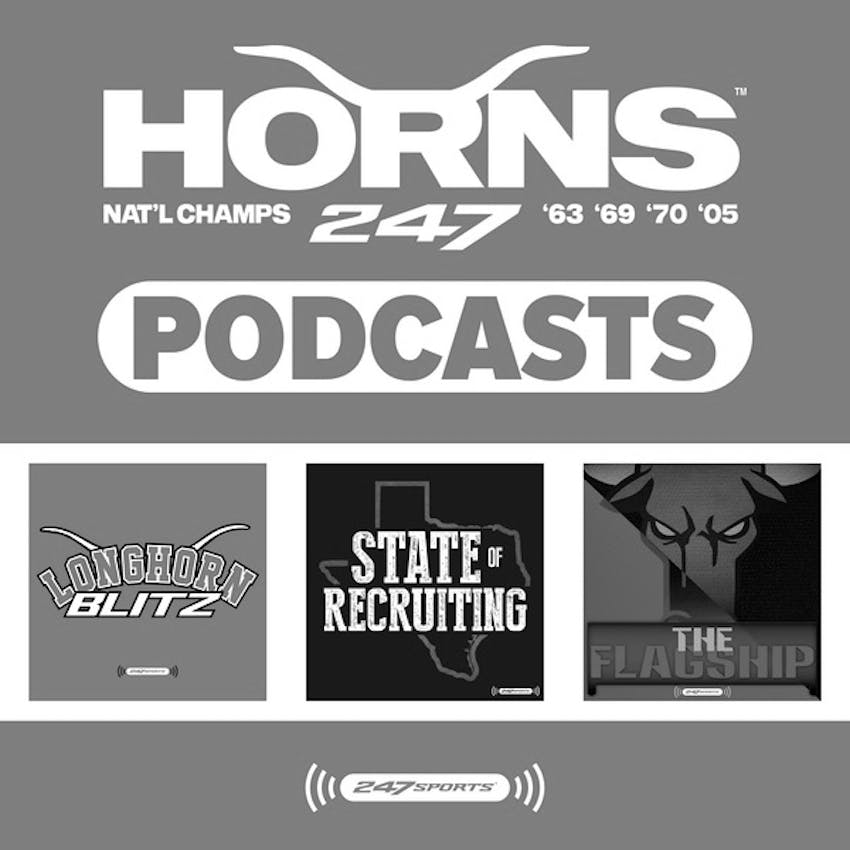 Horns247 Podcasts: Longhorn Blitz, The Flagship, and State of Recruiting

The Flagship: Voice of TCU breaks down Horned Frogs

In this week’s preview edition of The Flagship Podcast ahead of Texas’ attempt to claim the Longhorns’ first win over TCU in Fort Worth since 2013 (when a lightning storm caused a three-hour delay in the middle of the game), we talk to Brian Estridge, the voice of TCU football and longtime morning show host on WBAP in Dallas-Fort Worth.

We get right to it and ask Estridge what the (bleep) happened to the TCU defense in giving up 595 yards, including 350 yards rushing, in a 42-34 loss at home last Saturday against crosstown rival SMU in the Battle For The Iron Skillet.

In addition to four members of the SMU staff having worked at TCU previously under Gary Patterson, including SMU head coach Sonny Dykes (as an analyst), the Horned Frogs were missing some key defensive starters who should be back this week to face Texas, Estridge said.

Estridge weighs in on if Patterson might be simplifying some things this week to help some of the inexperienced members of TCU’s secondary.

So how has TCU gone 2-8 in games before facing Texas the past 10 years and 3-6 in games after facing the Longhorns yet has gone 7-2 against UT the last nine years? Estridge shares his can’t-miss theory on the matter.

Estridge breaks down the play of a TCU offense loaded at the skill positions. Horned Frogs’ RB Zach Evans is averaging a Big 12-best 110.0 yards per game rushing and 7.9 yards per carry; and WR Taye Barber is averaging 23.0 yards per catch; while quarterback Max Duggan, who is 2-0 against Texas, has seven TD passes with two interceptions and is the team’s second-leading rusher (behind Evans).

Saturday marks Texas’ first Big 12 road game of 2021, and Estridge talks about what kind of a reception the SEC-bound Longhorns and former TCU athletic director Chris Del Conte might receive.

Estridge wraps things up with how he thinks Saturday’s game will play out.