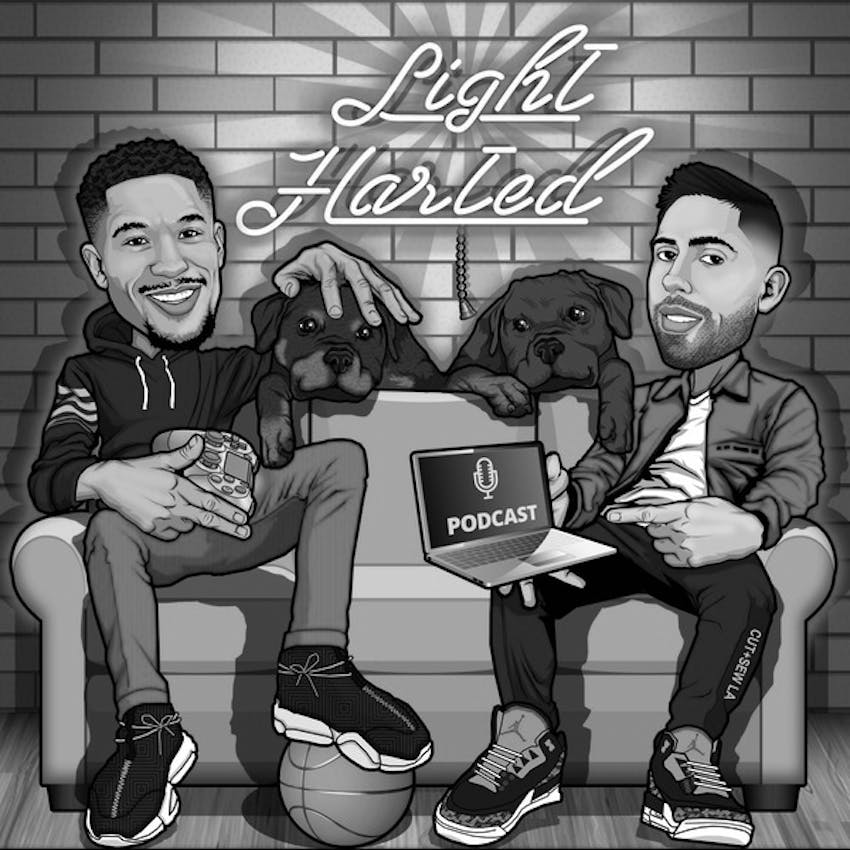 Welcome to the LightHarted Podcast with Rising NBA Star Josh Hart (New Orleans Pelicans) & Rising Business Mogul Matt Hillman (Cut + Sew). To start these two long time best friends are in different cities another to discuss: Josh being in New Orleans & Matt being in Philadelphia, How the Venmo sponsorship came to be, LightHarted being featured by Forbes, The new colors of the podcast logo, Heart to Hart Fan Questions: Josh’s Best & worst purchase so far, Favorite Los Angeles Restaurants, College Major, Finding About The Trade on Twitter & more. Then it’s an honor & a privilege to have good friend & New Orleans Pelicans Point Guard Lonzo Ball to join us for a LightHarted Podcast to discuss: Wine vs. Apple Juice, Last Season’s Ankle sprain, Moving to New Orleans, The pieces on the Pelicans, Not believing in a small market, His parents growing up, What other sports he played growing up, Playing vs. practice, LaMelo’s future, LaVar’s outgoingness, Working out for the Lakers, Getting into the League, The ZO2’s & his first Summer League Game, The future of BBB & being fined for his tattoo, The business fallout of his company’s partner, Having a child & support system, Finding out about the trade, The season ahead, The LightHarted 10 & more. Produced by The Dust BrothersIntro Track by Marcus FrancisSubscribe to the Video Podcast on YouTube: https://www.youtube.com/c/lighthartedpodcastTransition Music by Cadillac Freeze (www.CadillacFreeze.com)