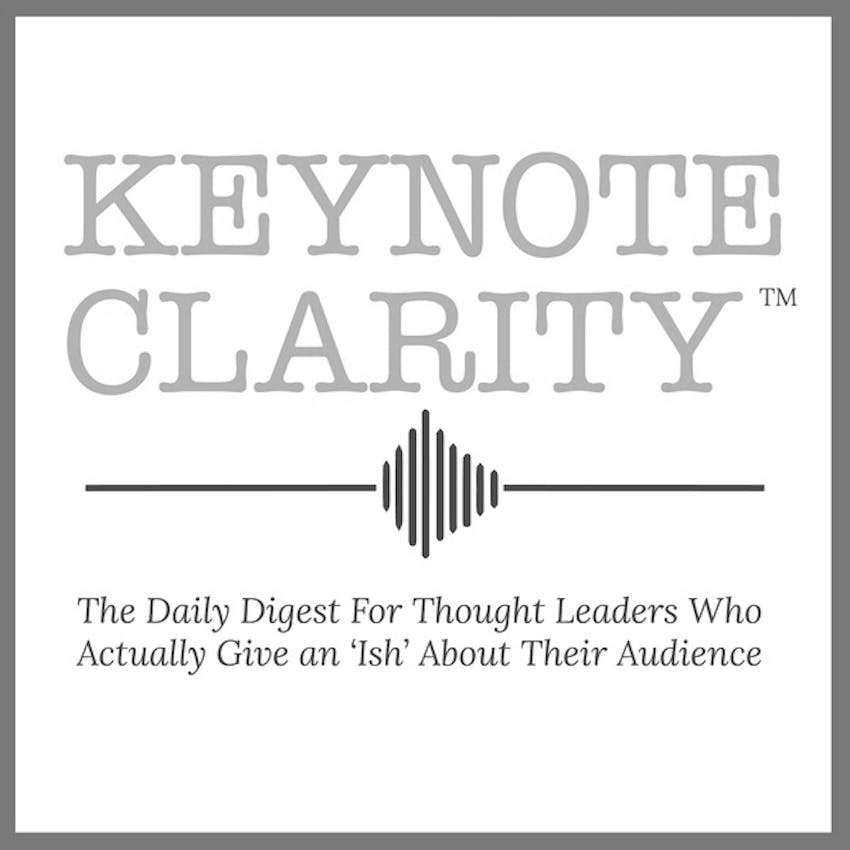 I recently had the chance to sit down with Sam Horn, the founder and CEO of the Intrigue Agency. She is the former Executive Director of the world-renowned Maui Writers Conference and Pitch Coach for Springboard Enterprises, which has helped entrepreneurs receive $8.8 billion in funding. She has helped hundreds of clients create quality books and high-stakes presentations for TED-MED, TEDx, SXSW, Wisdom 2.0, Google and Facebook.

We had a chance to sit down for about 30 minutes and I was honored to ask Sam several questions about how she helps entrepreneurs like yourself better position their Message. Now, I want to give you a front-row seat to hear those questions and Sam’s brilliance… Let’s get started.

The world is noisier than ever right now so how do we, with a powerful message, how do you guide people with that powerful message to break through the noise and connect with their audience better?

We're going to start with something I call a "Did you know?" opening because most people start their presentations or a book or a blog by explaining, right? We've been taught to tell people what we're going to tell them, tell them, and then tell them what we told them, right? That makes us a bore, snore, or chore. So here's a quick example and then I'm going to give you three steps they can use to make their first 60 seconds so compelling that people put their digital devices down and get their eyebrows up, okay?

Now, where do you find the startling statistics? You Google that stuff. Just go online, put in what are surprising statistics about blank and put in your topic, put in your problem or your issue or your industry. Up will come things even you didn't know. And if you don't know them, chances are your decision-makers won't know them. You've just earned smart people's attention's time because they're smarter than they were 20 seconds ago.

Second step, use the word "Imagine." The word imagine pulls people out of their preoccupation because they're not distracted now, they're picturing your point, or they're seeing what you're saying. So, think about your decision-makers. What are they concerned about? Worried about? Well, imagine a one-use needle instead of re-use. Imagine painless inoculations instead of painful. Imagine a fraction of the current cost instead of really expensive. You see how in a world of infobesity we distilled into one sentence? Who wouldn't want that?

And then, third step, you don't have to imagine it. We've created it. Now come in with your testimonial. Now come in with your example or your product demonstration to prove it isn't a pie in the sky or speculative. It's a done deal. And you do all that in 60 seconds. That's how we earn people's attention in a world of infobesity.