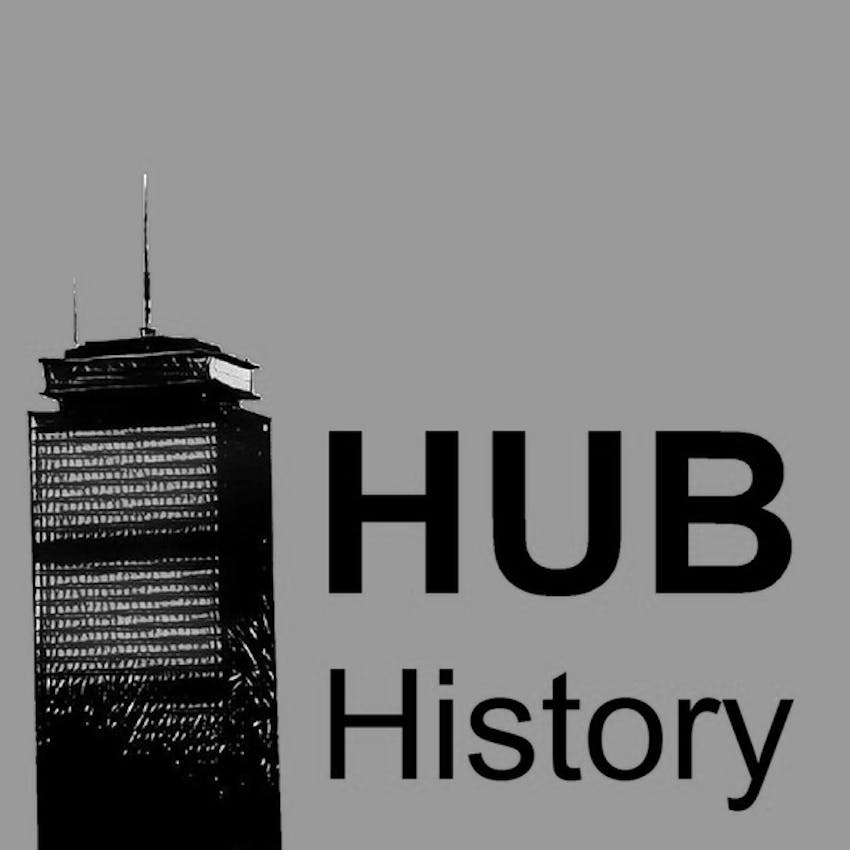 Kick back and enjoy our interview with Stephen Ujifusa, author of Barons of the Sea, and Their Race to Build the World’s Fastest Clipper Ship, which originally aired in July 2018. Stephen takes us back to an era when the fastest, most elegant ships in the world were built in the East Boston shipyard of Donald McKay. He also describes how they were used to trade for tea in China or gold in California, and how they helped America’s most prominent families amass fortunes through opium smuggling.

Please check out the transcript and full show notes at: http://HUBhistory.com/199/

And support the show on Patreon.

We’ve done not one but two episodes about the 1721 smallpox inoculation controversy in Boston without reading Steven Coss’s book The Fever of 1721: The Epidemic That Revolutionized Medicine and American Politics. It promises to weave together three threads in Boston history. In 1721, Boston was wracked by a smallpox epidemic that prompted Cotton Mather and Zabadiel Boylston to begin inoculating residents against the disease using a method they used from Oneismus, who was enslaved by Mather. It was also the year when James Franklin launched a new newspaper called the New-England Courant, the first independent paper in the colonies, where his famous brother Ben would learn the publishing trade. Coss also argues that 1721 was the year when Boston’s sentiments began turning against crown government.

Though it (like the book) was written in 2016, this review in American Scientist has heavy shades of America 2020:

Although the book’s eponymous fever is smallpox—and smallpox does frame the events described in the book—writer and independent scholar Coss maintains that another kind of fever marks 1721 as pivotal in American history. Just as smallpox was beginning to take hold in Boston, James Franklin, elder brother of a more famous Franklin, launched the first independent newspaper in the colonies, The New-England Courant. Its emergence marked the beginning of a nascent nation’s obsession with partisan broadsheets. And thanks to the coincidence of timing, the newspaper’s editorial focus at its launch reflected deep concern with the disease taking hold of the city. Moreover, it provides perhaps the earliest example of an independent press covering a colonial epidemic in ways not officially sanctioned by the government. The tensions between an honest reporting of a disease’s spread and the government’s desire to downplay both the risk and its own culpability in the outbreak are in full view in Coss’s history. Although Boston’s relationship with the Crown had long been tumultuous—a circumstance evident as early as 1689, when Bostonians deposed their royal governor—Coss makes a convincing argument that the introduction of a partisan, independent press in the first half of the 18th century was either a cause or a consequence of an underlying dissatisfaction that led directly to the events of the second half.

On Thursday, August 27, History Camp will host a virtual author talk with Dan Gifford about his book The Last Voyage of the Whaling Bark Progress: New Bedford, Chicago and the Twilight of an Industry. I had to pass on interviewing Dan about the book a while back, because Boston didn’t feature heavily enough. If your definition of greater Boston to is broad enough to include Salem and New Bedford, this should talk is for you. Here’s how Dan described the book in an email to me:

My new book recreates the strange story of the whaling bark Progress — a New Bedford whaler transformed into a whaling museum for Chicago’s 1893 world’s fair. Traversing waterways across North America, the whaleship enthralled crowds from Montreal to Racine. Her ultimate fate, however, was to be a failed sideshow of marine curiosities and a metaphor for a dying industry out of step with Gilded Age America. After the fair is over, the whaling artifacts from the Progress end up at the Field Museum and the curators rebel against a whaling exhibit in their brand-new museum. Within a few years everything is packed onto an express train and shipped off to Salem [what’s now the Peabody-Essex Museum] as a gift! This book uses the story of the Progress to detail the rise, fall, and eventual demise of the whaling industry in America. The legacy of this whaling bark can be found throughout New England and Chicago, and invites questions about what it means to transform a dying industry into a museum piece.

History Camp virtual events are conducted on Facebook Live, so just head over to their profile at 8pm on Thursday, August 27 to see the conversation live.

In “Victory at Last? Parades and Pink Slips,” three area Ntional Park Service sites are getting together to host a symposium exploring the rapid economic, social, and political change brought on by the end of World War II in 1945. Speakers from the Boston National Historic Park, Blackstone River Valley NHP, and Lowell NHP will give a series of brief talks titled “Patriotism or Prejudice?: Discrimination at the Charlestown Navy Yard,” “Femmes and Homes: French-Canadian Women in RI and Post-WWII Housing,” “Women at War, at Home: Lowell During World War II,” and “Boston Female Shipbuilders, Post-War.” When the speakers conclude, there will be a panel discussion and time for audience questions. The event begins at 1pm on Saturday, August 29.