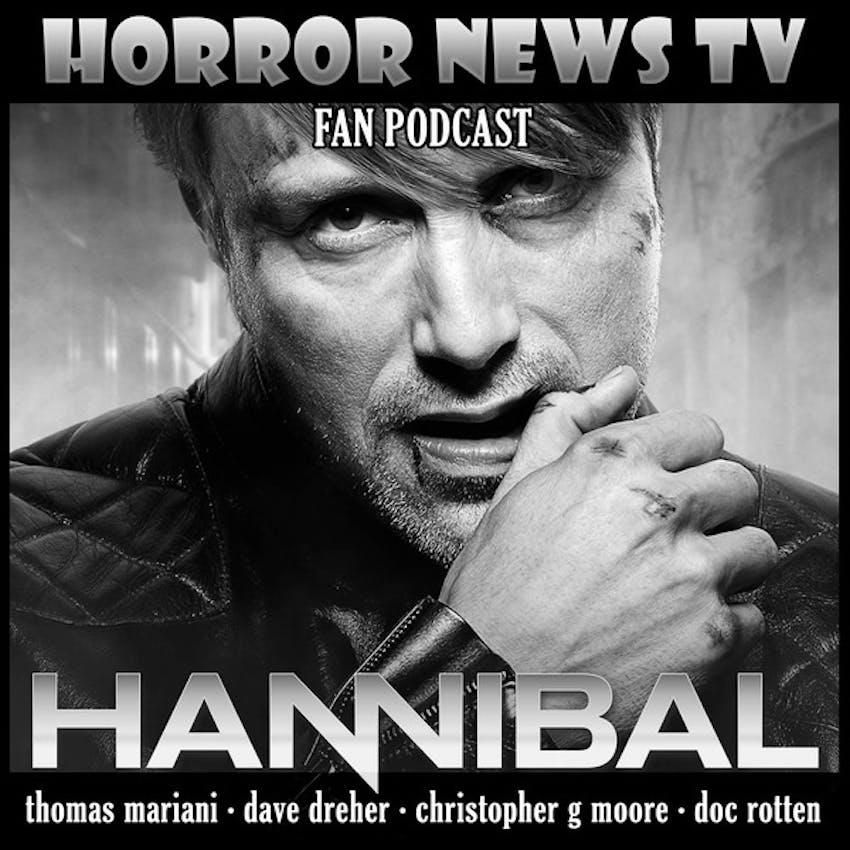 Welcome toÂ American Gods Fan Podcast. This is the unofficial podcast about the hit Starz television programÂ American GodsÂ by fans for fans as brought to you by HorrorNewsTV.com, DocRotten.com, and GruesomeMagazine.com. The Grue-Crew behind the Hannibal Fan Podcast reunites to dive into the latest blood-soaked effort of Bryan Fuller as he brings to life the acclaimed novel from Neil Gaiman! Let’s set on a cross-country trip across America with Shadow Moon.

Returning to co-host the American Gods fan podcast is Doc Rotten, Thomas Mariani, Dave Dreher and Christopher G. Moore. For the following 8 weeks, they will recap and review each episode. Tonight, they are looking forward to the upcoming season with a special episode ZEROÂ show to examine the cast and characters. Thomas, Christopher, and Dave share their thoughts about the book and what they think the show will have to offer.

Join us on episode 00 for an introduction to the hosts of the podcast, the source material, and the cast & crew of the first season of American Gods premiering on Starz in the US on Sunday, April 30, 2017. Bryan Fuller is the main creative force behind developing the show based on the acclaimed book by Neil Gaiman. He is joined by but not limited to Dauri Chase, David Coatsworth, Adam Kane, and Michael Green. David Slade, Adam Kane, Vincenzo Natali, Guillermo Navarro, and Craig Zobel take rotating director’s duties with scripts by Fuller, Gaiman, Green, and Robert Richardson. The music is by Brian Reitzell with cinematography by Darran Tiernan, Jo Willems, and Aaron Morton. Most of these individuals are familiar names to the Fuller family, coming to this show from NBC’s Hannibal.

The cast for American Gods is nothing short of spectacular with Ricky Whittle poised to take American by storm as the lead character Shadow Moon. Fan favorite Ian McShane stars alongside Whittle as Mr. Wednesday with Orlando Jones rounding out the crew as Mr. Nancy. YetideÂ Badaki and Pablo Schreiber appear early in the series as Bilquis and Mad Sweeney. Everyone is excited to see Peter Stormare as Czernobog. Rounding out the cast are Emily Browning, Cloris Leachman, Gillian Anderson, Kristin Chenoweth, and Crispin Glover. Check out what the Grue-Crew think of these maestros of madcap mayhem on this episode and then join us each week as we review each episode.

We also want to hear from you! American Gods Fan PodcastÂ is designed with the fan in mind and listener feedback is encouraged. Thatâ€s right, we want to hear from you! To help you out, we have a Speakpipe account set up for you to leave your Voice Messages.Â Click on this linkÂ and leave Dave, Christopher, Doc and Thomas your thoughts. The service is free and no number is required, all you need is a PC and mic.

We also want to be sure to thank Neon DevilsÂ for their killer track â€œAmerican Godcastâ€â€ which we use for the intro and outro of this show.