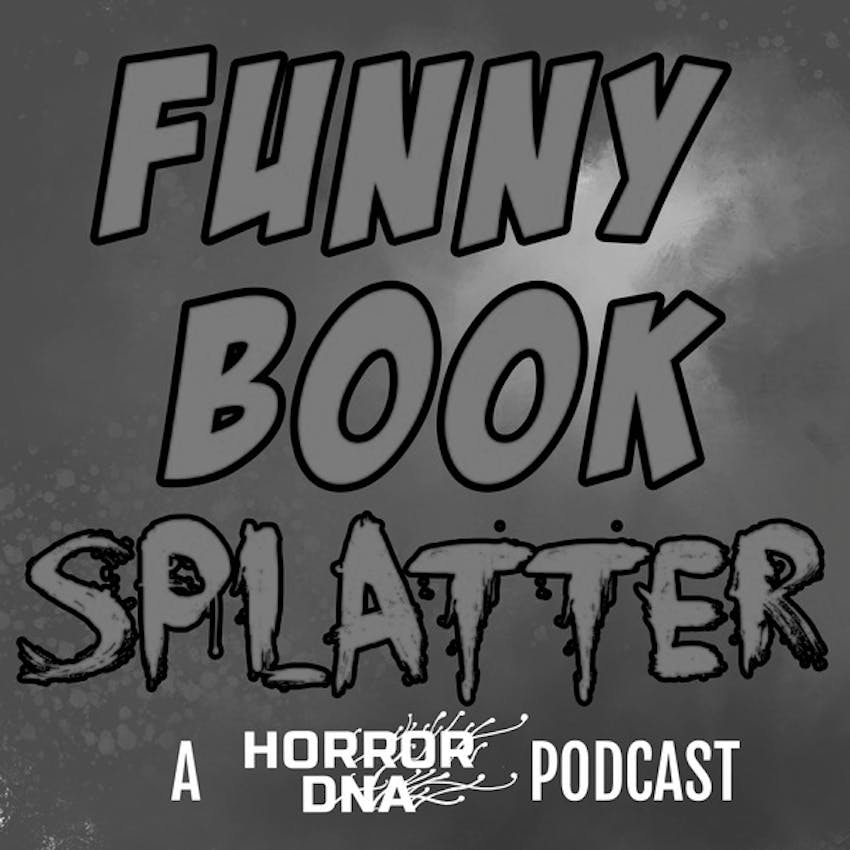 You know, in the comic book world, issue #100 could be considered a collector’s item, so what better way to ring in this monumental occasion, than by taking us back to the beginning?  No, I’m not rebooting the show. When I started this podcast, I made a list of creators I wanted to talk to. The very first person on that list was Dirk Manning. He was on the first episode of the show.  He was the first person I ever interviewed in my horror comics journey. It was only fitting that his return ring in episode #100.

When Dirk and I last spoke on the podcast, he was putting together the massive Nightmare World Bible, collecting all 52 stories in his connected universe of monsters, Cthulhu, and more.  Since then he’s released something like a billion comics like Haunted High-Ons, Hope, and Tales of Mr. Rhee, with more to come, like The Adventures of Cthulhu Jr and Dastardly Dirk, launching on Halloween ComicsFest from Source Point Press.

It was awesome to catch up with Dirk again to talk about all of the many projects he has in the works.  He offers a pretty unique perspective on the comic book industry and it’s always a fun chat. He’s currently involved in a Kickstarter campaign to fund the release of the collection of Haunted High-Ons.  There’s also a Tales from Mr. Rhee Omnibus on the way. The best place to check out his work is at his official website, DirkManning.com.