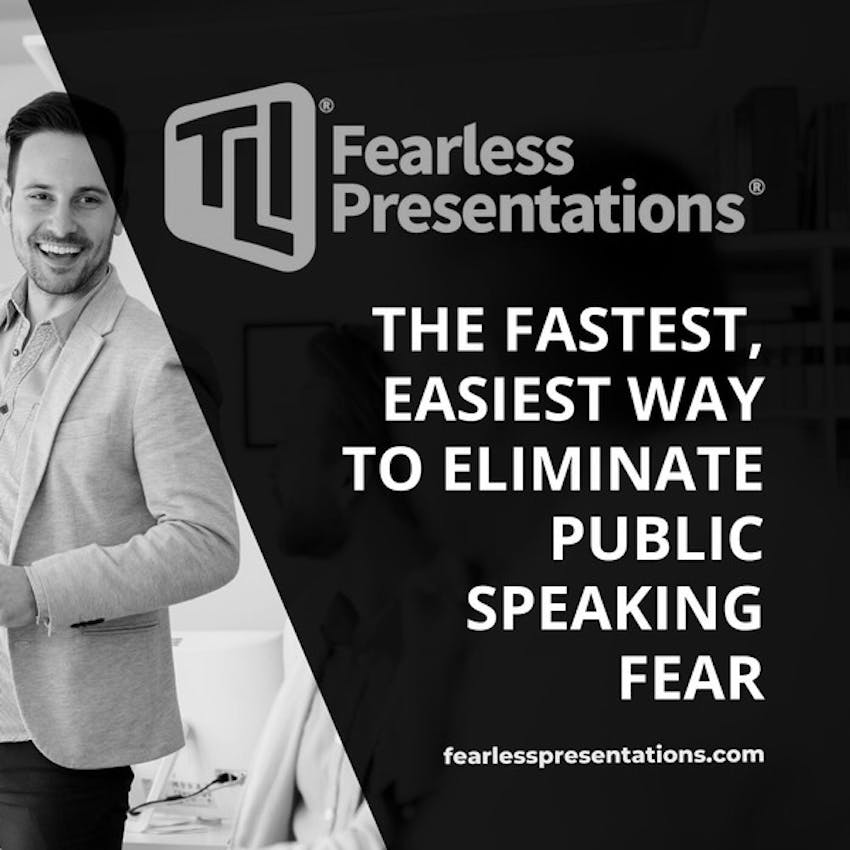 Contrarily, if you are starting your presentation design here, well, you may want to organize your thoughts first. Then, come back.

In this session, I'm going to give you a few visual aid examples. The examples include those for both in-person meetings where everyone is in the same room and virtual delivery. These mediums are actually fairly different. So, if you are using the same types of visual aids for both, this session may help you connect better with your given audience.

Often today, presenters think of PowerPoint as their only visual. It is still a very important part of the presentation, so I will spend more time on this medium in the next couple of weeks.

PowerPoint has been around since the 1990s. Until recently, though, the software hadn't changed a whole lot in that 20+ years. Prior to laptop computers, presenters used to have an ancient visual medium called the "slide projector." It was similar to an old-timey film projector. However, this version was filled with a series of tiny photographs printed on tiny clear squares called slides.

Years later, the "overhead projector" was invented. This allowed the presenter to place paper-sized transparency onto the projector to present. Now presenters could interchange photos and/or bullet-pointed text. In addition, the presenter could write on the transparency.

So when PowerPoint came around, it was a digital version of both the slide projector and overhead projector. Presenters would digitally create "slides" with bullet points and images as examples of visual aids.

All of that changed when Prezi came on the scene. For a few years, the online software Prezi began to exert itself into the visual aid market. The concept was simple. Make the visual aid... well... visual. It uses images and a Zoom function. So instead of slides and bullet points, Prezi used a canvas and images to create visuals for the presentation. Then the software Zoomed in on the image while the presenter provided the "text."

PowerPoint finally caught on. It now has a Zoom function which is pretty cool. Below are a few examples of what this Zoom function can do.