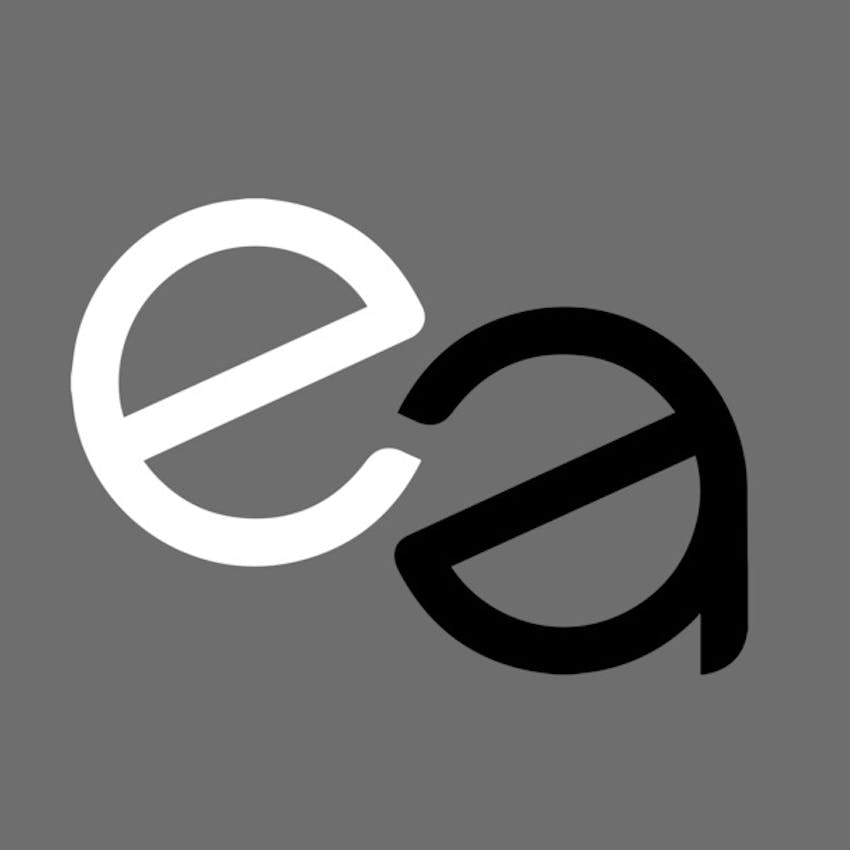 Cass Midgley and Bob Pondillo interview Joy Hopper. She's the author of her memoir, "Joy Unspeakable: Toxic Faith and Rose Colored Glasses." This is the quintessential EA episode. Joy's story is many abused Christian  women's stories, and yet Joy shares the tragic details with the timbre of an upbeat college girl.

Before we get into our talk with Joy, a word of caution to the ex-Christian men listening. If you even slightly built your marriage on the scriptures, this story is going to sting. Now Joy's ex-husband, whose name is Troy, takes it to the extreme, but I found myself cringing when reading her accounts of the marriage in her book and during this interview. I can easily judge Troy and even hate Troy, but as I did, it had the familiar feeling of Troy reflecting back to me that which I hate about myself.

There's a Buddhist teaching that can help us understand Troy and ourselves and even Joy. It's especially relevant in this time when the cultural scales of justice are shifting in favor of the oppressed and the long overdo condemnation of the oppressors. What we're seeing these days with all these tragic stories coming to the surface about men using their power to get women to do their bidding and how that whole power dynamic steamrolls the woman's consent, is not black and white, it's a spectrum. This is why we're now seeing women push back in France against the potential for this to become a puritanical witch hunt. The human mating ritual is awkward even for married couples who've had sex 5,000 times. It's always a little awkward and neither party ever really knows how into it the other is until several risk-taking moves have been made to test the waters.

Anyway, I want to talk about the spectrum of human behavior and emotional health as interpreted through the Buddhist teaching called the 8 worldly winds. It's 4 sets of 2 poles sitting opposite of each other. In between is a spectrum. And throughout our lives we are somewhere on the spectrum between the two poles. We constantly ebb and flow across it. The first of the two pairs is something we all want and the second is something we all don't want. We all have a tendency to lust after the first thing and be afraid of the second. They are:

This model is a great map for understanding motivation in ourselves and in others. It teaches that every one of us, in our intention to move through this life, are affected by these 8 worldly winds that are constantly battering us. The first two are:

Greed and Lack - everyone of us has desire to gain, to get things, and with that a fear of loss or going without. Sometimes we operate from a place of greed, other times from a place of lack. Both are toxic for us and our relationships. The Buddhist aspiration is find a balance and detach from both the greed form more the fear of lack.

The second pair is Status and Disgrace - everyone of us has desire to be to be seen, to be known and respected, and with that a fear of disgrace, or a fear of being ignored.

the third: Praise and Blame - everyone of us thrives when we experience praise from others, and we fear blame.

lastly: Pleasure and Pain - everyone of us wants pleasure and we have an aversion to pain.

When we seek for the former or flee from the latter, we can live in an irritable often depressed state and it directly affects our relationships. when we reflect on conflict with others it can be interesting to sense which one of the motivators is running really strong at that moment.

I bring this up in the context of Joy and her abusive husband. We'll see in Troy a deep need for status and thus a deep disdain for being ignored. If you too wrestle with these particular worldly winds, you may recognize yourself in Troy. This will likely disgust you with more fervor than others because it's so close to home for you (I'm speaking from experience here). This brings up another pitfall. It's clear that Troy has a problem--his extreme need for power and the fear of his own weakness. But he will compound this problem if he also has a problem with having the problem. Here's how this works. Joy tells a story where they have a disagreement in the house. Joy is late to run an errand and has to leave the house. Troy interprets this as Joy ignoring him. He's lost the status he craves and feels disgraced when she leaves him behind. He's feeling the pain and disappoint of this, so he storms out to the driveway, pounds on the window and demands that she come back inside. "We're not finished with this conversation," he yells. By now he's aware that he's out of control. He's scared the children in the car. The neighbors may be watching, and now he begins to hate himself for behaving this way but it's too late. He's in over his head, his adrenaline is pumping, he's invested and can't admit that he's made a mistake because he not only has this problem, but he's embarrassed that has the problem in the first place, let alone the unseemly behavior. He needs help, for sure, but the challenge for any therapist he visits is that they will likely have to build him up before he can deal with his issues. If he looks into the mirror and sees the monster, he will repel because he has a problem with having a problem and instead of owning it, he will deny it and distance himself from it, digging yet a deeper hole than he had when he walked in the office. His therapy will take week, months, years just so he has a strong enough self-esteem that when he sees the monster in the mirror he can have compassion on himself.

These theories help me when I see someone like Troy or Harvey Weinstein or even Donald Trump and see a reflection of myself. Obviously my first reaction is disgust and it can easily turn into self-hatred (which is not helpful). But if I can know that while, yes, I am on the same spectrum as these assholes, I'm not necessarily in the same spot on the spectrum. But just having this awareness can help me move along the spectrum in a way that is less like these monsters.

I'm not a hard core Harry Potter fan but one of the movies was on in the background at my house recently and I stopped to watch it. I learned that a part of Voldemort is inside Harry. It made me think that a part of Donald Trump is in me. Now before you vomit, consider this: one sure way that we can make the world a better place, improve society, mitigate wars, and promote world peace is to begin to see ourselves connected to one another--even those who disgust us, especially those that disgust us. Here's a brief excerpt from the Harry Potter story:

Harry:[to Sirius] This connection between me and Voldemort, what if the reason for it is that I'm becoming more like him? [starts to choke up; fighting back tears] I just feel so... angry, all the time. And what if after everything I've been through, something's gone wrong inside me. What if I'm becoming bad? Sirius:I want you to listen to me very carefully, Harry. You're not a bad person. You're a very good person, who bad things have happened to. You understand? [Harry nods] Besides, the world isn't split into good people and Death Eaters. We have all got both light and dark inside us. What matters is the power we choose to act on. That's who we really are.

Former guest of this podcast and host of the NPR program, "On Being," Krista Tippet Tweeted this week regarding the intense racist climate fostered by Donald Trump, "The spiritual danger in a moment like this is that we orient so passionately towards what we reject that we mirror it, amplifying its energy and its ethos. Dr. King said, "hate is too great a burden to bear." He modeled a "strong, demanding love" even as he battled hate."

And one of the 32 declarations of healthy adulthood is "Until I see another’s behavior with compassion, I have not understood it." The danger of seeing another's behavior with judgment is that ironically, before you know it, you become what you hate.  So when I see disgusting behavior, I let myself feel as much disgust as my mind and body decide it merits AND I know that if not for higher love, understanding and compassion, there go I. I see the evil, feel it in my body, I don't judge myself for feeling it AND I don't judge the person for doing it. I see it, assess it for what it is, and try to get in touch with some compassion. Because the truth is, while I may be more self-aware or more disciplined or whatever, but at a primal level, I am not superior to that person and under the same circumstances as their life, I would likely do the same exact thing. This another way we benefit from saying yes to what is; to that which we cannot control.

The faith Joy inherited at the age of three worked for almost fifty years. She believed it, preached it, wrote songs about it, lived it. Jesus was the center of her universe, literally and metaphorically. Hence, one can only imagine the tsunami that followed when her ironclad theological foundation unexpectedly and involuntarily collapsed with a deafening thud.

Joy's narrative chronicles her experiences of indoctrination from a young child to the present, as viewed through her rose-colored glasses. From early neglect to domestic violence, she shares how her distorted lens of faith turned every obstacle into an object lesson and every injustice into a refining tool. She exposes the toxicity of a religion that promises unspeakable joy amidst the backdrop of terror and violence. Joy offers hope to others who, like her, have found the courage to walk away and discover the world is even more beautiful without the enhanced overlay of religion.

We taped the following conversation with Joy Hopper on January 14th, 2018 (the audio got this wrong).

We interview people you don’t know, about a subject no one wants to talk about. We hope to encourage people in the process of deconstructing their faith and help curb the loneliness that accompanies it. We think the world is a better place when more people live by sight, not by faith. Please subscribe to our podcast, and leave a review wherever you listen to podcasts.

Also, you can support us monetarily in two easy ways: you can pledge monthly gift at www.patreon.com/eapodcast, or leave a lump-sum donation through PayPal at our website, www.everyonesagnostic.com. The smallest contribution is greatly appreciated.

Credits:"Towering Mountain of Ignorance" intro by Hank Green https://www.youtube.com/watch?v=w3v3S82TuxU Intro bumper "Never Know" by Jack Johnson The segue music on this episode the rhythm track of "Black Tamborine" by Beck

Thanks for listening! And be a Yes-Sayer to what is!