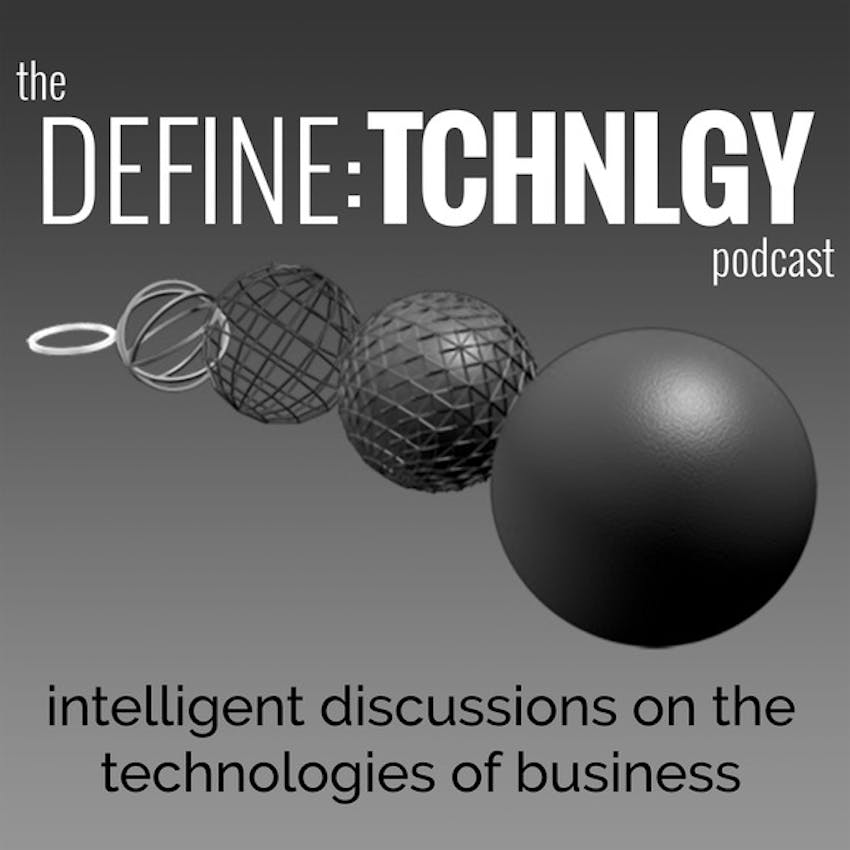 If you’ve ever had a conversation with Gene McCulley that at some point didn’t veer off the rails to somewhere you never anticipated, then I imagine you probably just weren’t paying attention.  I met Gene for the first time just a couple months before recording this episode, and during that conversation we, over tasty beverages, took the initial discussion of statistical analysis and eventually hashed out the concept for a dating app that combined analytics with the surveyed opinions of one’s friends, creating a peer-reviewed rating system for relationships. If this ever were to see the light of day, it could likely put a bunch of dating apps out of business.

In this spirited discussion (where the subject of dating apps ironically resurfaces), the CEO of software developing company StackFrame defines technology as the “science of craft” and he anticipates a very interesting world as new technologies are developed.   The intersections of multiple technologies fascinates him, and he highlights how manufacturing jobs are transitioning to more robots and other automated systems, and where the intellectual property behind innovation is becoming more and more valuable.

As a technology consultant, Gene provides insight on how wonderfully and frighteningly weirder the world is getting due to the adoption of new technologies.  He laments the recent Chinese scientists’ efforts to use CRISPR/Cas9 (clustered regularly interspaced short palindromic repeats) to genetically modify babies, actions which have been condemned by many in the world’s scientific community.

The growth of smartphone technologies and the application of Moore’s law in the use of multi-threading and software stacking has improved the use of transistors in leveraging computing abilities.  The reduction of size and increase of computational power is creating all sorts of new and crazy innovations.  One of the current limiting factors is the heat dissipation qualities on smartphones and tablets, but Gene imagines that even better use and understanding of machine learning will circumvent those issues.

The use of augmented reality and other technologies pose an issue to some communities and particular groups who may determine that members of those communities should be restricted from using new, invasive tech to keep them from withdrawing from society in some ways.

We talked about computer-human interaction and the evolution of computers that have beaten humans at both chess and Go.  Gene mentioned the Amazon acquisition of robot manufacturer Kiva, which has increased the retailing giant’s competitive advantage in warehouse automation.

The best part of the conversation was when Gene talked about the decades old scientific pursuit of neural networking capabilities in computer systems.  The use of CPU technologies, from an algorithmic perspective, wasn’t able to create a successful neural network model, however the evolution of GPUs has aided the rise of Artificial Intelligence and machine learning due to the ways that processing technology approaches problem solving – something that wasn’t widely considered or even possible until more recently.

Gene has had a great deal of success with StackFrame in simulation and training for the DOD and other government and corporate clients, and is now working more on mobile apps and consulting to other companies as outsourced CTO for specific purposes and leveraging technologies to help those companies grow.