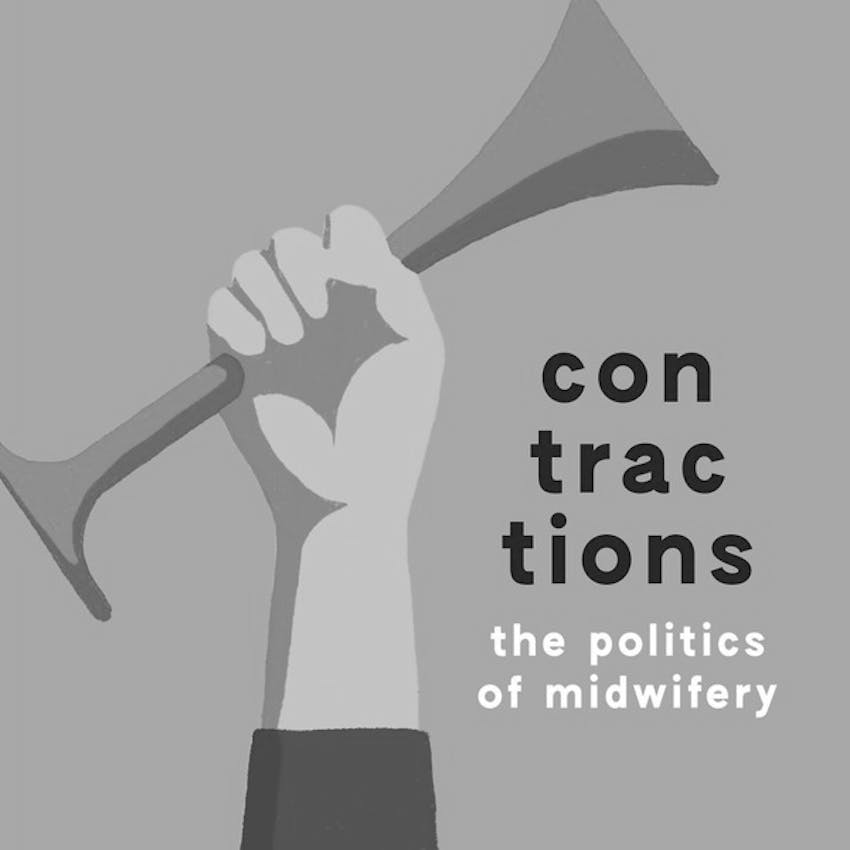 Contractions: The Politics of Midwifery

Contractions is produced by midwives Inga Maria Thorsteinson and Rodante van der Waal and podcast producer Vinny Tailor. We met during a three-year Twinning program called Twinning Up North wherein we were paired together.

During the three years of Twinning up North, both Inga Maria and Rodante graduated as midwives, thus slowly getting to know the world of midwifery. Our dialogues and shared experiences led us to the idea to start an international podcast, and we contacted podcast producer Vinny Tailor. In this intermezzo, Vinny speaks with us about our motivation to start Contractions.

Twinning up North took place from 2018 till 2020 between midwives from the Netherlands and midwives from Iceland. It was organised by the national midwifery organisations of both countries, Mothers4Mothers, Edythe Mangindin, Liselotte Kweekel, and Franka Cadée, current president of the ICM who did a PhD on twinning between midwives. See here the Twinning Up North magazine to read more on what’s twinning all about and to discover the wonderful projects of all the other twin-midwives. Our story is on page 13.

@tailor.vinny is a freelance podcast producer and creator of audio documentaries. She is based in the Netherlands and started her career as a newsreporter and newsreader for different radiostations. During this time she made an award-winning radio documentary (Hustle: one day in the life of a drugdealer) and got accepted at the EBU Masterschool on radiofeatures. She currently has her own business wherein she helps people to tell their story through audio and she teaches students at the Amsterdam school of applied science (Hogeschool van Amsterdam) to do the same. Fun fact: while editing Contractions Vinny was 6.5 months pregnant, sometimes working  during long hospital check-ups on our first episode! See picture ;)

Inga María Thorsteinson graduated from nursing in 2016 and midwifery in 2018 from the University of Iceland. She has worked at the labour and postpartum ward at the national hospital of Iceland after graduation. She went on maternity leave for 9 months after having her first child in 2019, and works now in a small hospital just outside the capital while also doing postpartum home visits. She is the vice-chairman of the Icelands‘ Midwives‘ Association and will publish her first book on childbirth education at the beginning of the year 2021.

Rodante van der Waal, MA, studied philosophy and midwifery in Amsterdam. She works as a community home-birth midwife in Amsterdam and is PhD-candidate in care-ethics. Her PhD study investigates the philosophy of pregnancy and the problem of obstetric violence through a postcolonial, feminist, care-ethical, and critical theory lens. For more information see www.rodantevanderwaal.nl.