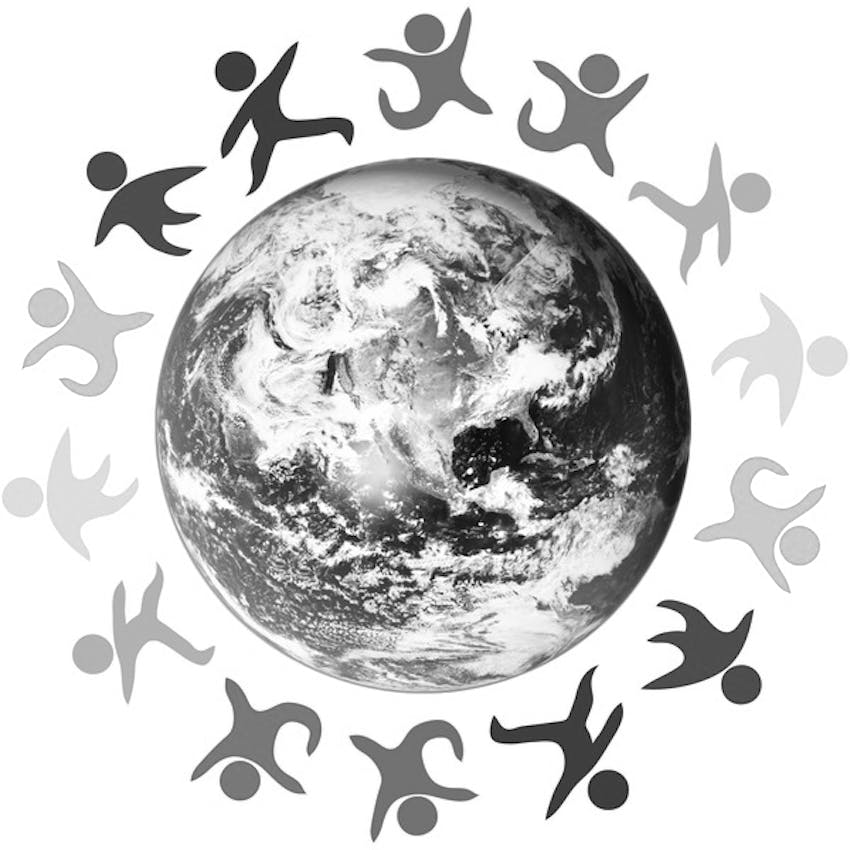 By Janae Jean and Spencer Schluter

For our May interview, we had the pleasure to share a conversation with author Danielle Dulsky. Danielle explores the wild feminine, humanity’s deep and embodied connection to the natural world through writing, multimedia art, motherhood, witchcraft, yoga teaching and energy–healing.

Danielle’s most recent book, The Holy Wild: A Heathen Bible for the Untamed Woman, invites readers to create their own spiritual path with the elements—Earth, Water, Fire, Air and Ether, as well as the feminine archetypes of Maiden, Mother, and Crone. For more about Danielle’s fascinating work, visit DanielleDulsky.com. Follow her on Instagram and Twitter@WolfWomanWitch. You can support her work at www.Patreon.com/DanielleDulsky, and “like” and “follow” her work on Facebook@WolfWomanCircle.

The following is only an excerpt from our interview. Listen for more insights about the Divine Feminine, archetypes, the importance of rituals, motherhood, living in harmony with nature, and more. Subscribe to the Conscious Community Podcast on your favorite podcatcher or listen on www.ConsciousCommunityMagazine.com. Find the Conscious Community Podcast on Twitter@TweetCCPodcast or on Facebook@ConsciousCommunityPodcast.

Janae: In your book, you talk about the feminine archetypes of “Maiden, Mother and Crone.” Do you feel that as women we need to embody all these roles?

Danielle: Yeah, I think that’s it. We are all three, maiden, mother and crone, all the time, even irrespective of gender. We have these masculine and feminine energies that cycle within us. It doesn’t even bother me If you call them by those labels or call them something else. What we are really talking about when we talk about the maiden is our sensuality, the way our emotions cycle, and our kinship with nature. Then the mother archetype is two things. In my book, I talk about the idea of the mother’s twin. There are socially acceptable aspects of the mother archetype because she’s a “doer.” She’s generative; she’s productive. So, she’s very good for capitalism and our existing socioeconomic structures because she’s very busy. But, the mother’s twin is the flipside of the mother, which are the less socially acceptable aspects of the mother archetype, which would be righteous rage, will and activism. She also thinks very holistically. While the masculine equivalent, the Father archetype, thinks very individualistically. So, the mother is very holistic; she’s a creator of community and a storyteller. Finally, the crone archetype is very intuitive. She thinks in terms of the cosmic web. While the Sage archetype, which is the masculine equivalent, will fragment and separate in order to examine, the crone will look at the bigger picture.

JJ: Not to distract us from the discussion of the feminine, but what is the male equivalent of the maiden?

DD: I usually call him the Hunter.

Spencer: In popular culture, as Janae points out, women are often only valued when they are under 25 and for their physical appearance and reproductive qualities. This is toxic for young women and especially toxic for women as they age. As younger people, we need the help of elders and their guidance.

DD: We take the maiden’s power away by oversexualizing her. She’s valued until she’s 25 but valued in this limited physical way. The maiden archetype is much broader. She is very sexual, but she’s also an artist and very present, versus the mother who is a forward thinker. As I said, she’s the one who socially acceptable because she’s always creating something, whether it’s children or something else. She’s “mothering” something. Our crones and sages are locked away in nursing homes or whatever and not valued for all that wisdom they have, so we are in a society where we don’t have access to elders. It is difficult to embrace our inner crones and sages because they are those aspects of our psyches that have been socially devalued in every way. We live with that and see it all the time, so it’s difficult to get past it.

SS: You mentioned that the crone is intuitive, which is something that our society smirks at. I think that leads to a lot of our problems.

DD: Like I always say, “Even witches want proof.” Proof that our intuition is right. When we listen to our intuition, and we were totally right, then we have this incentive to keep listening to it. But, if we don’t even get that chance to listen to our intuition because we are trying to be so logical, then we don’t have the proof that we need! Right? It’s taking those first few steps where we say, “Maybe I should go with my gut and go against the logic and the numbers and just see what happens.”

DD: I do. I think ritual is absolutely everything. I think we need little, mini, what I call “micro–rituals” or “root rituals.” But then, we need larger community rituals where we are acknowledging one of the big holidays, like Yule. Rituals make things important; they mark transitions from different life stages; they are very holy ceremonies, even if they don’t come from some archaic understanding or knowledge. They can be just as important if they are something you co–created with your friend.

I’m not raising my two sons to be witches because I don’t want them to be indoctrinated into religion the way that I was when I was younger. However, I do co–parent with their father, so they do have to go to church on Easter Sunday. So, there’s this majesty that they get from that ritual that they don’t get from these tiny practices that they might be doing with me in our home. That’s not something that can be competed with—the golden candlesticks and the majesty of the Easter celebration in a Catholic Church, right? So, I do think that there is this hunger for ritual and ceremony, particularly in people who may have been raised in religious traditions, and then they come away from it. We still need that ritual container, and it is innate and a human hunger.

JJ: You mentioned that you have sons. How does a mother include this idea of the feminine when raising boys? I think it’s really important for both girls and boys to understand the masculine and feminine.

DD: It’s getting harder! My sons are 9 and 12. When they were younger I didn’t even think about it. They are certainly closer to you when they are younger. So, they knew how to cast a circle and do things that I do in my own practice. I think that my simple answer to your question is to have them outside as much as possible, which is getting more difficult the more screen–based our society becomes. I think that we all have the feminine in us, and it’s just honoring it as much as possible. It’s taking them outside to see these things that they shouldn’t take for granted—the flower blooming or that strawberry you grew.

SS: What is your intention for The Holy Wild?

DD: My biggest intention for the book is to say that the reader’s story is important. There are a lot of opportunities in the book to look at the elements; Earth, Fire, Water, Air and Ether, and the way those elements resonate and resonate with the Divine Feminine, or with certain Goddess archetypes and how that relates to your personal story.

Janae Jean serves as editor, social media manager, recipe columnist and podcaster for Conscious Community Magazine. Visit www.janaejean.com or www.perennialmusicandarts.com for details about her other projects.

Spencer Schluter serves as an advertising account manager, social media manager and podcaster for Conscious Community Magazine. Visit www.yggstudios.com for more about his freelance design and consulting work. He is also a master level Reiki and traditional Chinese Qigong practitioner.