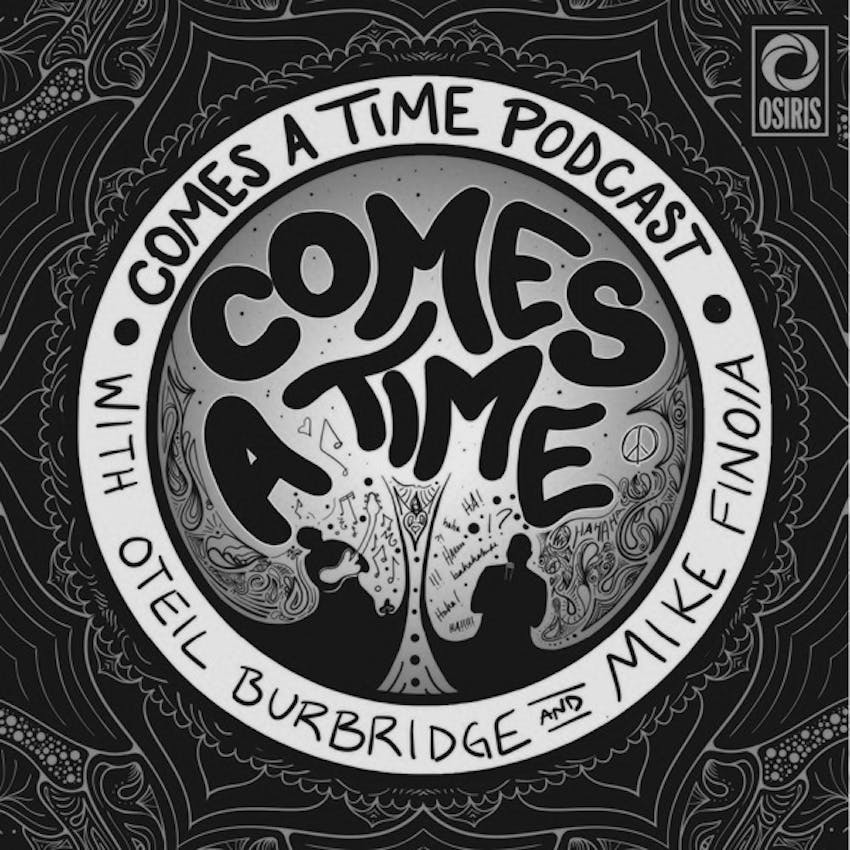 “If you understand the process of making records, the style of music doesn't matter. What matters is that whoever the artist is, that they're being for real, that they're opening up and letting out this part of their inner life that defies explanation, where words fail to convey the true depth of our inner emotional lives. We use art as a metaphor to communicate it. - Don Was

On today's episode of Comes a Time, Mike & Oteil welcome bass player and record producer Don Was, co-founder of the funk-rock band Was (not Was) and later a producer on countless albums with major artists including the Rolling Stones and Bob Dylan. Don shares his philosophy when it comes to producing a record and the occasional star-struck moments that still appear when he thinks on his career. The three also discuss Phil Lesh’s incredibly unique bass style and Oteil’s approach to filling that role in Dead & Company, along with the connection to the music that comes through playing Grateful Dead songs.

Don Fagenson first became known to music audiences as a founding member of Was (Not Was), which he formed with childhood friend David Weiss in his hometown of suburban Detroit under the stage names Don Was and David Was. Throughout the 1980s and early 1990s, Was (Not Was) released four studio albums that showcased their unique blend of soul, funk, R&B, rock, and dance music combined with satirical and unusual lyrics. Their 1988 album, What Up, Dog?, spawned the US and UK hit singles "Spy in the House of Love" and "Walk the Dinosaur." As an in-demand, highly acclaimed, and commercially successful producer since the late 1980s, Was has been honored with multiple Grammy Awards and an Emmy Award for his production work, which includes collaborations with the Rolling Stones, Bob Dylan, John Mayer, Bonnie Raitt, Gregg Allman, Brian Wilson, Ziggy Marley, and countless others. In 2012, he became the president of preeminent jazz label Blue Note Records.

This podcast is available on Apple Podcasts, Spotify, or wherever you get your podcasts. Please leave us a rating or review on iTunes!

Comes A Time is brought to you by Osiris Media. Hosted and Produced by Oteil Burbridge and Mike Finoia. Executive Producers are Christina Collins, RJ Bee and Kirsten Cluthe. Production, Editing and Mixing by Eric Limarenko and Matt Dwyer. Theme music by Oteil Burbridge. To discover more podcasts that connect you more deeply to the music you love, check out osirispod.com

Save 10% on soothing throat spray for singers and talkers at Clyor.com with the promo code TIME