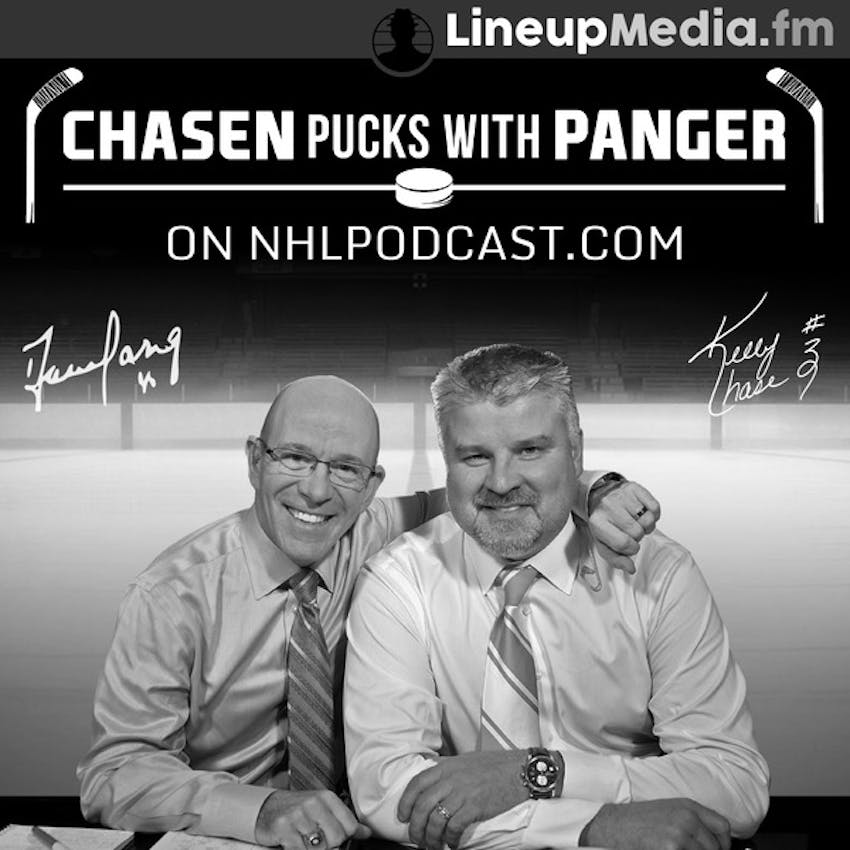 Episode 9 – Chaser sits down with retired NHL veteran player and coach Rick Tocchet and they discuss playing with greats like Gretzky and Lemieux, the John Scott All-Star situation and much more. We also do the first installments of our two-part interviews with St. Louis Blues GM Doug Armstrong, who was named GM for Team Canada for the 2016 World Cup of Hockey, and former player & current commentator (and horse racing enthusiast) Eddie Olczyk, who gives us his perspective of hockey in the USA and representing the US in the Olympics. Check back next week for part-two of both of these great interviews. Plus we do our “Dude…really?” and “Text or Tweet of the Week” segments and much more! Remember to check out our website NHLPodcast.com and follow us on social media. On Twitter, follow the show at @NHLShow and Chaser at @Chasenpucks39 and Panger at @Panger40 – plus, find the show on Facebook at facebook.com/NHLShow and subscribe and share on iTunes, Stitcher and Podbean using these links: NHLPodcast.com/iTunes or NHLPodcast.com/Stitcher or NHLPodcast.com/Podbean.