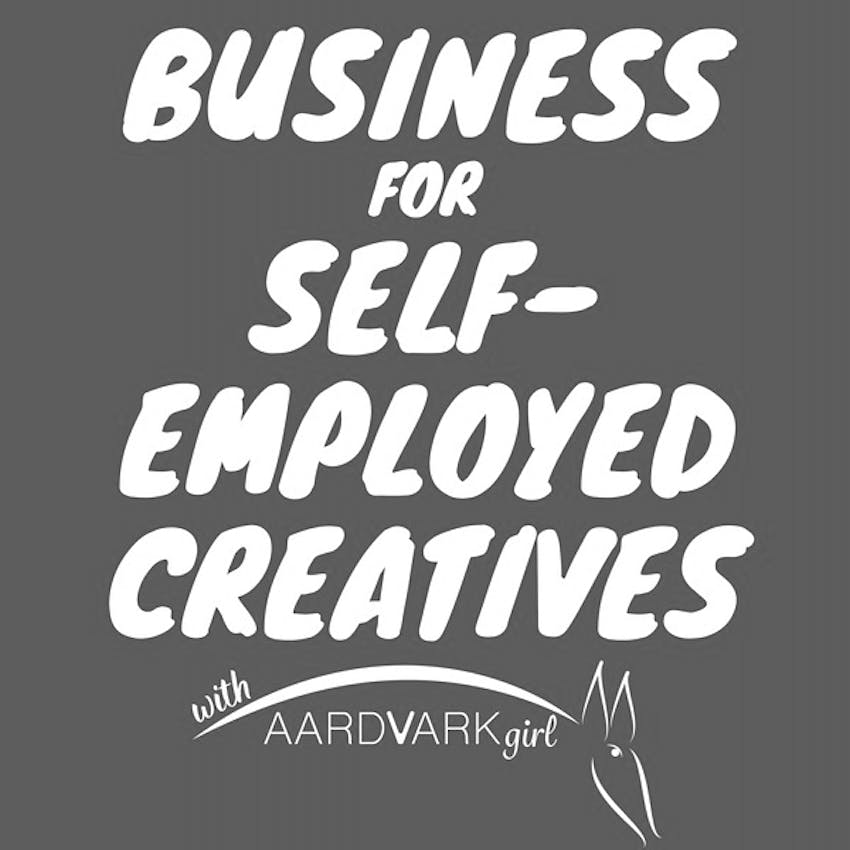 Making the Best of a Bad Situation

When it feels like everything is falling apart, some perspective, acceptance, and understanding might help you make the best of a bad situation. I took my own advice this week and it helped me keep my sanity amidst some chaos.

Connect with me on your favorite platform: https://pods.link/aardvarkgirl

Well, this isn’t the episode I planned on releasing this week. But, a lot of things happened over the last several days that I didn’t plan on either. I won’t bore you with all of the convoluted details, but essentially the plumbing in my house went haywire and now my kitchen island and master shower are out of commission. I’ve been dealing with these massively noisy dehumidifiers that make it impossible to sleep, let alone record, so I’ve had to move into my own guest room, use my guest shower, and the cats are pretty annoyed that all of their stuff has been moved.

Now I’m talking to plumbers and water mitigation experts and insurance adjustors, trying to learn all the lingo and make sure I’m doing what I need to. There have been so many people in and out of my house to assess things, estimate things, try to fix things just to find out they can’t and someone else has to try something different. I’ve seen these various repair guys more in the last week than I’ve seen any of my friends in over a year. It’s kind of ridiculous. I think my house is trying to tell me I’ve been in it too long and need to leave a little more often.

But no, this episode isn’t about wonky house woes, it’s about dealing with unexpected situations without losing your mind. I know I talk about certain concepts quite a bit. Staying positive, going with the flow, believing that everything happens the way it’s meant to. It’s one thing to talk about it, but it’s another to actually put it into practice. So I want to share how I’ve applied my own advice in this situation, along with some observations about perspective and control.

There are so many times when it feels like the world is conspiring against you. Your clients all need you at the same time. You finish one thing and two more come up in its place. Everything is an emergency. The days are flying by and you don’t even know how long it’s been since you last got up from your chair. Add in the extra demands of your personal life, your family, and all those little things you need to tend to, and this is the typical life of a self-employed creative.

It’s easy to focus on the stress of it all. What is going wrong. How overwhelmed you’re feeling. It’s all real. There are days you want to scream, or cry, or where you just laugh because that’s all you can really do. But, that doesn’t help anyone, especially yourself. Getting frustrated doesn’t help you do your work faster. It probably slows you down. Getting mad doesn’t fix the problems. It just makes you feel worse. Thinking about how unfair it is doesn’t change what’s happening. So while I do think it’s important to feel your feelings and acknowledge them, I also think it’s necessary to reprogram the negative ones.

That’s where perspective can be helpful. I’m not happy about sleeping in my guest room. I love my tempurpedic bed and I typically don’t sleep well anywhere else. But, I am grateful that I have an extra bed in my home so I didn’t have to sleep on a couch or somewhere else. I also feel weird using my guest shower, but I am thankful I have an extra shower so I don’t have to hose myself off outside, which could be pretty awkward and not very effective. It’s nearly impossible to function the way I normally do without my kitchen island and sink. But, I’m fortunate enough to be able to swork around it, even if it’s not ideal. It’s difficult to get my work done with all of these people coming in and out all day, but how lucky am I to be able to be home while this work gets done? I really don’t know how people who have job jobs do it. I haven’t been able to go anywhere or schedule anything because I’m usually waiting for someone who could show up at any time, or who give me a 4-hour window for when they might get here. I can’t imagine how I would do all of this if I was still at my old job 30 minutes away.

Thinking about how good I have it, even in the bad times, gives me that perspective to understand that it might feel like a lot at once, but it could be worse. Instead of focusing on all of the inconveniences, I choose to appreciate all that is going right.

And when it comes to what isn’t going right, I have to remember that it’s completely out of my control. Now, I like to be in control. I don’t think that’s a surprise to anyone. I wouldn’t call myself a control freak, because it’s not a necessity for me to be in charge. It just happens to be something I’m good at and often have to do in my work. But, oddly, understanding that I can’t control everything is part of how I’m able to solve problems. I’ve known a lot of people who can’t let go. When something goes wrong, they keep trying to fix it, where fix means make it exactly the way they wanted it. They aren’t able to step outside of the box and find a new solution. But as the Rolling Stones song goes, you can’t always get what you want.

Everything that’s happened recently is 100% out of my control. I didn’t cause the leaks in my plumbing. And I couldn’t pretend they didn’t exist, because that would’ve created bigger issues in the future. I can’t do anything to speed up the process with regards to how long it takes for these different companies to get the work done. And I can’t stop doing my work just because I have other things to tend to, at least not without detrimental repercussions that I’d rather avoid. I can’t control any of it. I can only adapt and figure out ways to do what I need to do in the midst of the chaos. It might not be ideal, but I will get things done.

I’ve always believed that everything happens for a reason. I know that often sound cliché. It’s one of those somewhat empty sayings people use when they’re trying to make people feel better, even though it usually doesn’t help. But I really do believe it. Everything happens the way it’s supposed to, when it’s supposed to. I accept that and do my best to embrace it. This whole kerfuffle started with a tiny drip in my faucet. I figured that should be an easy enough thing to fix. I’m usually pretty handy, so I watched some YouTube videos and figured I’d try it since it was a weekend and getting a plumber would take a while. I needed to take off the handle to find out which part I needed to get. I learned that the valves under my sink that are supposed to turn the water off, did not work. Long story short, I got an unexpected cold shower and flooded my bathroom. I did fix the drip, for what it’s worth, but I could only get the handle on backwards so I decided to just live with that until I could get a professional out.

But, while cleaning up the flood, I noticed some warping in the door frame by my shower that indicated it was water damaged, unrelated to that incident. My dishwasher had also started leaking whenever I ran it, so it seemed like the perfect time to utilize my home warranty and get someone to look at everything. I didn’t expect any of it to be such an ordeal, but I’m really glad I got them here when I did. Had I not noticed, or not called anyone, it could’ve gotten worse and caused more damage, or something worse like mold. So, not ideal, but probably a good thing it happened.

The major issues also happened when I had a few slower days of work. I had plenty I wanted to do with that time, but if it was in the midst of what I have coming up over the next few weeks, it would’ve been a disaster. The next couple of months are jam packed with projects. The repairs will hopefully get started soon and will still be a distraction and most likely an annoyance, but it shouldn’t require as much input from me, so it’ll be fine. If this happened a couple weeks from now, I might have had to let some people down and that wouldn’t be okay with me. Timing is everything.

And just like the timing of all the bad stuff worked out, so does the timing for some good. In the midst of all of this, Taylor, my future primary caregiver, graduated from high school and invited me to the celebration at their house in Boulder City, which is about 45 minutes away from me. It was on a Thursday afternoon. Normally that wouldn’t have been an issue, but I had 3 different appointment windows with people coming to the house and a Zoom meeting with a client. I really didn’t think there would be any way I could get there and that was disappointing because I’ve known that kid since he was born and it was important to me to be there. And not just because I’ve been bribing him his whole life so he’ll take care of me when I get old, but because his dad has been one of my best friends for 20 something years and certain moments are worth the effort.

By some miracle, everyone that day showed up in the early part of the window, finished quickly, and I was able to get there and spend a few hours away from work, away from house drama, to laugh with good friends. Like I said, timing is everything.

So, yeah. It’s been a challenging couple of weeks. My whole routine has been disrupted, I’m tired, and I have a lot to do. I’m feeling the pressure of everything that needs to be done with work, to get my house back in order, and to just maintain my sanity. But, my advice has helped me, as weird as that sounds. I keep grounded with perspective. It might be bad, but it could be worse. In the grand scheme of things, I’m still pretty lucky. I accept what I can’t control and adapt instead. Things still need to get done, and I can’t do them the way I’m accustomed to, so I have to figure out new ways. Maybe I’ll learn something in the process. And I remind myself that everything happens for a reason, and I’ll get through this. I’ll look back and laugh. I’m actually laughing quite a bit already because it’s all I can really do at this point. It really does help me feel better about everything that’s happening.

I hope you are having some better luck than I am, and if you’re not, then I hope you can join me in making the best of a bad situation.