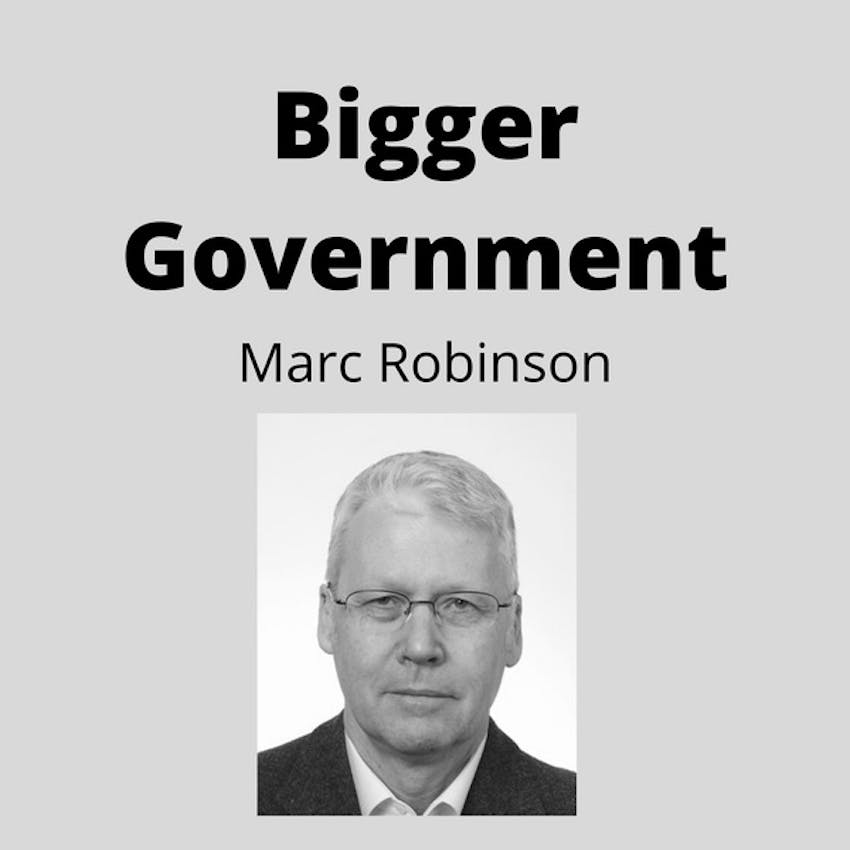 Governments will have to spend substantially in coming years on the climate change crisis, long-term care, and infrastructure. This will be true irrespective of which parties are in power. Overall, the spending pressure will be huge. The pressure to make offsetting spending cuts in other areas will be great, but the scope for such cuts is too limited to prevent total government spending from rising. Taxes will need to increase to prevent deficits and debt getting even further out of control. There will be no room for fashionable spending programs such as a universal basic income -- something for which there is, in any event, no need. The case for a UBI based on the threat of technological unemployment, or on "precarious" work, doesn't stand up. These are some of the key themes of Marc's new book Bigger Government: The Future of Government Expenditure in Advanced Economies.