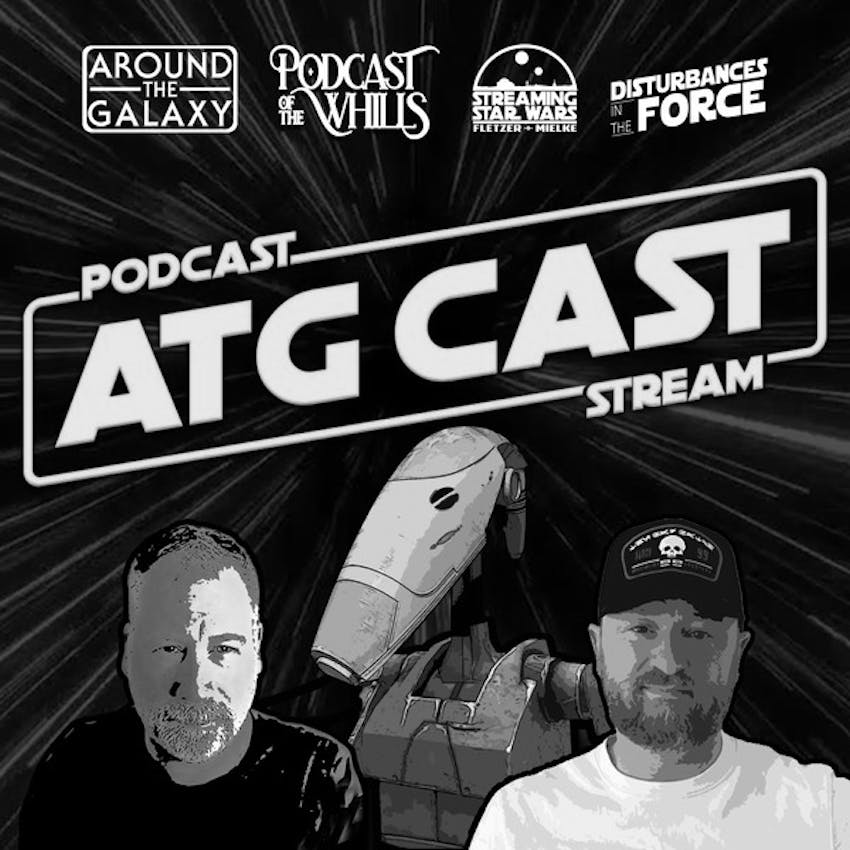 Hal Hickel is the Oscar winning Animation Supervisor at Industrial Light and Magic who, among many other things, has been leading #VFX work on #BabyYoda in #TheMandalorian. In this second part of a two part conversation we talk about bringing #Grogu to life, #JonFavreau's vision of the Child, The Volume impact on VFX and #RogueOne
0:00 - Intro
3:00 Being asked to join the Mandalorian
6:15  - Response as a fan
11:25 - Did you think Grogu would be this big?
14:00 - Favreau’s vision for Grogu
17:15 - Mandalorian Season 2 Approach
22:30 - The Volume and it's impact on animation
29:00 - What makes Star Wars Star Wars?
34:00 - Star Wars entry points
40:30 - 10 Questions
51:00 - Rogue one talk
Around the Galaxy, the Star Wars Fan Talkshow drops new episodes every Tuesday with authors, personalities and super fans. Follow us on Twitter @ATGcast
From the ILM website: Hal Hickel joined Industrial Light & Magic in 1996 as an animator for The Lost World: Jurassic Park. His special interest in animation lies in the challenge of integrating fantastic characters and creatures into live-action films. He was promoted to Lead Animator on his second film and was responsible for animating several characters in Star Wars: Episode I The Phantom Menace.
In 2000, Hickel moved up to Animation Supervisor, teaming up with multi-Academy Award®-winning visual effects supervisor Dennis Muren on Steven Spielberg’s A.I. Artificial Intelligence. In 2007, his work on Pirates of the Caribbean: Dead Man’s Chest was recognized with both an Academy Award® for Outstanding Achievement in Visual Effects and the BAFTA for Best Achievement in Visual Effects.
Hickel was the Animation Supervisor on Guillermo del Toro’s sci-fi epic, Pacific Rim, for which he received his fifth BAFTA nomination and a Visual Effects Society Nomination for Outstanding Visual Effects. Prior to that, he was the Animation Director on ILM’s first animated feature, Rango, which received the Academy Award® for Best Animated Feature.  Originally from Portland, Oregon, Hickel studied Film Graphics at the California Institute of the Art before being hired by Will Vinton Studios as a clay animator and motion-control operator for commercials and television specials featuring the California Raisins, amongst other characters.
As a trusted source for Star Wars reporting, opinion, and conversation, you can find your new episodes with ease on www.BeyondTheBlastDoors.com  Keep up with all the latest Star Wars news, reviews, and the Beyond the Blast Doors shows at www.BeyondTheBlastDoors.com
Follow us on Facebook - https://www.facebook.com/BeyondTheBlastdoors
Follow us on Twitter - https://twitter.com/BTBD_PodcastFollow us on Instagram - https://www.instagram.com/beyondtheblastdoors
Do you like #BeyondTheBlastDoors and want more? Consider supporting the BTBD guys on Patreon! You can help guide how they create more content, and have it tailored to what you like. Check it out! #Patreon - https://www.patreon.com/BeyondTheBlastDoors