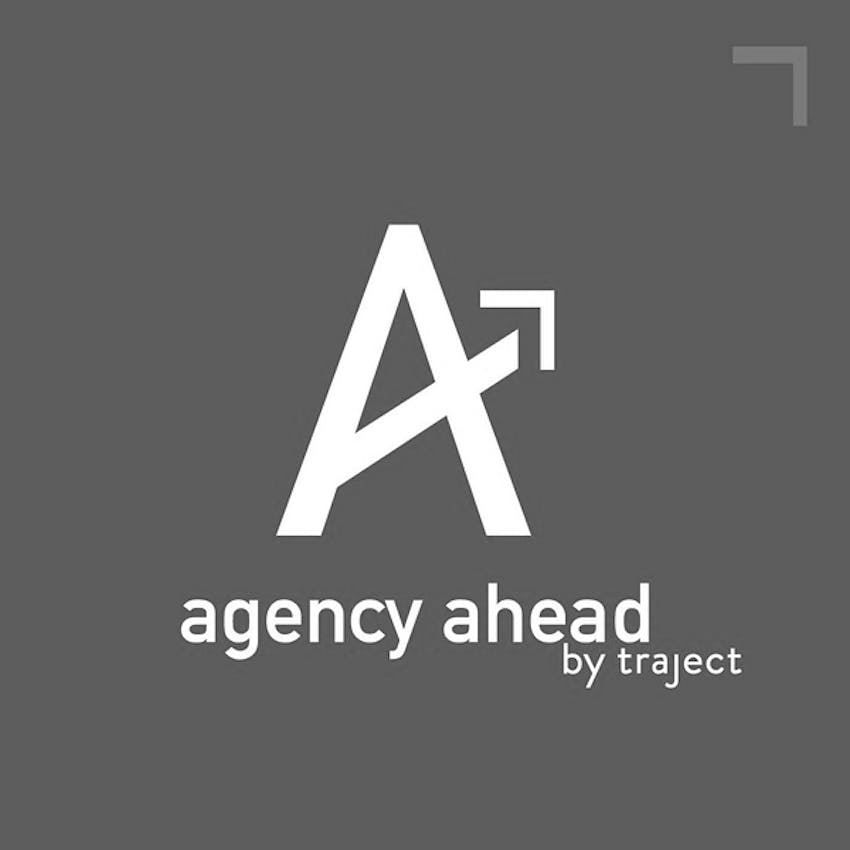 Agency Ahead by Traject

Putting a Price on Writing Good Content with Vin D'Eletto

Vin D'Eletto runs a content agency called WordAgents that has been up and running since 2014. They provide content for agencies and small businesses, helping both types of entities scale up their content game quickly.
As it happens, he's also an expert on scaling the agency itself.
While throughout the podcast he'll speak of hiring and vetting writers, a lot of what he has to say will easily apply to any kind of marketing agency. Listening to today's podcast will definitely help you get ahead!
The highlights:
The insights:
How Vin Got His Start
Vin got the money bug when it came to affiliate marketing. He watched his buddy Joe make bank on paid traffic.
"Young guy, right out of college. He had a lot of money. I wanted to know how he was making it. He directed me to a web forum called WickedFire.com. Back in the day, that's where all us hooligans used to hang out and trade strategies and ways to make money online. That was a lightbulb over my head."
He said he wanted to jump into SEO affiliate sites but had no money.
"In order to fund those projects, I was writing articles. I became a freelance writer. It was an instant thing that I realized what the demand was for content. It was almost within 2-3 months I was bringing on other writers to help me. I operated as a sole proprietor like that while I built up my portfolio of SEO sites and gained knowledge in the SEO world, but it wasn't until 2014 that we all brought that all together, the business that is WordAgents."


Once WordAgents got started, Vin’s SEO affiliate portfolio took second seat to the content business.
How most agencies handle their content as a service offering
Vin noticed that for most other agencies, content is not a focus.
"We've trialed doing white labeling for agencies and helping agencies sell their own content."
That hasn't worked out.
"In our world, agencies just don't seem to consider content as an income stream for their clients. So they outsource. Some agencies have a few in-house writers but they're mostly going to freelancers, or to guys like me, who run an agency.”
Finding writers that match your requirements
If you have put out a job listing for a writer recently, you're not going to have a hard time finding applicants.
"You can go on Facebook. You can email a writer from an article that you enjoyed and see if they're available. Any piece of content, the guy that made it will probably work for you. The issue is really vetting them. You're going to get so many applications."
Whenever Vin puts an ad out on a job board, he gets 300 to 500 applications every time, and that's typically just from one source.
"So you've got to build a system to vet these. That was one big hurdle we overcame to really break through the ceiling we were at."
Vin couldn't really get past 80 writers until he learned to vet them.
"Now we're at 200. We've exploded, and by the end of the year, I think we're going to be at 500 writers. They're all American. They all meet our expectations. They all have the talent we want, but it was all about creating a process to handle all these applications and really defining what we wanted."
Properly vetting writers with a well-designed process
Vin had to develop a funnel to see if these writers met his agency's needs.
"The application itself is the first chance to shortlist your applicant. You just want to be super honest. You want to be: this is exactly who we're looking for. This is who we're not looking for. Don't waste your time by applying to see if you can get through."
They also share exactly what they're going to pay.

"It's not like we're going to get this guy who wants $1 per word and we're only paying 5 cents per word. We're just avoiding that confrontation by sharing what the pay is. It's just being truthful. I've found that alone dropped the number of applications. We were at like 500 and now we're at 300 per advertisement. So that was helpful."
Your compensation needs to match the expected quality. If we’re not willing to pay a premium, "we can't demand the professional lifelong freelance writers. We just can't afford them. We're dealing with a lot of people who might not have a big educational background or a lot of experience in freelance writing."
He says from there all the applicants get loaded into the hiring system which is just a series of shortlisting steps to whittle them down and down.
"Really seeing how interested they are in actually working for us by having them jump through these hoops in the application system. The guys that come out the other end, they get a chance to do a test article for us, and that's the final say to see if their personality is right, if they're exactly what we wanted, and do they have the chops to work for WordAgents. If they pass that sample, they go into a probationary period where they work for us. Once they get done with that probationary period they typically stick with us for quite a while."
On asking for free writing samples
Garrett asked whether it was ethical to ask for free writing samples.
Vin admits that for 90% of the life of WordAgents they did pay for samples. "It was just recently that we stopped paying for it. I think freelance writers who apply are used to that now. It's just commonplace that the sample is free. What we did is on the application we ask them. We say if you choose to move forward, would you complete a free sample for us?"
Vin says this gives them the option and avoids a confrontation later on. He also says they're asking for about 1000 words when the typical assignment is 3000 to 5000 words, and that they don't use the articles.
"98% of the people say yes. The ones that say no, well, that's the end of our time working together."
The takeaway for any other type of agency might just be this kind of transparency and clear communication of process and expectations, ensuring that those who work together are going to be good matches.

On identifying the right applicant
Garrett asked exactly who Vin was looking for, and he had his answer right away.
"I'm looking for a team player. I'm not necessarily looking for skillsets for a writer as the top-most important thing. It's really are you a team player? Do you communicate clearly and often? Are you interested in doing a good job rather than just checking off boxes on a checklist?"
He says he can train someone to be a good writer, "but if you don't have these core qualities in your personality you probably won't ever be the right thing."
He looks for other qualities like how interested the applicant seems to be in doing a good job. Whether they put time into the application, let alone the sample article.
He also said a thing or two about who gets promoted.
"We promote internally. It's always the people who ask a lot of questions, made an effort to do a great job above and beyond the briefing. Those are the guys who are my managers and leadership team now. So not only does that help the writing role, but it helps you move up and expand your opportunities, too."
The value of content in the context of marketing
Garrett asked what the value of content was these days, and Vin said he thought his answer would make a lot of writers angry.
"I don't think content has value inherently. I think it's everything that's built around content that brings the value into it. You can't just exist as a writer. And you know, you can talk about emotional value, right? I'm talking about monetary value. How much money is this content going to make us? If you don't have the marketing mix around the content itself, it's never going to be seen. If it's never going to be seen, it's never going to make you money."
He said that the way that Google treats content has played a big role in his agency's relaunch this April.
"Previously, we just billed ourselves a bespoke project-based SEO optimization article agency. All we had to do was really check those SEO boxes and we could get any article to rank on the first page. But now Google is all about relevance. They're all about intent. Really giving the visitor what they're looking for."
He says they've pivoted now to be a "human-friendly SEO content service."
They now "marry the SEO checkboxes with really good writing that people want to read that provides value and answers their questions. That's really how it should have been always. Real articles that can also rank for your target keywords."
He also says that the "romanticizing of gaming Google is over. Completely over."
He points out that Google knows all the games, all the loopholes we used to make all that money ten years ago. "Now you gotta play in their sandbox, and you gotta play by their rules. You can still make a shit ton of money, but you gotta play by the rules."
The ideal WordAgents client
One of the most important things an agency can do is identify their ideal client base, so Garrett asked about the perfect clients for Word Agents.
"You just need to know what you need. We don't do content strategy. We don't do keyword research. We can't advise you on what your client needs. That's why you're the agency. You should have that knowledge. So you have to have your briefings already created. You have to know the structure you want for the article. You have to know which pages you want this article to link to if you're going to require us to include links in your article."
He says you have to come ready to place the order so WordsAgents can execute it for you.
"And then we'll have a great relationship."
He also says that sometimes they get a client who really wanted the $1 a word writer but then tried to get the same level of service out of their agency's lower prices.

"We've got a process we need to go by in able to give you these great wholesale prices, but the trade-off is you've gotta know what you need. That's what it is."
On whether AI will replace human writers
Garrett brought up GPT-3, an AI that wrote an article. Ironically, GPT-3's op ed said that his mission was to convince as many human beings as possible not to be afraid of them.

Every year WordAgents does a YouTube telethon called 24 Hours of SEO to raise money for St. Jude's Children's Hospital. Follow the 24 Hours of SEO link to get the replays for 2018 and 2019.
He says he constantly promotes St. Judes.

"They're doing a lot of cancer research, and I think that's great."
Connect with Vin D’Eletto
Want more insights from Vin? He also says he's on any number of SEO Facebook groups!