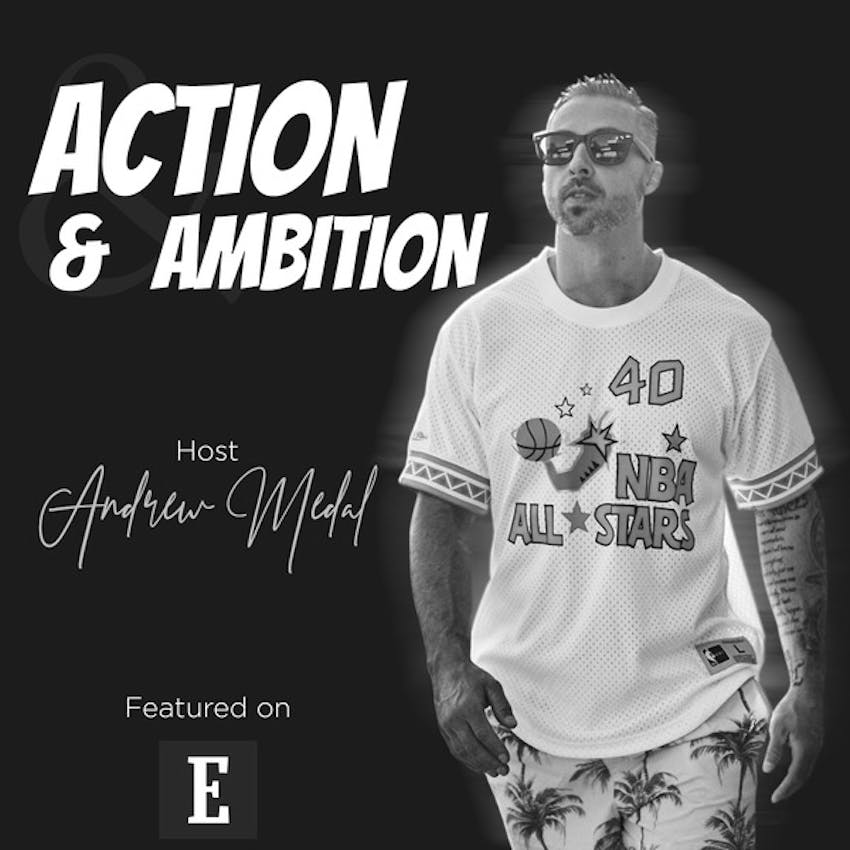 Josh Luber Took his Love of Sneakers and Turned it Into A $1 Billion Business. Now His Love Of Sports Cards Is Fueling His Next Venture

Welcome to another episode of Action & Ambition with your host, Andrew Medal. Today’s guest is Josh Luber.

Josh Luber is the co-founder and CEO of the disruptive stock market-modeled online sneaker marketplace, StockX. Within a short timespan, Josh has transformed sneaker resale and turned StockX into a $1 Billion business. Luber founded many online companies before StockX, including Servinity, that went bankrupt due to the financial crash in 2008. Luber worked a consulting job after that, and in 2012, he used sneaker sales data to launch Campless, the precursor to StockX. He is also the founder and CEO of Stealth Trading Card companies and is moving on to his 5th and 6th startups.

What was the process like for Josh while starting his businesses? (3:32)

Looking back, Josh says he had some kind of corporate job between each of his startups.  His life also changed exponentially between each of his startups as he started a family.  Starting a business is always a risk for everyone involved, and anything that happens during a startup can change how it goes drastically.  Josh’s last startup had to shut down before exiting because of the crash in 2008-2009.  Josh was in Atlanta during that time, and it had a terrible job market; he eventually took a job in IBM, which had him move to New York. As a strategy consultant in NYW, the city was a jumping-off point for capitalists, which ended up becoming StockX. As a startup guy working in IBM, it’s a good company because it’s the definition of big corporations and bureaucracy.  If you find yourself in that position, you have to start working and looking for stuff to do on the inside.  Josh believes that if he never went to work at IBM, StockX would’ve never happened because it allowed him to accumulate enough taste and skill level with data to ask the right questions. So even though his experience at a Law firm and IBM might look like anomalies on Josh’s resumé, they were both massively helpful in all of his endeavors.

What was the data that Josh saw that made him start StockX? (10:12)

Josh says that it is extraordinary that what is happening in terms of data in the trading cards right now is almost identical to what was happening in the sneakers in 2012.  It’s the big reason Josh has decided to leave StockX to go after trading card companies was because of the similarities for sneakers at that time.  In 2012 there was no price guide, there was no Beckett for sneakers, no Kelly Blue Book, and as sneakers became more mainstream, that became more and more of a problem.  Sitting in IBM, deep in the data space and having collected sneakers his whole life, and always following the sneaker market, Josh was also just searching for side projects.  He thought about trying to get his hands on some sneaker data and seeing what he could do with it, and eventually, he figured out how to collect eBay data. It became clear very quickly that no one was doing real analytics around the resale market at that time.  People were still using eBay sold auctions to understand the price of a pair of sneakers, the value of them.  It was a very insular, fragmented market at the time. Using the data Josh collected, he looked at what he could build around it, and no one else was doing that.

Josh was happy about this question because most people usually ask him what’s the most expensive shoe he owns, and he’s gotten tired of answering those questions.  For Josh, it’s about the process, and all the success he has had with StockX is impressive, and he’s excited that that success allows him to do it again.  With the age his kids are now, Josh is excited because growing up, the word entrepreneur did not exist. Going after your dream and making a business, a career from something you love to do was rare. Josh was lucky that what he loved as a kid has grown into the two biggest things in culture and commerce. But it was the actual process of starting up the business and building it that he enjoyed the most.  He hopes that his passion for that will reflect in his kids and show them how to create value—hiring people, creating jobs, and helping the world.

StockX is a Detroit-based online marketplace and reseller of sneakers, streetwear, handbags, and collectibles. Acting as a live bid/ask marketplace for the most hotly anticipated drops.