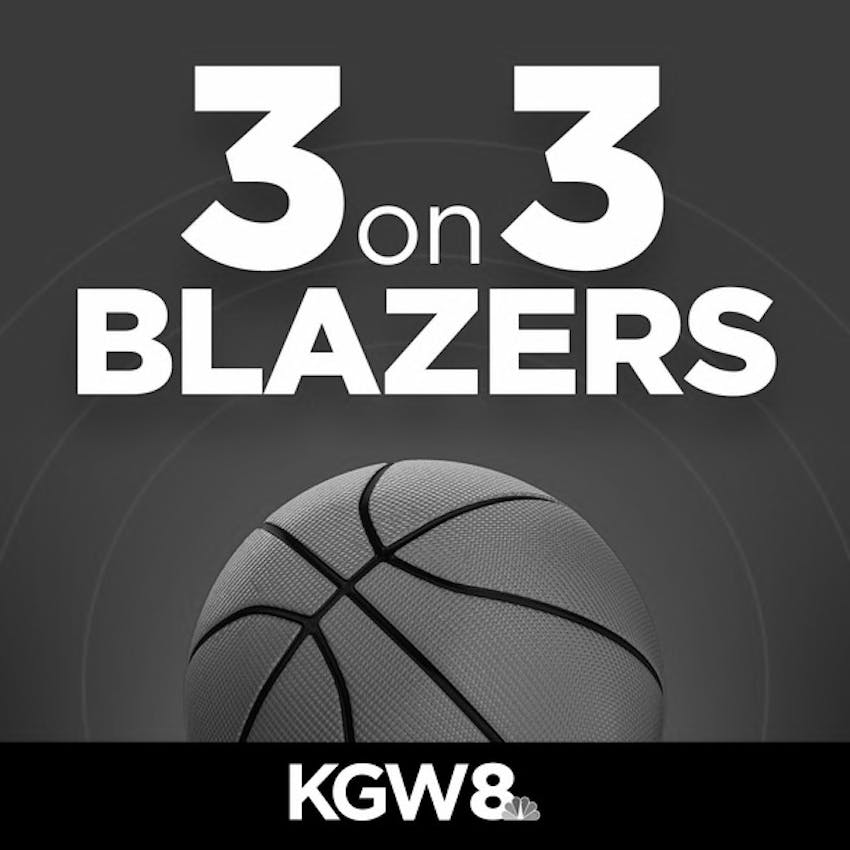 On this week's episode of the 3-on-3 Blazers podcast, we talk about the death of Kobe Bryant, debate whether it's time for Blazers fans to believe in this team again, discuss Carmelo Anthony's desire to retire in Portland and make predictions for the next three games.

Get more Blazers and NBA coverage at kgw.com/blazers

1. The Blazers beat the Rockets, again. They've won five of eight. Dame got his first-triple double and is playing at the top of his game. Is this the start of another second-half surge for Portland? Should Blazers fans believe again?

Nate: We had a similar question two weeks ago when the Blazers beat the Rockets and my answer was no. And while my answer is still no, it’s not as definitive as my answer two weeks ago. So, what’s the difference? The Blazers beat another good team in Indiana. Trevor Ariza is an upgrade from Kent Bazemore. And Damian Lillard is playing out-of-this-world ball right now. With all that said, the Blazers are still just 3-3 since beating Houston two weeks ago. Granted, it was against a stretch of schedule that could have gone 1-5. But the Blazers need to start making up ground at some point on Memphis and not just holding serve. And as great as Damian Lillard is, I don’t see him averaging 43.7 points, 9.2 assists per game and shooting 50% from beyond the arc the rest of the season. The Blazers have needed Lillard to play at this historic level in order to stay afloat the last six games. If his production dips, even just back to regular All-Star level, I’m not sure the Blazers will be able to win enough to make up ground and make the playoffs.

Jared: Count me as a believer. In the past 13 games, the Blazers are 7-6, and their offense ranks fourth in the NBA. Their defense is still a train wreck, but they've been scoring enough to carry them to wins, even against good teams. In the past 13 games, Damian Lillard has been on a tear, averaging 34.8 points on 49.6% from the field and 45.8% from 3. The Blazers are getting contributions from Hassan Whiteside (16.0 points, 15.0 rebounds, 4.0 blocks), efficient scoring from CJ McCollum (19.3 points on 45.5% from the field and 41.1% from 3) and though it's been only three games, Trevor Ariza looks like he's just what the Blazers needed (finally, a real small forward!). Portland is also getting a little consistency from its bench. Over the past 10 games, Gary Trent Jr. and Nassir Little have actually helped the Blazers when they've been on the court lately. The Blazers haven't had many reserves you could say that about this season. In the past 10 games, Trent Jr. is averaging 10.3 points, shooting 42.3% from 3 and has a net rating of +7.2. Little's stats are fine even if they don't jump off the page, but his net rating is an impressive +6.2. Portland isn't likely to take off quite yet because their schedule remains tough. They face winning teams in eight of their next 12 games. But after that, the schedule gets much easier. Only seven of Portland's final 22 games are against winning teams. If Portland can keep their heads above water, they're poised for a really big run to end the season.

2. Carmelo Anthony told The Portland Tribune's Kerry Eggers he wants to retire in Portland. Buy or sell? Anthony returns to the Blazers next season to finish his career in Portland.

Nate: I’m going to sell this. But compared to where we were when Melo first signed with the Blazers in November to where we are now shows just how much both Melo and the Blazers have benefited from this partnership. The reason I say no is because I think Melo will garner interest from more teams this offseason now that his reputation has been stabilized. And given the Blazers' cap situation, I could see Melo going somewhere else where he has an opportunity to potentially make more money. If it’s not money, then the biggest factor will be what Melo values. If he values winning and is open to being a scorer off the bench, then I could see him staying with Portland. That would certainly be a dimension the Blazers would love to have. In Eggers’ story, Melo talked about how hard the adjustment to going to the bench was for him in Houston. So, as happy as he has been in Portland this year, I can't help but wonder if he's really willing to accept a bench role with fewer minutes and scoring opportunities.

Jared: I've really enjoyed watching Carmelo Anthony on the Blazers this season. He's so fun to watch. I know he's inefficient. I know he's not an impactful defender. But I still really enjoy watching him play. He's also been great in the locker room and a great interview. The idea of Anthony returning next season to finish his career in Portland is appealing on some levels, but I'm going to have to sell this because I don't think the situation next season will match what Anthony wants. The reason this partnership has worked so well this season is because the Blazers had an available starting position, as many minutes as Anthony could handle, and a coach who wasn't going to try and turn Anthony into a player he isn't. I don't know if that seamless fit exists in Portland next season. Anthony's role would likely be as a high-scoring reserve, and I don't know if that's what he wants. It seems like he wants to be in a position where he can start and be a major part of a team's offense. And he may get better offers in free agency than what the Blazers want to pay him. There may be better fits elsewhere next season.